“AMOUR,” “BEASTS OF THE SOUTHERN WILD” WIN AT THE CANNES FILM FESTIVAL

by Scott Macaulay
in Festivals & Events, Filmmaking
on May 27, 2012 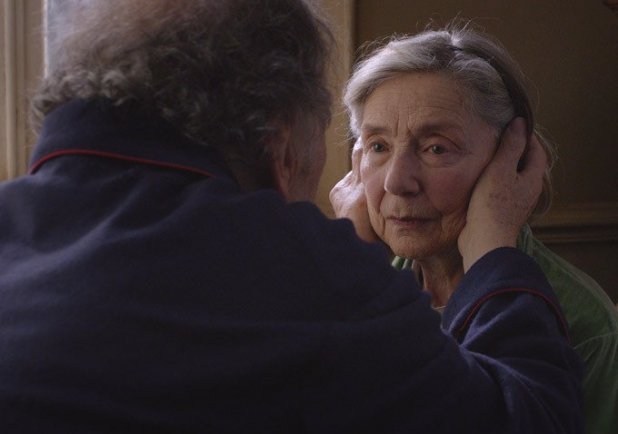 Michael Haneke picked up his second Palme d’Or in a row today when the Cannes jury awarded the Austrian director the festival’s top prize for Amour (pictured), his tale of an elderly couple dealing with the wife’s catastrophic health issues. The award was surprising only in its lack of surprise — while the preceding prizes had been unanticipated choices, Amour, to be released later this Fall by Sony Pictures Classics, was easily the consensus pick of critics and Competition viewers. In other awards, the Camera d’Or for Best First Film went to American independent Benh Zeitlin for his Beasts of the Southern Wild. (Selected for our 2008 25 New Faces list, he’s our first such selection to win the Camera d’Or.) Relative surprises were the directing prize to Carlos Reygadas for his perplexing and personal experimental left-turn, Post Tenebras Lux, and the Grand Prix (Runner-Up) to Matteo Garrone for Reality, a drama about a Sicilian fisherman obsessed with the possibility of being on the Big Brother series that received mixed response from critics. Another surprise was Best Actress, for which the jury passed over strong performances by veterans like Emmanuelle Riva (Amour) and Marian Cotillard (Rust and Bone) for the two young newcomers in Cristian Mungiu’s Beyond the Hills.

A complete list of awards follows, with further wrap-up coverage here at Filmmaker this week.

Best Actress: Cosmina Stratan and Christina Flutur, Beyond the Hills.