by Nicholas Rombes
in Columns, Filmmaking
on May 30, 2012

Blue Velvet nears its final act, and still the relationship between Jeffrey and Sandy remains obscured in mystery. “Is Friday still on?” he asks her, loudly enough for her father to hear, in an effort to keep up the façade that their relationship is as innocent as something out of the Andy Hardy films. 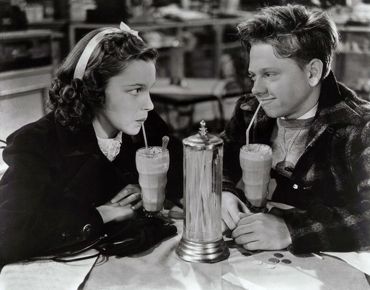 There are the facts of Sandy, and the beauty of her hands and fingers and knuckles, and her exposed ear (“I hear things…”), and the force of her father Detective Williams invisible for now, but present in the off-screen space implied on this side of the camera, and the tension-filled blank space between Jeffrey and Sandy, a space that begs for her to step forward and kiss him on the mouth.

At moments such as this, Blue Velvet becomes a small-town romance film, a sort of gothic soap opera, but one where the stakes are not just the romantic fates of the characters, but the status of their very souls. Upon first viewing the film, perhaps this scene with Jeffrey and Sandy at the bottom of the stairs struck you as an odd moment of calm before the narrative kicked in again. But now, years later, everything about the scene conspires to suggest it is among the film’s most powerfully quiet, humming with its own weird electricity. In his short book The Pleasure of the Text, Roland Barthes wrote that

Everyone can testify that the pleasure of the text is not certain: nothing says that this same text will please us a second time; it is a friable pleasure, split by mood, habit, circumstance, a precarious pleasure.

It’s not that Blue Velvet — or any film, any text — has changed upon our revisiting it, but that we have, shot-through by circumstances that are unknowable to the screen, which replays the same images over and over again. This time, the bottom-of-the-stairs scene strikes you with its split-atom power, so potent that Sandy must reach into the blank part of the screen to steady herself.