by Michael Nordine
in Festivals & Events, Filmmaking
on Jun 19, 2012 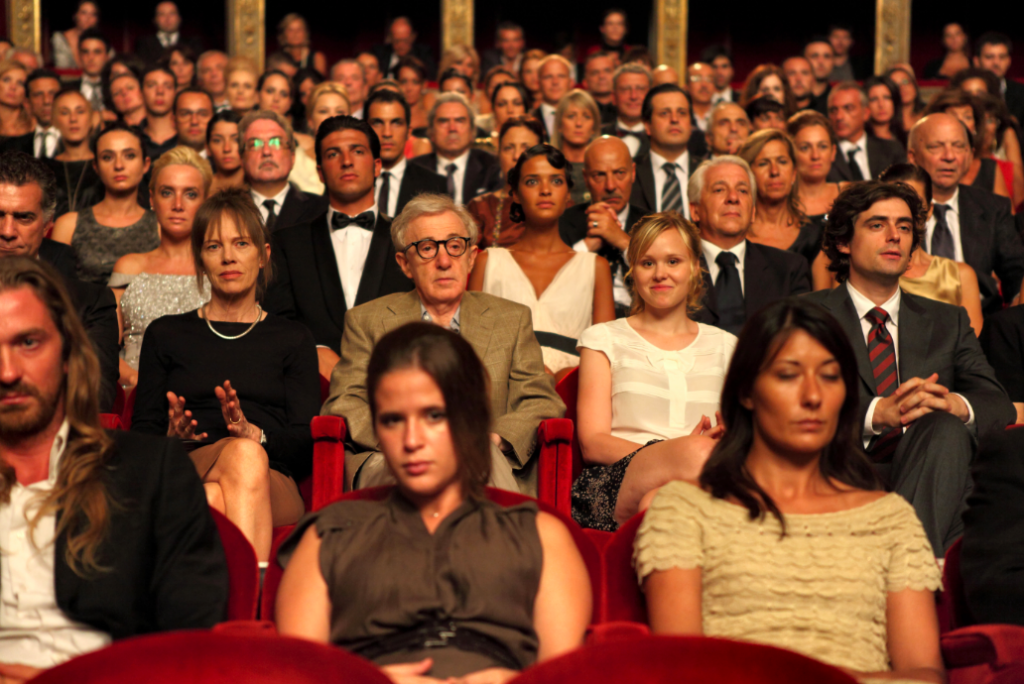 The North American premiere of Woody Allen’s To Rome with Love was the big to-do Thursday night in downtown Los Angeles, and not just because it opened the L.A. Film Festival: Allen doesn’t often visit the city (not even when nominated for an Oscar), making his personal introduction of this latest work something of a coup for the fest. And while it would be wrong to call a new film by the endlessly prolific director a cinematic “event” in the same vein as, say, the arrival a new Terence Davies project, so too would it be wrong to think it old hat. As Midnight in Paris — Allen’s most financially successful film ever, not to mention his most well-received in years — showed just last year, his creativity is far from sapped. The film itself, I’m semi-happily perplexed to report, is actually quite an oddity—one whose worthwhile elements never quite congeal, perhaps, but also a pleasant enough jaunt through the Eternal City.

The film tells four different stories which, for the most part, do not intertwine: an older couple come to meet their daughter’s Italian fiancé for the first time; an ordinary man becomes famous overnight for literally no reason; newlyweds accidentally spend an afternoon apart due to a long chain of mistakes; a potentially insincere seductress tests a young man’s faithfulness to his girlfriend. All the while in this last story line, an architect played by Alec Baldwin chimes in on the proceedings in a way that suggests he might only exist in certain of the characters’ minds—or even vice versa. At times reading as anything from a statement on the randomness (and folly) of celebrity to an increasingly absurd comedy of errors to a meta-narrative that might not even be real, To Rome with Love threads together a pleasantly strange blend of tropes, characters, and narrative arcs, with the ways in which they bounce off and around each other almost always being a sight to behold.

In the case of his lesser output, Allen’s penchant for ensemble pieces sometimes carries the unfortunate effect of giving an exceptionally talented cast not enough to do or conveying the sense that they haven’t all come together in a satisfying way; that isn’t the case here, even if it occasionally comes close. Here, the sprawling cast (Allen himself, plus Baldwin, Roberto Benigni, Penelope Cruz, Jesse Eisenberg, Greta Gerwig, and Ellen Page) exist in separate spheres from one another, neither connecting with each other nor helping us connect the respective dots of their strange entanglements. (And, speaking of casting, it’s almost surprising that Eisenberg has never worked with Allen before: the bumbling, fast-talking persona he’s cultivated over the years seems ready-made for the famously neurotic auteur.) Relationships between family members, friends, and lovers are tested and, as tends to be the case with Allen, not all of them pass. The film is something of a misfire in certain regards — a number developments come about too slowly, while others strain to justify their inclusion in the first place — but the place it’s coming from is so charmingly bizarre that it’s hard to feel disappointed. It may not hit all of its targets, but the fact that it’s aiming at them at all is something to get excited about. 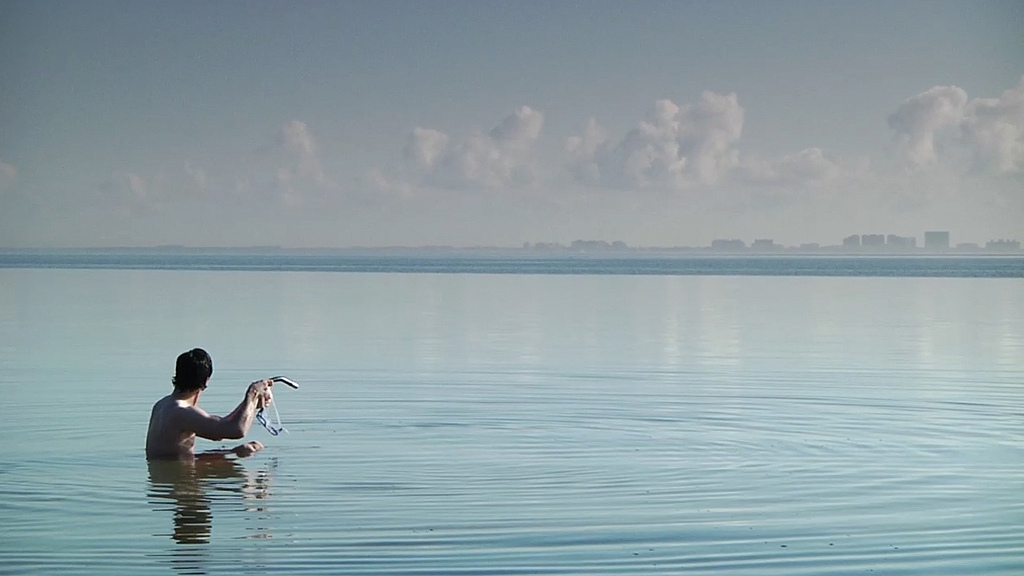 Strange and difficult family dynamics abound elsewhere in LAFF, with David Fenster’s Pincus serving as but one case in point. Fenster clues us in to his central conceit almost immediately: the thirtysomething title character (David Nordstorm) lives with, and cares for, his ailing father in a way that negatively impacts his own social life, especially in regards to a new potential girlfriend. Early on, we watch Pincus help the not-so-elderly Parkinson’s sufferer get dressed and then make an excuse to leave the house, at which point he buys (and smokes) some weed and talks to a friend about how he’s lived in Miami his entire life but never learned to speak Spanish. (As a lifelong Angeleno, I can relate.) Pincus does its thing naturally, even lackadaisically, but rarely without a certain tension belying the otherwise placid proceedings. Living with a father who can’t fully take care of himself imbues every ordinary moment of Pincus’s life with a sense of dread — waiting for the other shoe to drop, more or less — and his forays into yoga, meditation, and alternative medicine betray desperation more than new-age leanings. Nordstorm never overstates his case, but his is a character who’s clearly struggling day in and day out.

Fenster intersperses these domestic scenes with some genuinely striking underwater sequences, not all of them directly related to any sort of narrative. These shots — as well as some oddly intense yoga scenes — heighten the film’s air of unease, which slowly comes to a boil throughout. Pincus has a sort of quiet climax on a tour through the Everglades, the flora and fauna of which play host to a Big Idea discussion of religion, death, and what (if anything) comes after. How to face death, Pincus and his father wonder, and how even to understand God? More to the point, though, is the question of how to forge a new relationship when your closest bond is at risk of deteriorating.

Four is similarly deceptive in its modesty, as its one-night narrative taking place on the Fourth of July (and, as implied by its title, consisting of only four characters) touches on AIDS, interracial/homosexual coupling, and all kinds of Americana. Writer-director Joshua Sanchez adapted the story from a play, and it shows: most scenes consist of little more than dialogue in confined settings, with most of the tension coming from the slow revelation of each character’s individual agenda. Not unlike To Rome with Love, the film’s two main story arcs — one about a gay teenager who meets up with an older man he knows online, the other focusing on that man’s daughter (who doesn’t know her dad is gay) and her kinda-sorta boyfriend — never cross paths, save for a single phone call between father and daughter. At a scant 76 minutes, Four does a better job of introducing its main ideas than it does of fully fleshing out and exploring them, but there’s a certain vigor to it that can’t be denied. Ditto the characters: thinly sketched though they may sometimes be, it’s easy to detect Sanchez’s genuine sympathy for them—sympathy which, over that brief runtime, we slowly come to share.