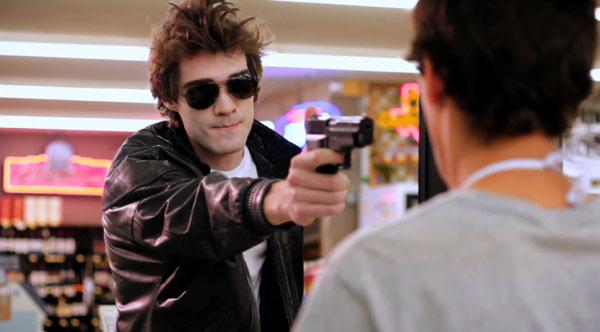 In films about the teenage social scene, there is an inevitable disconnect between the adult director, and the youthful experience that he or she wants to portray. My Sucky Teen Romance is a rare exception, since the writer/director Emily Hagins happens to be 19 years old and a peer to her characters. Hagins began her exceptional career at the age of 12, when she created her first feature-length film, Pathogen, and became the youngest recipient of the Texas Filmmakers Production Fund grant, not to mention the youngest feature film director in the United States. The zombie movie was a group effort in her neighborhood in Austin, Texas, where Hagins was known affectionately as the “Movie girl.” Cameras also documented every behind the scenes moment of the production process for a documentary called Zombie Girl: The Movie. Since then, Hagins has developed into a more professional and experienced filmmaker, delving into more complex plots, and seeking out talented actors.

My Sucky Teen Romance is set at a sci-fi convention where four geeky friends plan to indulge in the festivities for their last event together before one leaves for college. The girls innocently search for a little romance before the end of the convention, only to find that real live vampires are on the premises, and hunting down victims. The story blends horror and comedy, and serves as Hagins’ own twist on the teen vampire phase of modern media. Emily Hagins has become a sensation in the independent film world, not only because of her impressive accomplishments at an early age, but also due to the cinematic skill and unique style shown in each of her films so far. Hagins spoke to Filmmaker about My Sucky Teen Romance (out today on DVD, Blu-ray, iTunes and VOD), her career and starting young. 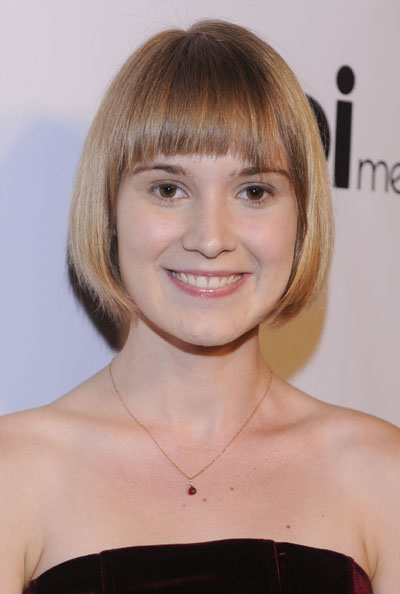 Filmmaker: How have you matured and improved as a filmmaker since your debut at age 12? What’s the most significant thing you’ve learned?

Hagins: I think I would have to say production value, though my budgets haven’t really increased by leaps and bounds since then. I think the most important thing with low-budget filmmaking is to keep your story at the forefront of your audience’s attention, and not let things like bad sound/lighting/acting/sets become a distraction just because you didn’t have the means to afford to do everything the way you stylistically and technically envisioned. Having a good story will always resonate with an audience, despite your budget or resources.

Filmmaker: What did you hope to portray about the real teenage experience, through the filter of today’s teen vampire phenomenon?

Hagins: I think there’s a lot of comedy in teen awkwardness, which seems overshadowed by the dramatic implications of drugs and sex and violence in a lot of teen TV shows and movies. Not to mention the actors in those shows/movies are sometimes played by 30-year-olds pretending to be in high school. I wanted to cast kids who looked and felt like the kids everyone went to high school with–genuine, awkward, not quite sure of what they’re doing…all the things that categorized high school for me. But at the same time, they have to deal with the real consequences of something out of their control and dangerous.

Filmmaker: What was your experience like financing the film through Indiegogo?

Hagins: I think it really worked for this particular project. We were able to get in touch with the fan base of the vampire genre directly, and let them be apart of something we really wanted to make out of respect for geekdom and horror fans.

Filmmaker: In your first film, Pathogen, a lot of the actors were from your neighborhood. Were the My Sucky Teen Romance cast members people you knew of from town/school, or did you search for more experienced people to fill the roles?

Hagins: They were all real kids, but with various levels of acting/film experience. Some where more theatre-oriented, while others had more film experience. I tried to bridge the gap between their techniques on set, and I felt very lucky to be working with such a hard-working group of people who were willing to try new things to help the project come together.

Filmmaker: What are your plans for films in the future? Are you interested in remaining on the teen horror track, or developing and expanding your work into other genres?

Hagins: I probably always will have a love for horror, but for me it really depends on the story. Right now I’m really gravitating towards comedy, and plan to use my perspective in all of my projects. I’m just always excited to take what I’ve learned from my previous films and apply them to the next project.