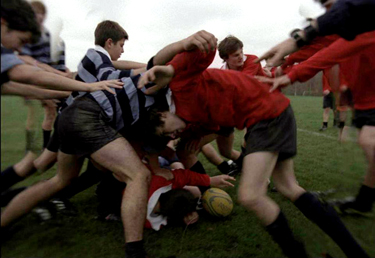 The optimist and the contrarian may find common ground in anticipation; to be a festivalgoer at the Toronto Film Festival is to be a bit of both. Particularly when preceded by negative reviews trickling out of earlier festivals in Cannes, Locarno, Venice and Berlin or less-than-enticing trailers, the debut of new work from filmmakers who have proven themselves capable of greatness can have cinephiles’ hearts in their throats. What if the hype is true, and your favorite living director is no longer creating essential work? Yet with reports of boos just might come a sneaking desire to go to that movie anyway. See for yourself. Don’t believe everything you hear. Maybe, just maybe, it will prove everyone wrong.

“Self-indulgent exercise in exquisite pseudo-profundity commits hara-kiri on [director’s] own reputation,” proclaimed The Hollywood Reporter‘s Neil Young from Cannes, going on to describe the latest film by Carlos Reygadas, Post Tenebras Lux (After Darkness, Light), as “offensively self-indulgent cubist folly.” But surely Young couldn’t have truly loved Reygadas’ previous film, Silent Light (2007), a cinematic revelation enshrined at #1 of my top films of the decade. The title of the latest work by the controversial filmmaker directly evokes his previous feature; it was shot in the silent film aspect ratio 1:33 (like Gus Van Sant did with 2003’s Elephant and, more recently, Michel Hazanavicius used for last year’s The Artist), an unusual visual choice with the potential to challenge the already visual-attuned Reygadas. The film is also reported to be his most personal, with locations from England, where he attended boarding school, to the village where he lives in south of Mexico City. For this project, Reygadas even brought his family on board: his children, Rut and Eleazar, perform before the camera and his wife, Natalia Lopéz, was the film’s editor. Plus, the work netted the Best Director award in this year’s Cannes competition; surely it couldn’t be all bad… right? 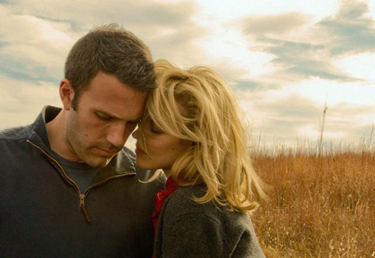 To the Wonder by Terrence Malick

“Sneering, jeering, and booing” are not the response one might expect to greet the latest cinematic reverie from American auteur director Terrence Malick. Yet when To the Wonder premiered at Venice this week, that’s exactly what it got, according The Guardian; The AP described boos along with “tepid applause,” and went on to declare the film the definition of “self-indulgent filmmaking.” The list of actors left on the proverbial cutting room floor seems to grow with each retelling; performances by Amanda Peet, Barry Pepper, Michael Sheen and Rachel Weisz have all reportedly been either been much reduced or omitted entirely, which indicates that drastic measures were taken  to “find the film” in post-production. But let’s remember that axed actors and boos are nothing new to Malick who won hearts, minds and, last year, the Palme d’Or with The Tree of Life (that film was itself greeted by a similar response at its Cannes premiere). Granted, it’s hard to imagine my favorite of his works, The Thin Red Line (1998) being greeted thus… but here’s hoping against hope that Wonder is the strongest Malick yet. 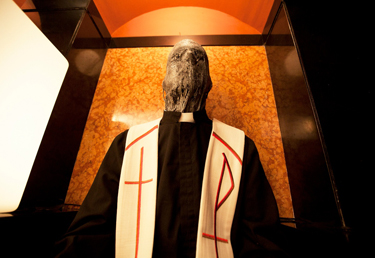 The Lords of Salem by Rob Zombie

“God hates the Lords of Salem / No one can save them,” intones metal god/horror director Rob Zombie on the track that will unite his two personas. Zombie’s latest film, The Lords of Salem, which will premiere as part of this year’s TIFF Midnight Madness program, tells the story of a cursed hit song (recorded by Zombie himself) that makes its way onto a Salem radio station, much to the detriment of listeners (and, one assumes, humankind). The eponymous song appeared online in May, accompanied by an animated music video and a trailer that premiered at the end of a concert Zombie played with Megadeath, assuring viewers that cross-promotion was underway. Horror film fans adored the House of 1000 Corpses (2002) and The Devil’s Rejects (2005), which authenticated Zombie as a thrashing, directing double threat. But since then, Zombie’s intervening films Halloween (2007) and Halloween 2 (2009) were disappointing; Time Out New York‘s Joshua Rothkopf described them as “exactly the kind of bland, scareless remake the fans were fearing.” While those projects could be written off as studio fare, Zombie has since assured reporters that for his new film, like his first two, he had complete creative control. Will Lords be a return to form… or will viewers feel the same way about the film that the Almighty apparently does?  The optimist and the contrarian have their fingers crossed.