Chris Marker and the Image Industry 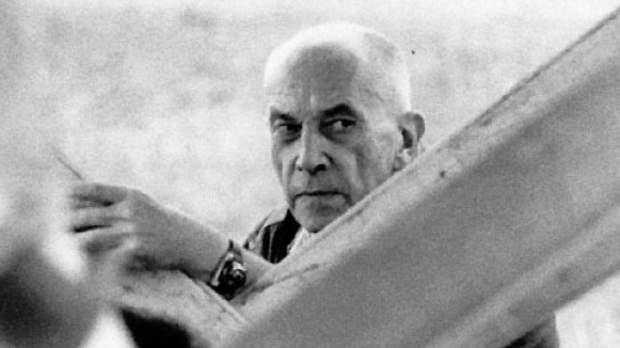 by Zachary Wigon
in Filmmaking, Post-Production
on Sep 12, 2012

The idea for this essay first came to me during a GChat conversation with a friend a few weeks ago. We were discussing how my friend, whom I’ll call Martin, had recently met a young man over Grindr, an iPhone app that enables men to meet other men who are looking to hook up at present. Martin told me that after finding this particular young man (whom I’ll call Dave) on the service, Martin – armed with the knowledge of merely Dave’s first name, town of residence and what he looked like – was able to find Dave’s Facebook page, see their mutual friends, find out where he had gone to college, where he worked, what his job title was, and more.

The cult of personality, perhaps the most dominant religion in contemporary American life, is nothing new. For as long as media has been capable of re-presenting images of individuals for mass consumption, humans have engaged in various forms of idolatry. For much of human history, the tools by which idols are created and distributed – be they stained-glass windows or canvases or cameras or movie theaters – have been held in the hands of a select few with the knowledge to operate them. And even if you were able to paint a self-portrait or make a film starring yourself, that didn’t mean you would have a receptive audience.

So for much of our history there have been the viewers and the viewed, with channels of media controlled by powerful institutions run by a select few. Yet with the trappings of contemporary life we have moved into a social sphere where any individual has the ability to create and distribute their own images to a mass audience, to forge idols of themselves – and this we are doing with great commitment, seeking perhaps not the fifteen minutes of fame that Andy Warhol promised us, but rather attempting to slake a sadder desire – the desire to believe that each of us is a real person. In America in 2012, visibility is a precondition of existence.

When Martin told me about uncovering Dave’s full array of internet personages, my mind immediately turned to another recent occurrence. A few weeks earlier I had gone to Light Industry, the Greenpoint art gallery, for their all-day memorial screening of the recently deceased Chris Marker’s works. Marker (pictured above), a filmmaker who once described himself as “the most well-known author of unknown films,” was (sadly) perhaps as known for his avoidance of creating a public profile as he was for his films. Marker was vigilant about making sure his photograph was never taken, and I’ve read that there are no more than a dozen photos of him in existence. 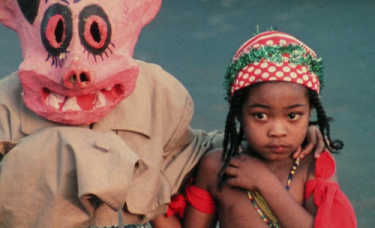 Because of this I found it somewhat shocking to come across not one, but two photographs of Marker at Light Industry. In between screenings during the marathon session there was a room in the back that was open for browsing. The room had been converted into a temporary Marker museum, with choice memorabilia on display. There were lovely enormous posters of Sans Soleil and Level Five, an amusing fax from Marker, an English-language copy of his novel, The Forthright Spirit, and a photograph of Marker alongside a few other filmmakers. The novel (which contained a photo of a young Marker) and the photo of Marker with the other filmmakers were what shocked me. While I understood – even appreciated – how the photographs of Marker enabled us all, Marker devotees, to achieve some sort of communion with our dead hero, it also felt a bit vulgar. The presentation of the photos of the supposedly un-photographable Marker felt like a displaying of trophies won in battle, Marker’s resolve to keep his image outside the realm of representation lying in bloody defeat.

Perhaps (hopefully!) I’m wrong – perhaps Marker instructed the friends of his that supplied the photos and items that he didn’t mind representations of himself being shown after he was dead. Regardless, I questioned the gesture, though it was certainly made with the best intentions. When Martin mentioned the incident with Dave, my mind went back to the Marker photos. Was Dave’s fate the same one Marker was avoiding? Why the enormous attraction to, and repel from, the same thing – being portrayed in an image?

People like Dave are all too happy to voluntarily provide not only photos, but all other kinds of information about themselves on the net. It makes sense – in the first world, when we think about having our photo taken, it’s normally with positive connotations – people who have their photo taken are important, often famous and/or wealthy, clearly on the receiving end of cultural capital. But becoming visible in the public sphere can just as easily be the first step toward oppression. In a country run by an authoritarian regime with a secret police force, having one’s photograph taken can be the first step toward imprisonment, torture and death. In a country that demonizes certain social practices, like homosexuality, having one’s photograph taken can mean social and economic ruin. I think of the infamous photos – all too many of which exist – of men being taken out of gay bars during raids, covering their faces to shield themselves from the photographers’ cameras and flashbulbs. Anonymity has conferred plenty of benefits in the past, too – if you were, say, a monarchist during the Reign of Terror, it was far better to be anonymous than someone with a public profile.

The power of an image to confer fame or infamy on any ordinary person belies the power of the image industry, and I think it’s this power that attracts Dave and repelled Marker. The image industry is the forces and channels of Big Media at work. It’s the reason some events play longer in the news while others never get reported at all; it’s why some people are more famous than others; why some places and things appear desirable, while others less so, or repellent. The power of the Big Media apparatus is mimicked in miniature form in user-controlled media like Facebook, where any average Joe can be a “celebrity” on a smaller scale.

Marker understood the power of Big Media (as does his New Wave comrade, Jean-Luc Godard, who spoke about Big Media quite powerfully in the lecture scene in Notre Musique, but has dealt with it his entire career as well). He articulated in plenty of his works – most notably Sans Soleil – that representations of events don’t explain those events so much as they define them. As his alter ego Sandor Krasna says in Sans Soleil: “I remember that month of January in Tokyo, or rather I remember the images I filmed of the month of January in Tokyo. They have substituted themselves for my memory. They are my memory.” Ever aware of the ease by which images take over the things they represent, and the difficulty of understanding history and the images thereof (see a section in Sans Soleil on a coup in Guinea-Bisseau for more on this), Marker may have made a conscious decision to not volunteer his image for the Big Media machine that made such a mess of things. He also devoted his life to creating a more responsible, truthful record of history, pointing his camera toward many of the events that Big Media deemed too insignificant cover.

Big Media is often a creative force, erecting myths that it believes culture demands – like how media networks reported that U.S. PFC Jessica Lynch, who was captured during the Iraq war, only was taken prisoner after she put up a guns-a-blazin’ Rambo-esque fight. The story turned out to be completely false. It’s this level of creativity that is required to turn a regular person into a star, and it’s this sort of creativity that I believe Dave was engaged in. Marker was not engaged in a creation of himself (at least a traditional self – more on this in a paragraph!), but rather the effacement thereof – a rarity in this era of outsized artistic personalities.

So my theory is that Marker, in keeping with his artistic principles, turned away from any sort of contribution to the image industry. (In a traditional sense, anyway – Marker did have a YouTube account and a little world in Second Life, but his YouTube account was a place for him to post his own short works, not anything personal, and the Second Life account was devoted to his alter-ego avatar, a cat named Guillaume. No one was in danger of coming across a Chris Marker Facebook profile! A Sandor Krasna profile, though – one wonders.) This principled stand reflects a simple desire for privacy, certainly, but when viewed in the context of Marker’s work it also speaks to so much more: the firm decision of an image-maker to not become a part of the conventional mode of image-making in our society. A self, Marker understood, did not need to be created and exhibited in public in order to achieve validity – rather, his art was fully capable of doing that for him.