How to Meet Your Match at Film Week 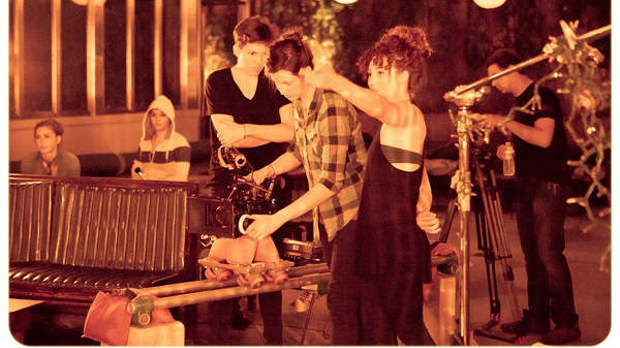 by Alexandra Roxo
in Festivals & Events, Filmmaking
on Sep 17, 2012

If this were a personal ad, it would read: 2 SWF ISO BAP for a LTR.

Translation: Two sharp-witted filmmakers in search of bad-ass producer for a long-term relationship.

See, my writing partner Devon Kirkpatrick and I wrote a script called Brooklyn Flee, it’s in the Emerging Narratives Program at Film Week, and we are looking for a producer. In our script, the two lead characters meet on Craigslist — not in the “Women seeking Women” section, but the “For Sale” section. (No, neither of them are for sale. Wrong movie.) They are two girls living in Brooklyn in their mid twenties who both happen to be moving west at the same time, one of them selling some things before embarking on an epic journey propelled by a family crisis. They take a risk and decide to share a ride across the country and a bunch of romance/debauchery/adventure ensues.

While bouncing to reggaeton in my Zumba class this morning next to a 65 year old in a purple unitard, I was yet again reminded how New York has the ability to force us to be in contact with people we probably we have never met otherwise. Film Week is going to take this to a whole new level. We will be meeting producers, agents, programmers…and hoping to make a connection. Chance encounters can be awkward, or they can be awesome. In Brooklyn Flee, our main characters, Jesse and Charlie, meet randomly, and somehow they are a match. I really hope to meet a producer like that…in a magical, slightly awkward, yet incredibly profound way.

Is that too much to ask?

Everyone I know who went through Film Week with their scripts said it was like speed dating. I’ve never done speed dating, but I did OkCupid for a few months and that basically only paired me up with friends and one girl who massaged me with coconut oil, said she was addicted to me, and then never texted me back. So I get it: sometimes random encounters don’t end magically.

But, luckily, I’m not looking for the love of my life at Film Week, just hoping to meet a few potential producer candidates. I’ve been making films for the last seven years and produced all of them in some capacity or another. Instead of directing or planning for the next shot, I’ve found myself calling Wal-Mart to see if they have a cable, checking to see where the food is, or signing a check mid shot.

I do not want to do this on my next film.

I mean, I get it, sometimes it’s unavoidable, but on my next film I would really like to direct. Just direct. 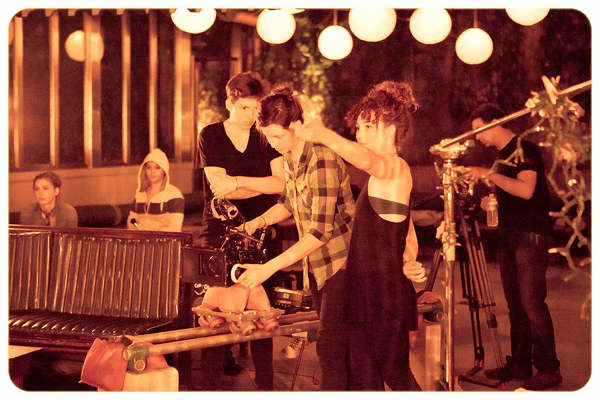 One thing I’ve learned in the past few years is that if you’re on hold with Wal-Mart waiting to see if they have a 1 TB G-Tech, then you probably aren’t thinking about the next shot. So I decided for this film I need a really good producer. Someone who has done it multiple times and someone who I can fully trust.

As I was in LA last week drinking lots of $9 kale juice purchased on credit cards and pretending not to be impatient about waiting 15 min for the $5 pour of coffee, I started feeling stressed about whether or not I should made a budget before Film Week. My buddy Natalia Leite, who is also a filmmaker, said, “Let a producer make your budget! That’s what they do!” (Easy for her to say, she has seasoned producer Derrick Tseng on her feature.) But I did hear what she was saying. Coming from a DIY background makes it harder for me to step back and let somebody else handle what they do professionally.

SEEKING A PRODUCER WHO…

2. Has 1-3 AWESOME films under their belt

Did I forget anything?

How does one prepare to make this connection via 5-10 daily 30 minute meetings? Perhaps like a date with someone who could be the love of your life? For me, this means lots of sage burning, dancing to Rihanna in front of a mirror, and doing as much online stalking, I mean research, as possible.

Also, if you want to hear more about why we are making this movie you can read this article I wrote for the Huffington Post a few weeks ago.