Two Filmmakers Walked into a Bar… 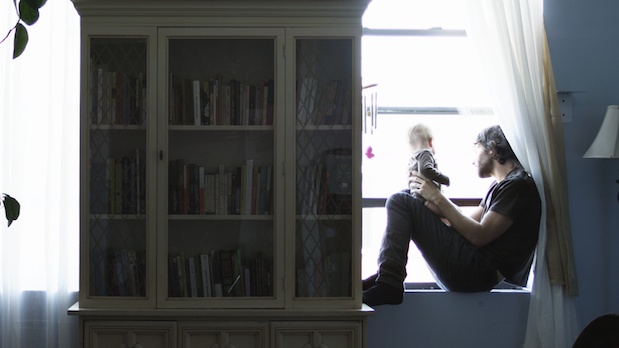 by Gregory Collins
in Filmmaking, Financing
on Nov 12, 2012

The US in Progress market begins tomorrow. I fly to Wroclaw, Poland, in a few hours. Translation: I am frantically packing, burning DVDs, and researching European distribution companies.

An Introduction: I’m a longtime film worker and first-time filmmaker. I’m in the final stages of finishing my first feature. I’m 33 years old, I have two daughters, and I live in central Pennsylvania. For over 12 years I have been a full-time alchemist attempting to fuse well-rounded family life with a career in film. This is an uncertain science and the results have been inconclusive. But A Song Still Inside, my current project, is my most dedicated experiment to date, one that served as an accelerant in my own experience as an ambitious filmmaker, father, and partner.

ASSI, so says our tagline, is about a stay-at-home father struggling in the shadow of his wife’s success. That’s mostly true. More accurately, it is about the intense difficulties – the jealousies and resentments – that plague dual career relationships. It is about one man’s effort to prevent his ambitions from being suffocated under the ambitions of his partner and under the demands of fatherhood. More broadly, it is about male insecurity, about the rise of women and the so-called ‘end of men.’

Eighteen months ago Rodrigo Lopresti and I walked into a bar in Brooklyn. Rodrigo’s then-girlfriend was in a new play opening that night. Rodrigo, also an actor, talked about the competition within that relationship, about how he simply did not have the emotional reserves to attend the play that night. We ordered another beer instead. I then talked about fatherhood, about my futile attempts to write and work while taking care of an infant, and about watching my partner ascend to intimidating heights in her field. This called for another beer. Which lead to brainstorming. And then to writing. A week later we had a full draft of the script. Back in central Pennsylvania, I showed the script to Patricia Beaury, a longtime film enthusiast willing to divert her film school savings into a hands-on education in film production.

Fast forward and here I am, on my way to Poland. If only it were so simple. As it happens, my partner has a conference in Chicago during the same time. Our girls are 4 and 6. We don’t live near family. Neither of us can not go. And irony of ironies: this is exactly what happens in the film. Well, kind of. Turns out we have good friends to lean on, so it isn’t quite as dramatic. But the point remains that the American formula for happiness (career+kids+marriage) is tantamount to a grenade with the pin pulled out.