Buy a Relationship with James Franco for $6,000 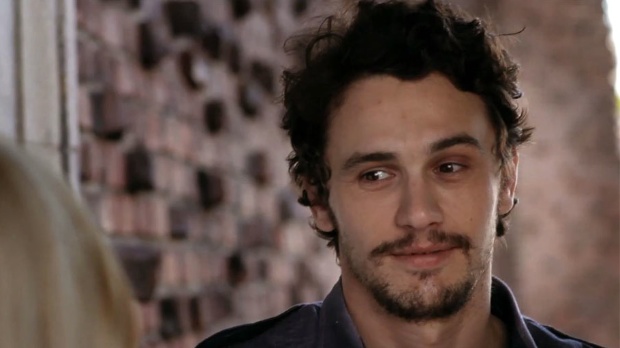 by Scott Macaulay
in Filmmaking, Financing
on Nov 19, 2012

A couple of weeks ago we selected Stephen Elliott’s Happy Baby for our curated Kickstarter page, and since then he’s been adding a number of provocative awards to the campaign. The most interesting was added today: for $6,000, Elliott will transfer to you his relationship with the actor and director James Franco, who starred in his feature About Cherry and owns the rights to his novel The Adderall Diaries. Muses Elliott, “What does that mean?” “I’m not really sure,” he continues. “I can’t promise anything from James, but I’ll send you a notarized document transferring full ownership.”

Memorializing and transferring the immaterial has been the practice of artist Tino Sehgal recently, but I can’t think of a work of his that sells something that is both as physically insubstantial as well as full of real-world utility. Fact is, if you’re in the entertainment industry, a relationship with Franco is worth much more than $6,000. Your publicized access to the actor will attract people to you, whether or not you can actually get Franco to deliver on that access. Indeed, for every “can you get this to James” you’ll be able to notch a favor in return — even if that favor is simply stored away for some future date.

Of course, like every relationship, your relationship with James could end as abruptly as it began. Maybe it will be something you’ll say. Maybe he’ll like you because you’re not one of those people sending him projects all the time — and then will back away when you become that person. Or maybe the opposite — maybe your friendship will be based on your impeccable curation of the underground, and when you try to move into more commercial realms, that’s when he’ll be just not that into you. Best not to push him too hard and simply enjoy his company. He is a smart guy. Put off all those people circling with scripts. “That’s not how I interact with James,” you’ll say. Hold onto your friendship as long as you can. Because, after all, there will come a day when your calls aren’t returned as quickly. And then not at all. Relationships are unpredictable. You never know how long they’ll last.

You can buy your relationship with James Franco here.