This morning it was pretty hard to wake up after just a few hours sleep when we were all already running on empty.  But we rallied the troops (just us this time – no Imperial forces!) and made our way over to the Kodak Filmmakers’ brunch.  Sadly we didn’t do much networking as we had precious little time to plan the day ahead and catch up on the all-important social media buzz on the film’s first showing last night.  We did find 5 minutes for Alexandre to have a quick massage in the Filmmakers’ Lounge though – a much needed boost for his energy levels and a great idea from the fest! 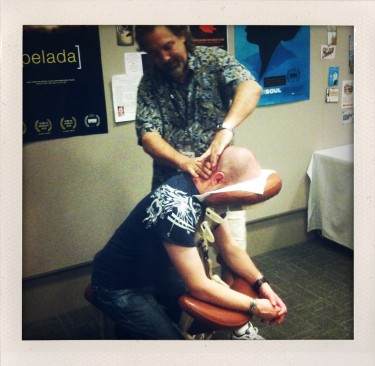 Alexandre gets a massage

Overall the word is pretty good so far.  There was a lot of tweeting about our first show being sold out and the last minute midnight addition, as well as some great early reviews (even micro-tweet reviews!) on the likes of Film Threat and Jonathan London as well as some great in-person feedback from the audience at the party.

A review from John DeFore in The Hollywood Reporter said:

“Even a well-informed “Star Wars” enthusiast will likely make new discoveries here, and more casual fans will be stunned by the homemade remakes, imaginative off-shoots and eagle-eyed edits put together by ordinary people who may have a stronger feel for the Force than the man who dreamed it up.”

To be sure I’m giving all sides of the story here (as I think that’s how these blogs work best), we got a less warm response from Aint It Cool News, but overall we’re really happy with the press we’ve got thus far.  For now, it’s a waiting game for more reviews as more get in to see the film over the week.

My own take on these things as a producer is that it’s very important to work with and support your team when reviews and coverage to come in whether good, bad or indifferent.  It’s easy to forget that just as filmmakers do, critics have to work with their experience, taste and a need to cater to their particular audiences all bearing weight on what they do.  They have a very challenging task of objectively interpreting and presenting a film in review form for their readers.  There’s huge expectation on both sides of the equation that critics work within and as such it’s certainly not a job I envy I must say!

After the brunch it was on to another first.  Our first ever interview in a horse-drawn carriage with mania.com, touring Austin’s streets as they asked Alexandre about his motivation for the film and about the response to the premiere last night.  The mania.com team were really lovely, but I must admit it was a rather surreal experience clip-clopping around town when at such a cutting edge festival … an interesting juxtaposition to say the least! 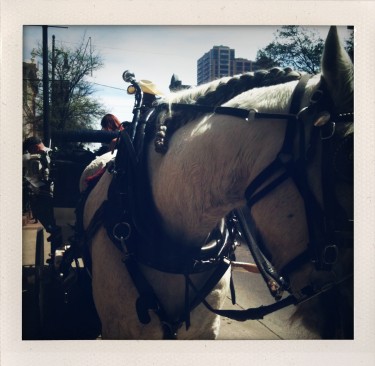 Time for lunch with the team and a refuel at the stately Driskill Hotel, one of the hubs of the festival, and catch up with pals like Alex Amsel from Tuna Technology – a really great independent games developer from the UK.  We’ve been discussing interesting ways to leverage social media further for the film’s release and there’s some exciting stuff on our horizon!

We managed to squeeze in a quick trip to the Filmmaker BBQ at Maggie Mae’s before exhausted, we headed back to the house for power naps.  But, as usual I find myself still emailing, responding to sales agents and distributors and colleagues in town until it’s time to head out to the PBS Party to see the famous Austin City Limits studio and Band of Skulls play.

There was a giant line, which in that weird festival way was actually perhaps more fun than the party – I love the people you meet randomly at film festivals and the strange serendipity of it all when you’re all thrown together like that.  Though, that’s perhaps also because I have to admit I’m not hip enough to really have heard of Band of Skulls, but they had a cool girl bass player so I assume they are so super trendy it hurts. 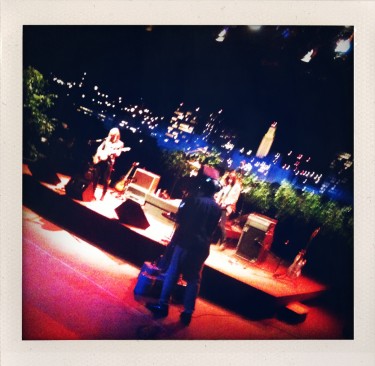 SXSW is full of the latest phenomenon everywhere you turn, so I’ve resigned myself to being up to date on the film and interactive sides of things, but can’t contemplate how far behind on the other stuff right now!  With that it’s back to the house to catch up on much-needed sleep and hit our full day of press and panels tomorrow.