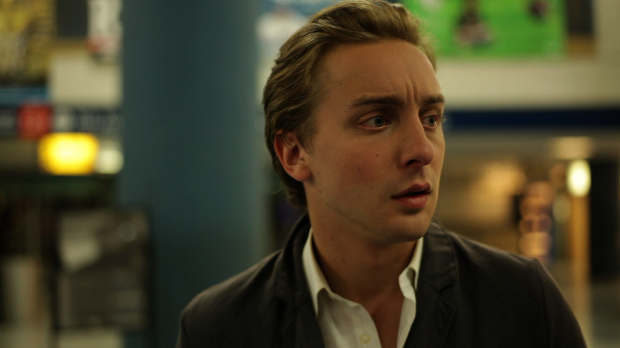 Directly following a week of Sundance announcements, the Slamdance Film Festival, which takes place in Park City between January 18 to 24, has revealed its competition lineup. The narrative competition features films from five different countries — including, interestingly, three from Germany — and the film that I will definitely try to catch from that strand is Nadia Szold’s Joy de V., which stars both Evan Louison (the lead in Filmmaker contributor Brandon Harris’ feature debut Redlegs) and the legendary Claudia Cardinale. In the doc section, Where I Am (whose logline reads, “The courageous story of Gay American writer Robert Drake and his struggle to recover and return to the scene of a crime in Ireland, where, he was left for dead more than 10 years ago.”) sounds like it could be extremely compelling.

Announcing the selections, Peter Baxter, Slamdance President and Co-Founder said, “Our goal is to showcase exhilarating filmmaking with a revolutionary take on our world. These filmmakers have a tremendous ability to innovate, explore and revitalize the independent filmmaking landscape.”

From the press release, the full competition lineup is as follows:

NARRATIVE FEATURE COMPETITION PROGRAM, PRESENTED BY KODAK:
The Narrative Competition is comprised of American and International productions.  All 12 films are feature directorial debuts with budgets of less than $1 million, and were programmed entirely from blind submissions.

Kohlhaas
Director and screenwriter: Aron Lehmann
(Germany) US Premiere
An obsessed director and his cast seek to adapt the true story of a 16th-century revolutionary when their actions behind the scenes begin to mimic the book’s subject.
Cast: Robert Gwisdek, Jan Messutat, Thorsten Merten, Rosalie Thomass, Michael Fuith, Heiko Pinkowski

The Documentary Competition is comprised of American and International productions. All 10 films are directorial debuts with budgets of less than $1 million, and were programmed entirely from blind submissions.

Battery Man
Directors and Screenwriters: Dusan Saponja, Dusan Cavic
(Serbia) US Premiere
Thanks to the powers he discovered by accident, Biba Struja has spent his entire life experimenting with electricity and proving to himself and others that it cannot harm him.
Cast: Slavisa Pajkic

The Last Shepherd
Director and Screenwriter: Marco Bonfanti
(Italy) US Premiere
Renato, the last traveling shepherd left in Milan, has a dream – get to the inaccessible center of the city to meet the children who have never seen a flock of sheep.
Cast: Renato Zucchelli, Piero Lombardi, Lucia Zucchelli, Patrizia Frisoli, Hedy Krissane, Barbara Sorrentini (voice)

My Name Is Faith
Directors: Jason Banker, Jorge Torres-Torres, Tiffany Sudela-Junker
(USA) US Premiere
Faith, a 13-year-old girl who suffers from Reactive Attachment Disorder, attempts to heal from the trauma inflicted by her birthmother’s lifestyle.

Where I Am
Director and Screenwriter: Pamela Drynan
(Ireland) World Premiere
The courageous story of Gay American writer Robert Drake and his struggle to recover and return to the scene of a crime in Ireland, where, he was left for dead more than 10 years ago.
Cast: Robert Drake