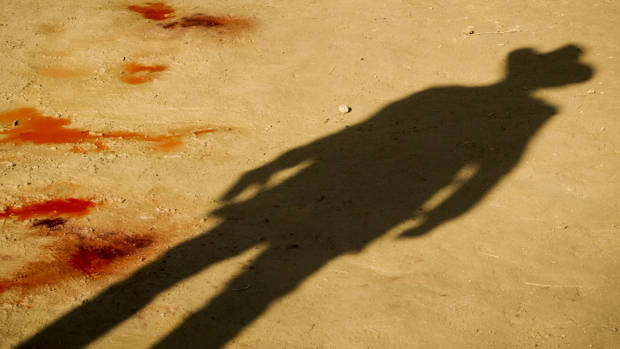 We expect a lot from Quentin Tarantino.  A generation ago, we lined up in the cold and fought for tickets to behold the next Kubrick opus or the latest Star Wars episode.  Today we do it for QT.

This time, he unleashes Django Unchained.  It’s an historical shoot-em-up drama set in the antebellum era of the American South.  Django (Jamie Foxx) is a slave-turned-bounty hunter who sets out to rescue his wife (Kerry Washington) from a sadistic plantation owner (Leonard DiCaprio).  At his side is his mentor, a German bounty hunter named Dr. King Schultz (Christoph Waltz who brilliantly played Colonel Landa in Inglourious Basterds).

Once more, Tarantinto takes B-movie conventions and applies his touch–and, predictably, there’s a hell of a lot of shooting, killing and blood. His taut dialogue electrifies some sequences–particularly the skull scene with DiCaprio–and yet again, the soundtrack is hip and black.  The bottom line is, yes, Django Unchained is entertaining, but I wouldn’t watch it again.

Some films I enjoy and never feel the need to view again, because I uncover all of their secrets the first time around.  Django Unchained is a fun adventure at times, but has little to say other than “slavery is bad and vengeance–through the barrel of a gun–is good.”  The characters are one-dimensional, even though Foxx does a  fine job playing the title character, and Samuel L. Jackson steals the show as Stephen, the vile ass-kissing house slave of brutal plantation owner Calvin Candie (DiCaprio). Beyond that, Django is shallow and lacks a message or even memorable dialogue for audiences to carry out of the theater.  It doesn’t help that the ending meanders and the film is too long.

As for violence, early Tarantino films had little of it, contrary to myth.  Just count the moments in Reservoir Dogs, Pulp Fiction and Jackie Brown.  They are few, but memorable (i.e.the “ear” scene in Dogs).  In Django, gun violence is found a-plenty, yet it’s forgettable.  There’s a gleeful abandon in the killings as if the movie wants the audience to get off on the videogame-like slaughter of bad guys.  (Note: I saw Django Unchained before the Newton tragedy.)  Rather than blazing shoot ’em ups, I wish there were more moments like the skull scene between Candie, Django and Schultz where sharp writing, fine acting and insinuation build genuine menace and tension.

I suspect audiences will flock to Django Unchained over the Christmas season, but walk away without reciting any dialogue or remembering any image beyond Jamie Foxx firing a gun.  I’m sure they will enjoy the 165-minute ride, but once they get off they will forget it and seek another thrill.