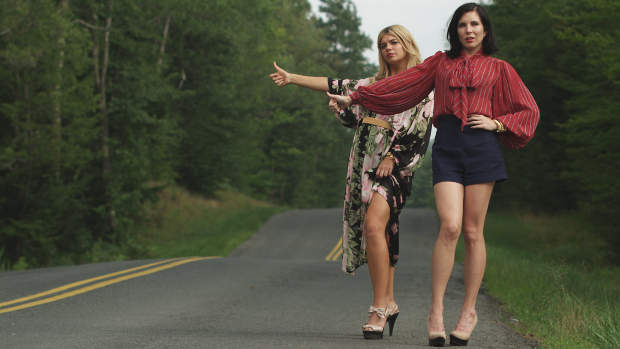 Ass Backwards is a film that celebrates a certain type of delusion. Its central characters, Kate & Chloe, have created their own brand of reality that’s pretty much disconnected from everyone and everything else. And they’re actually having a great time because of it. I think filmmakers may be similar types of asses. We sacrifice our connection to reality for the mad ride of making a film.

There was a point during production where the rest of the world seemed to actually drop away. People who weren’t involved with the film looked and sounded like aliens to me. I had no sense of World News. I was very aware of the weather (but only the weather on set.)  My assistant and I started to dress alike. My dog started to look like a human and I started to look like a dog. And I began to talk to myself in the shower.

If you don’t relate to what I am saying, then I’ve just embarrassed myself. And maybe what I’ve actually sacrificed for this film is my sanity. And, yes, I think the film probably benefited from that as well.