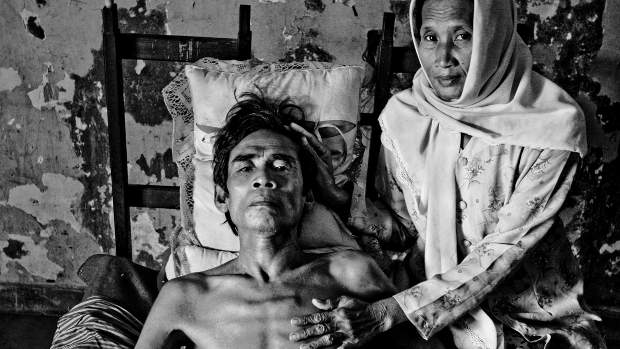 Metaphysically-speaking, there were many times during the more than five years it took to make this film when I felt like I had sacrificed my sanity and freedom… I suppose every documentary filmmaker experiences similar despondency at some point or other, but there were certainly long periods when it seemed like I was desperately trying to find my way through a labyrinth in the fog, and because I had no documentary community to look to for support and guidance here in Mumbai, it was often very lonely. In practical terms, I also had a fully financed narrative feature I was about to go into prep on… so that was also “sacrificed,” I suppose, even though I still plan to make it.

Compared to what the people in my film had to contend with, however, it has always been absolutely clear to me that my momentary, trifling sacrifices are totally inconsequential. My characters and contributors suffered violence and intimidation, were cast out of their homes, disowned by their families, saw their loved ones die around them (sometimes en masse), endured torturous physical pain and literally risked their lives to help win justice for others; the list goes on and on… they did all of it with precious little hope of ultimate success and simply never gave up, so how could I even think of giving up when faced with perhaps one millionth of the adversity they’d bravely shrugged off?

Fire in the Blood is a memorial and a warning, it’s a crime story and a tribute to an incredible collection of people for whom I have boundless admiration. I sincerely hope I’ve done their story justice, and would honestly feel embarrassed to refer to anything I personally went through on the journey to here and now as a “sacrifice.”