In a World… | Director Lake Bell 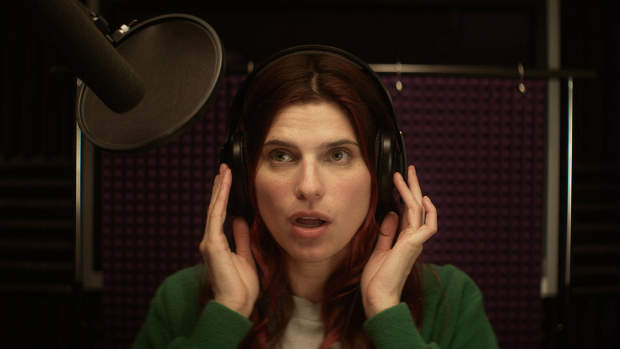 Anybody who’s ever made an independent film will attest that “making sacrifices” isn’t a potential occurrence in the process, but a means to an end. Whether it was re-writes, locations or editorial cuts, babies were slain left and right. I was in a constant state of negotiation with producers, means, and… the world. In that way, I’m no different than anyone else in this business. It’s hard as fuck, which is why not everyone gets to, nor has the audacity to do it. That all said, I became slightly masochistic when logistical constraints arose. I’m sure that one day I’ll scoff at what I’m about to admit, but I maintain that sacrifices and obstacles inherently breed creativity.

In my personal work history, complaining never garners satisfactory results, while problem solving always delivers a resounding high. After all, if the nouveau riche wet-dream palace that’s perfect for your villain is unavailable the only days Nick Offerman can shoot, you go with Nick Offerman. And the runner-up mini mansion may not have been the tacky opulence that I initially envisioned, but it had a guesthouse that doubled as a green room for the actors, encouraging them to stay on set and thus making the days more efficient. If your film is set in New York City for no good reason other than it would be cool to film there, you will re-write it to shoot in LA because it cuts your budget in half. Sacrifices can suck, but it’s not the end of the world. Cancer still exists. Religious wars are still thriving. We’re in the entertainment business and the process of making the content is just as rewarding as watching it, challenges included.