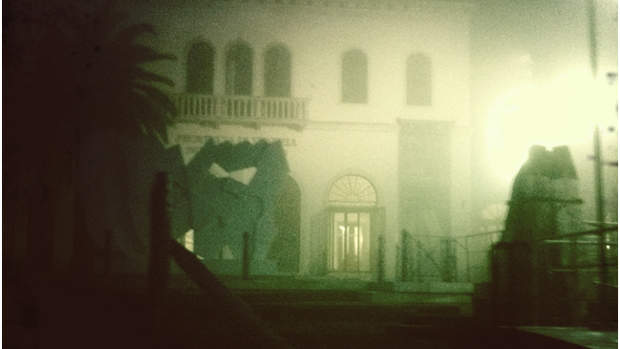 So I was thinking Don’t Look Now, but my sis had Scooby Doo on her mind as we drifted through the eerie fog on Venice’s Grand Canal. We were headed towards San Zaccaria, where we would catch a boat for the last leg of our journey to San Servolo island.

Mai and I met up in Frankfurt — she from L.A. and I from Brooklyn — to fly together into Venice for the Biennale College Cinema, where we would develop and pitch our feature film A Case of the Dismals. The fog thickened as we boarded the waterbus to the island. Any thoughts of Nicolas Roeg and Shaggy dissolved in our minds as San Servolo emerged from the mist like a mirage. My first thought? Welcome to Shutter Island.

San Servolo was known for hundreds of years as the “Island of the Mad” because it served as Venice’s official insane asylum, so naturally I felt a bit spooked on the approach.

Luckily things got decidedly less creepy after some Prosecco and friendly conversation with our fellow filmmakers and the Biennale team. Amongst the 14 other director/producer teams from Africa, South America, Europe and Asia, I met fellow Emerging Visions director Tim Sutton, whose humor and warmth boded well for our stay. I was actually curious to see how the Biennale Program would compare to my experiences with Emerging Narratives and Emerging Visions last fall. For sure, I figured there would be more of a competitive element since only three of the teams would move forward for the second lab, as well as the 150,000 Euro to finance their microbudget project.

On day one, all the teams and mentors gathered together for a round robin introduction, where we had the first opportunity to informally pitch our projects. In hindsight, I can’t believe how far everybody came by the time we pitched to the folks at the Biennale 10 days later. It really blows my mind.

From there, Mai headed off to spend the next several mornings with her producing mentor combing through our budget while I re-worked the creative side of things both in a group setting with a mentor and one-on-one with a script consultant. I loved how these sessions reinforced each other, with feedback from both mentor and consultant helping me to chisel out the essence of my story. At one point as I was reworking a sequence of our film where adolescent girls become lost in a mountain forest, mentor and consultant echoed one another with a comparison to Picnic at Hanging Rock: atmospheric, haunting, a bit ominous and subtly sexual… 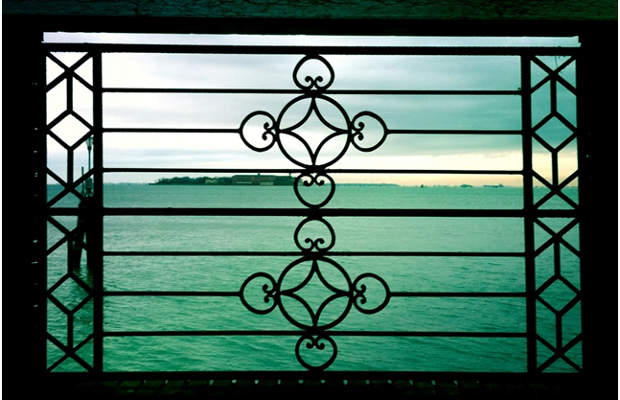 View from the island

As week one drew to a close, the attitude among the filmmakers remained supportive and friendly, though many of us were sick and all of us feeling the stress of a deadline: by the end of the week we were to submit a new and improved version of our story, budget and schedule. Luckily, evenings gave us a chance to relax and wine/dine Italian style. The Biennale treated us to lovely dinners in Venice proper. Primi platti, secondi platti, and great conversation with a diverse crowd of cinephiles…a little bit of film geek heaven.