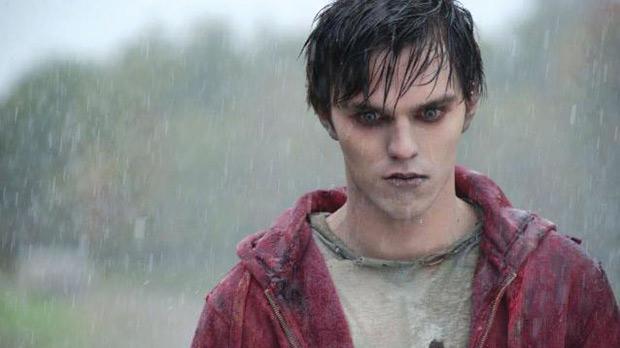 As the writer of a genre column, I spend an inordinate amount of time contemplating the balance between “classic” and “updated” when it comes to monster movie tropes in vampire, werewolf, and zombie fare. How much can a new offering stick to the proscribed strictures of, say, werewolf lore without feeling stale or, at best, adequate? How far can a new film stray from those details without sacrificing the pleasing familiarity we all love, a dependence on immutable truths like zombies are slow, and vampires go poof in the daylight? Every film should have the opportunity to make its own rules, but when referencing stories with such a long history — not just in terms of cinema but also the ancient mythology of cultures around the world — to ignore them would feel not only presumptuous but, somehow, inaccurate. Despite its decidedly softer edge (this is no Romero commentary on the doomed plight of modern man), Warm Bodies gets that balance right, introducing surprising new ideas to a comfy old standard.

The trailer might lead one to believe that the twist here is that this is a goofy romantic comedy merely masquerading as a zombie movie, wearing genre over its gooey center like a bloody, shredded cloak. R (Nicholas Hoult), a zombie living in a post-apocalyptic America who has forgotten even his full name, is frustrated by the limitations of his life and his need to consume human flesh. He wonders if his compatriots also experience a similar yearning to feel and remember again, though none of them share his sentimental fixation with collecting old records from abandoned homes. When he meets Julie (Teresa Palmer), daughter of the leader of the nearest living human holdout (a sadly under-utilized John Malkovich), some buried instinct takes over, and he decides to rescue rather than eat her. However, the effect this revolutionary act has on the zombie community does not go unnoticed by the dangerous Bonies, zombies so stripped of humanity they are like walking skeletal cyphers. The real concept here, however, is not the mere existence of romance between a zombie and a human, but the idea that zombies aren’t shifty, nonverbal groaners because they are no longer capable of thoughts or feelings, but because they have lost touch with the ability to access and communicate them. By having R be the film’s narrator, we are made privy to this flickering inner life.

This is a truly fertile premise, as novel as the vampire-as-sophisticate bit that has been kicking around for the last century and reached its unfortunate, limp conclusion with the Twilight series. The zombies are recognizable as such, but imbued with qualities we haven’t seen before. Not only does this film have a saucy Joe Swanberg-esque title, it engages with some of the same generation-specific questions that mumblecore movies do. Rather than Romero dealing with issues of consumerism and commercialism in his world, writer/director Jonathan Levine deals with the modern inability to communicate, and the idea that such an inability wears down the soul. The difference is that it is fear, which hangs like an infected mist over the new world order presented in Warm Bodies, rather than technology that creates the communication barrier. The result is like Pleasantville with violence; once touched by love, passion, really any strong facet of human existence, a physical change occurs in a former zombie, one that those who are beyond change (in Pleasantville, the stodgy old white dudes, in Warm Bodies, the Bonies) immediately sense and distrust.

Levine, whose past work includes dramedies like The Wackness and 50/50, did not have to give up on disgusting violence or an unapologetically comic tone in order to create a film primarily romantic in feeling. In fact, much of the film’s humor revolves around those zombie tropes mentioned earlier, by poking fun at or simply acknowledging them in a self-aware manner. Seeing the familiar sight of a pack of zombies limping towards the big city in search of food, R complains in voiceover about how long it takes them to get anywhere. He comments on the zombie stare-and-grunt by explaining that he knows he and M (Rob Corddry) are best friends because they stare at each other awkwardly while groaning, which they then, hilariously, proceed to do. In terms of violence, an entire, frankly underdeveloped subplot is that part of R’s ability to woo Julie comes from eating the brains of her ex-as-in-dead-boyfriend Perry, which gives him access to the poor guy’s memories of being with her. It is unclear to what extent this situation is driving R’s transformative attraction to Julie — the suggestion is that she sparked something in him before the brain consumption began — but either way his ability to consume someone’s memories and take advantage of them for his own means, not to mention eventually seeing himself killing Perry from the victim’s point of view, is pretty disturbing.

There are a few issues; for one thing, Palmer is not quite believable as a tough-as-nails teen soldier, and she generally lacks the screen presence of Hoult (who would have thunk the kid from About a Boy would have the sexual charisma to make a zombie appealing? That SNL joke about “The Franks” is essentially coming true). There are occasional weaknesses in the script: the last 30 minutes teeters on schmaltzy; there is no truly satisfying explanation as to why the power of human connection not only “changes” the zombies but brings them back to life, a pretty big leap; and while we are taught to sympathize with the regular-style zombies, the Bonies are seen as beyond hope, and no one seems the slightest bit bothered by that, not really in keeping with the “love conquers all” philosophy of the film. By and large, however, as far as the whole monster-with-a-conscience thing goes, Warm Bodies is charming, entertaining, and not unrecognizable as genre. Eat your brains out, Twilight.