SXSW Adds The Spectacular Now, The East and More 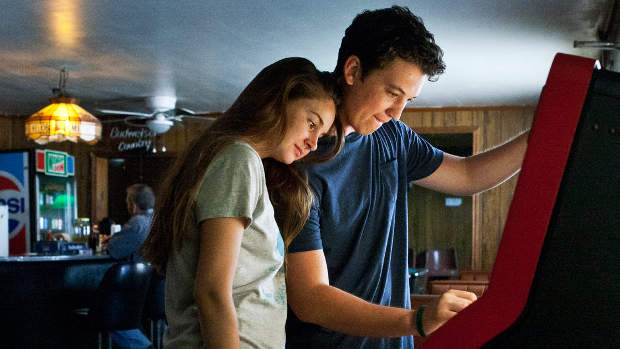 The SXSW Film Festival today announced a further round of films that have been programmed for this year’s festival, including Sundance favorites such as James Ponsoldt’s The Spectacular Now, Zal Batmanglij’s The East, Mike Lerner and Maxim Pozdorovkin’s Pussy Riot – A Punk Prayer and Lucy Walker’s The Crash Reel. Among the other films also added are Ramin Bahrani’s At Any Price, which bowed at Venice last year, and a film shot entirely by Flaming Lips frontman Wayne Coyne on his iPhone, entitled A Year in the Life of Wayne’s Phone.

A full list of the new titles is below:

FALL AND WINTER is a voyage into the heart of our global crisis. Epic and stunningly photographed, the film draws on past wisdom and uncovers new, ingenious strategies for the future. It is a psycho-spiritual survival guide for the 21st century. (World Premiere)

A documentary comedy about serious issues we have with our stuff, Xmas Without China follows Chinese immigrant Tom Xia as he challenges his American neighbors to survive the Christmas season without any Chinese products. (World Premiere)

A rockumentary about the Mexican band Molotov and the political, social and financial context where the band was born and developed.

Californian hip-hop duo Silibil n’ Brains were going to be massive. No one knew the pair were really Scottish, with fake American accents and made up identities. A film about truth, lies and the legacy of faking everything in the pursuit of fame. (World Premiere)

In Your Dreams – Stevie Nicks

In 2010 Stevie Nicks embarked on the recording of a new solo album, In Your Dreams, produced by former Eurythmics mastermind Dave Stewart. With cameras in tow, the two set up shop in her home studio to reveal their collaborative creative process.

Located alongside the Tennessee River, Muscle Shoals became the unlikely breeding ground for some of America’s most creative and defiant music inspiring and luring artists as diverse as Keith Richards and Alicia Keys.

Pete and Toshi got a Camera

In 1963, blacklisted by the McCarthy hearings and under surveillance by the FBI, Pete Seeger buys a movie camera and takes his family on an adventure of a lifetime, filming gifted musicians in exotic locations around the world. (World Premiere)

The dramatic story of one unforgettable athlete, Kevin Pearce; one eye-popping sport, snowboarding; and one explosive issue, Traumatic Brain Injury. A comeback story with a difference.

Jeremy Lin came from a humble background to make an unbelievable run in the NBA. State high school champion, all-Ivy League at Harvard, undrafted by the NBA and unwanted there: his story started long before he landed on Broadway.

Three young women face seven years in a Russian prison for a satirical performance in a Moscow cathedral. But who is really on trial in a case that has gripped the nation and the world beyond, three young artists or the society they live in?

Asleep at the Wheel Then and Now (Short)

Ray Benson’s whirlwind romp through the four-decade history of the post-modern kings of western swing.

You may know such famous songs as “Take Me To The River” and “Love and Happiness”, but you probably do not know Mabon “Teenie” Hodges – the legendary Memphis guitarist who co-wrote these songs with Al Green. (World Premiere)

A Year in the Life of Wayne’s Phone

Compiled from over 28 hours of personal videos shot by The Flaming Lips’ Wayne Coyne on his iPhone, A Year in the Life of Wayne’s Phone, is the world’s first vertical iPhone movie. (World Premiere)