First Do No Harm: Lessons and Questions after a Crowdfunding Campaign 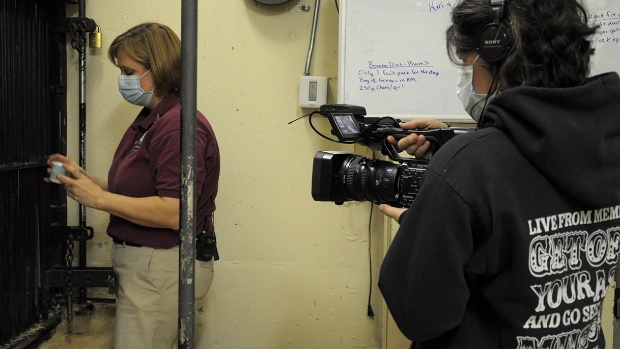 by Sara Kaye Larson
in Filmmaking, Financing
on Feb 20, 2013

Last week, my production partner and I reached our Indiegogo film crowdfunding goal. We worked a ton, both on and offline, spun our wheels a bit, thought we set our goal too high, figured we might be harassing our friends too much, worried we picked the wrong time to fundraise, and grew concerned that our campaign was too long. But, in the end, we were able to course-correct and come out on top, beating the $15,000 goal by some $700, with the last $7,000 coming in the final four days of the campaign. Like anything that really tests your faith and stamina, sometimes the frustration and fear of failure was nearly unbearable. But after it was over we were rewarded with a rush of accomplishment and crystal clear hindsight. By the end, we felt we’d earned an honorary degree in crowdfunding navigation, although we were left with a few questions, the biggest being: “What the heck just happened?”

Is crowdfunding right for the project? Our film is a documentary about the relationship of humans to animals in captivity — told through the point of view of zookeepers. It is filmed (still being filmed, in fact) at the Memphis Zoo. It’s crucial to note that we are in no way affiliated with the zoo. This is a fact that, despite all of our messaging, was often confused throughout our campaign. We are independent filmmakers who were able to work with the zoo to get a solid location agreement. Anyone familiar with large publicly-funded institutions knows how tricky these agreements can be. Zoos in particular are very protective of their image, so we knew our agreement was a rare gift and that our first priority would be to uphold our relationship with the zoo and its zookeepers. As you’ll read below, things can get a little tricky when you choose the crowdfunding method when you are still in production, particularly on a documentary. Crowdfunding fans expect a lot of insider info and perks, and we had to spend a four-month campaign figuring out how to balance old-school documentary ethics with the new world of crowdfunding.

We planned on raising part of our budget through crowdfunding because it would jumpstart our marketing by building a national audience and creating overall anticipation for the project. Reaching a nice crowdfunding goal would also really help with our offline donations because you can show potential big-dollar donors that you already have interest in the film. For example, we can now tell people, “Can you believe we’ve already had zookeepers from 19 different states donate to our project?”

We followed all of the rules that we could find on crowdfunding from those that went before us: Plan well in advance; make a good trailer; write compelling copy. Check. Check. Check. Make sure you can raise the first third of the money through people you know. Check. Don’t try to raise over 10K unless you have a niche, celeb, or some recognizable cause. Check. We considered our project as having a built-in niche — animals — and thought we would have luck reaching out to animal lovers and people who support zoos.

Why Indiegogo? We chose Indiegogo because our project, The Keepers, was sponsored by Fractured Atlas, who partners with Indiegogo. That meant that donations to our project are tax-deductible (to the fullest extent allowed by law) and that we would only have to give back 6% (instead of 9%) of our final funds raised. Plus, Indiegogo allows you to choose either the all-or-nothing or funds-raised option. Meaning if you don’t reach your goal, you will still get to keep the money that is donated.

What’s this gogofactor? Since we were using crowdfunding to build an audience, we were really focused on getting featured on the Indiegogo home page. Indiegogo says that they have a proprietary algorithm that selects which campaigns to feature. This is called the “gogo factor.” Their blogs claim the gogofactor means “…you’re rocking the internal drivers that you the campaign owner controls (frequency of updates, number of videos, the number of team members as part of your campaign) but this leaves the other 50% of factors up to the external activities (pageviews, number of funders, % of goal completed).”

Our gogo factor fell only a few times over the course of a 12-week campaign. We knew from our stats that our updates, photos, unique page visitors, and referrals were pretty darn high, yet we were still not being featured. Finally, on the very last week of the campaign, we were set up in the rotation of campaigns shown in the “Final Countdown” section. We didn’t see a noticeable boost from this, and always wondered why we never made it on the featured home page.

After four months of working tirelessly to monitor five different social media accounts and numerous offline efforts (including house parties, mailings, and personal phone calls), we were getting a little exasperated, if not irrational. We’d visit Indiegogo’s home page and see a featured campaign to pay for vet bills for a sick dog – already 129% funded: no perks, no video, no description, no updates. It really made us wonder about this mysterious gogo factor.

Before you scream “SORE LOSER!” let me remind you that we ended up reaching our goal without being featured and that I am very glad the dog’s owners got help with the vet bill. I’m for socialized medicine for humans and animals. These are just the things that made us wonder about the gogo algorithm. We also noticed that over the months, we hadn’t seen any sponsored projects featured on the homepage. Could having a fiscal sponsor (Fractured Atlas) hurt our gogofactor and chances of being featured?

Who are these people? The sick dog example shows that when you choose crowdfunding method, you have to realize that your film campaign will be featured alongside all other kinds of projects: medical bills, non-profit fundraisers, biotech ideas, etc. This is certainly something to consider when you think you have a great idea. It probably looks pretty silly next to an fancy biotech prototype.

When you have a film campaign on Indiegogo they encourage you to interact with the Indiegogo Film people on Facebook and Twitter. Specifically the #gogofilm or @IndiegogoFilm folks. So, not wanting to pass up an opportunity to get as much help as possible, we did just that — even attended a couple tweet-ups.

How valuable is interacting with the Indiegogo crowdfunding on social media? We found these crowdfunding folks friendly and saw through our stats that they were driving pageviews, but not donations. You have to consider that if they retweet your messages it is probably going out to people that are already busy and committed to their own crowdfunding campaign. We tried to think of other ways to use them as a resource which led us to ask:

How experienced and knowledgable are these folks? A couple times I asked for specific ideas to help with our campaign, and they said things like, “You should offer a perk where people can feed the animals!” Which may have seemed like a fun idea to them (or anyone interested in tigers or cheetahs for that matter), but the notion was utterly ridiculous to us as documentary filmmakers. First of all, we don’t have any kind of ownership of the zoo or animals, nor would we overstep our relationship with our subjects just to raise money.

Their last suggestion was for us to have a 12-hour livecast from the zoo for the final hours of the campaign. Since we’re not affiliated with the zoo, that idea would have been logistically and politically impractical. I tweeted back and asked if anyone had ever tried the livecast. They replied vaguely: “Some have — but it is always good to do something different!” We also heard a couple times from them that we should “Get creative!” Not the most detailed advice.

It does raise the question — what should we as filmmakers and campaigners expect from the staff at these crowdfunding sites? Not only are we working hard to make our goal — we are actually doing the work to keep these sites in business. Because there was a specific Indiegogo group dedicated to support film projects, I expected a fresher idea than “try something new!” because that sounds more like a cover headline for Marie Claire than a way to attract funds for our film.

Should we be doing this while in production? It wasn’t just Indiegogo crew though. We did a press release 10 days before our campaign ended and because crowdfunding is no longer news in 2013, we had to really think of an angle that struck a balance between selling our project and attracting funders — while still allowing room for the story to develop and maintaining some documentary integrity. A local morning news program offered to put us on if we could bring a zookeeper with an interesting story. We had to ask; did we want to start trotting our people out to talk about this story before we were even done filming the movie and discovering what the documentary is about? What would that do to our relationship with the keepers and the zoo? Would it alter or affect the story we were trying to tell? In the end, we weren’t willing to risk that.

Part of people’s interest in crowdfunding a film is that by supporting the project in the early stages, they can get a glimpse into the filmmaking process. Essentially they come to feel they have a stake in the finished product. Our campaign offered exclusive behind-the-scenes videos and photos so fans could see the production in progress. This part of crowdfunding can be really interesting from both an audience and filmmaker perspective. But how much should you involve your documentary subjects in the fundraising aspect of your project, if at all? We still have half of our production to go. It is a documentary — we haven’t picked the story ahead of time, just the overarching idea. Nearly anything could happen: the zoo could kick us out, the people we are filming could quit or move, the animals could get transferred or worse.

Being an independent filmmaker means you don’t usually have the luxury of separating filmmaking and fundraising. Examining the questions that came up during our campaign should help other filmmakers as they plan their project. It helps to consider your crowdfunding campaign as a component of your overall film, in order to be sure it doesn’t detour you from your ultimate goal.