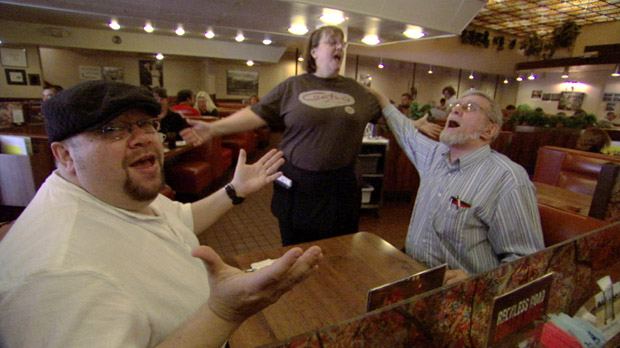 She co-created the HBO series Dream On. She launched and executive produced the NBC shows Veronica’s Closet and Jesse. She created Five, a collaborative short film compilation that aired on Lifetime in 2011. And then there was that little series called Friends. A creative force in the world of television for more than 25 years, Marta Kauffman has spent her career bringing some of your favorite small-screen personalities into your living room. Now, in addition to tackling a handful of other projects, including a new pilot and a TV movie she’s set to write and direct, Kauffman is continuing to pin her focus on the world of documentary, following 2008’s  Blessed is the Match: the Life and Death of Hannah Senesh with Hava Nagila: The Movie, a new film that charts the origins of the iconic titular song, and is helmed by Kauffman’s friend (and Blessed director) Roberta Grossman. As surprisingly rich as it is fizzy and infectious, the movie achieves the same tone as its subject, which, as Hava Nagila reveals, has taken on a massive life since its age-old inception in the Ukraine. Over tea at Manhattan’s Mandarin Oriental Hotel, at a table overlooking a rain-pelted Columbus Circle, Kauffman lightens the day as she discusses the documentary, and what it means to her as a producer, as a Jewish woman, and, most importantly, as a storyteller.

Filmmaker: You’re primarily known for producing television series. How does producing a series differ from producing a feature film?

Kauffman: A series is like a marriage. A feature film is…a date. With a film, although people may see it again at some later time, it’s a single impression. With a series, you’re going live with characters for a very long time. And that’s not all — generally, you go out to a movie. With a series, they come to you. Into your home. And you’re folding laundry, doing bills, ironing, washing the dishes, walking around naked — these people are intimately in your life. So it’s a very different creation. That being said, you’re trying to tell a good story no matter what you’re doing. For me, what I love to do is tell a good story. Film, TV, documentary, whatever — it’s about finding the story and finding when the people enjoy going on that ride.

Filmmaker: The movie traces the history of “Hava Nagila,” a song known around the world. How much of its background were you aware of before getting involved with the project? 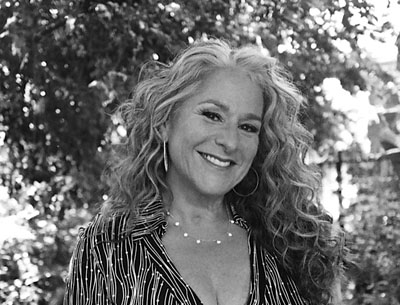 Kauffman: None. None! Not a single bit. My relationship to that tune was purely, you know, the bar mitzvah/wedding relationship. It was the thing that people put down their food for to get up and dance, and at a Jewish event, that’s a big deal to walk away from your chicken. And, for me, it represented, as it has for many, many other people, some sort of connection to my ancestors. That’s all I felt. I didn’t know why, I just felt it. I felt it when I got up, and my mother got up, and my grandmother got up, and my aunts, and everybody was together and there was some sort of something, but I didn’t know what it was. I didn’t know where anything was from, I didn’t know when it was written. I kind of knew what it meant. I knew it was about rejoicing—the words at least, but I had no idea where it came from. And it’s so much richer than I ever would have thought.

Filmmaker: Obviously, this is a subject that’s serious and important enough to warrant its own documentary, yet there’s a playfulness to the film that shakes off any sort of potential pretense or self-seriousness. Can you explain that tone and how it relates to Jewish humor?

Kauffman: Yes. Actually two different things, I think. One is, part of the reason we ended up wanting to do this film was that we had just finished something about Hannah Senesh and the Holocaust and World War II, and it was very deep, and dark, and depressing. It was a documentary called Blessed is the Match: the Life and Death of Hannah Senesh. I thought it was a wonderful film. It was deeply moving, but it was — oy! You know? We wanted to do something lighter. Something with meaning, but lighter. And, originally, Roberta set out to do a short doc. But, then, as we did the research and discovered all this rich history, we realized there was more there. In terms of the humor, I don’t know that I could define Jewish humor, except to say I believe it’s in our DNA. Even when you look at stories of the shtetl, there’s great humor in them. At our darkest times, Hasidim always believed that you had to find the joy. Part of finding joy is laughter. Laughter is joy. Just the expression of laughter. So I believe it’s in our DNA. Is it a specific kind of humor? No, because it ranges from Woody Allen to Sarah Silverman. It can be dark and twisted, and it can be gentle and innocent. It can be so many things, so I don’t know that there’s a single definition, except that we love to laugh. Who doesn’t? I’ve always felt that no matter what the subject matter, it’s better if you can laugh. And it’s a way to get the audience emotionally connected to the material. We laugh because we recognize something.

Filmmaker: Jumping off of that (and this will somewhat relate to what you said earlier about your family), there’s a line in the film that says, “There’s no happiness in Judaism without a bitter aftertaste.” However, this song seems to be at least one thing that’s almost chiefly intended to focus on joy, specifically in regard to offsetting the pain of horrific events, like the Holocaust. Do you remember times with your own family when the song was used not just as a means of joy, but as a means of healing?

Kauffman: Yes. I have a few answers to that. Just to back up a little bit, I certainly remember times when we used laughter as healing. But, at my own wedding, my father had died a year and a half earlier, and, as joyful as getting married was, there was this tinge of loss. And I have to say that was the moment when I didn’t think about him. I thought about the people who were there. I thought about my mother being honored because I was the last child to get married, and her having a crown put on her head, and people dancing around her on the chair. I think the line is right, though — there’s always a hint of something else, of a little bit of sorrow. Both my parents are gone now, and to this day, when I hear that song, I flash on my mother dancing with my father, with the napkin (they weren’t Orthodox, but that’s why the Orthodox did it, because of the wall that was between the men and women, so the bride and groom were lifted on chairs and would dance connected to a napkin). I don’t always go to that, but I go to my mother doing that, and it brings me closer to her. This song, in particular — it’s gone in so many directions for me.

Filmmaker: The film highlights the song as part of the Jewish collective memory, its immersion into popular culture thanks to singers like Harry Belafonte, and its existence now, in the age of YouTube. Where and how do you see this film fitting and functioning in all of that?

Kauffman: You know, what fascinated me about when you trace the song is that it’s not only our collective memory, it also says something about where we’ve gone. That we’ve become so assimilated, the question is, “Have we lost our memory?” I feel like this is a metaphor for the American Jew. My hope is that what it does is awaken something in people who are watching who want to perhaps explore their identity a little further and say, “You know, I’m assimilated, I’m part of the society, for the most part — what can I do to explore that identity, to hold on to that identity without losing the soul of it, [a soul] the song seemed to have?” And there’s that wonderful moment at the end of the film where the rabbi [we spoke to] brings it back to its essence, brings it back to the tune. And how, if you just hum the tune, you can hear the cry. You can hear the soulfulness. And that’s my hope is that we, whoever’s watching it, can look at ourselves and say “How can we find our soulfulness again? Now that we’re here, what can we do?” And that’s the purpose of the piece, for me.