My Journey From Doctor to Actor/Filmmaker: How I Produced, Starred in and Profited from My Indie Films 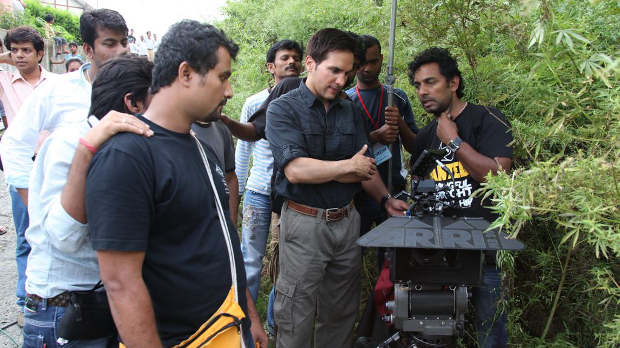 by Amar Sidhu
in Filmmaking, Financing, Production
on Mar 12, 2013

“There are no limits. There are only plateaus, and you must not stay there, you must go beyond them.”
-Bruce Lee

If you are pursuing something as ambitious as acting or filmmaking, you know that one of the most valuable assets you have is your time. I work full-time as a doctor, and if you work full-time like I do and you want to make it big in the film industry, you’ve got to learn how to make sacrifices and budget your time. For instance, I performed surgery this morning, did an interview at noon, and edited some scenes of my latest film, The Black Russian, in the early evening.

I made close to $2 million off of my first independent film, Aakhari Decision, and I was able to use the rest of the money to finance my second film, The Black Russian. I certainly don’t feel as qualified as someone like Ben Affleck or Vince Vaughn to give advice to filmmakers. In fact, I only use filmmaking as a vehicle to promote my acting career. However, if you don’t have the silver spoon or the family connections, you’ve got to come up with something unique. I’m a Hollywood outsider, and I developed a profitable business model that is allowing me finance an entirely new film.

Aakhari Decision was my first film. I was the lead actor, executive producer and producer. Acting is my passion and why I jumped into the film production world in the first place. Yes, I want to make the best films possible, but I also want to create quality films I can act in. Eventually other directors and producers will see my work and other doors will open. Since I knew I was going the outsider’s route and didn’t have time for projects to come to me, I chose to create the projects myself. I had come up with a generalized concept for an action/drama film. I knew my strengths, as well as limitations, and that’s why I hired a screenwriter, up front, with money out of my own pocket. I gave the writer very simple parameters, most of which had to do with the budget. I knew that I could do some very economical shooting in Los Angeles, but I also knew I could shoot ultra-economically in India. You’ve got to be realistic when you’re shooting your film on a relatively small budget.

Most importantly, being an independent filmmaker these days is not so different from being an entrepreneur. You have to be willing to take risks, you’ve got to put your own money in the game. After I hired the screenwriter, I had to put up a lot of my money up front. I paid for about 20% of Aakhari Decision’s budget, with no sure way of knowing I would make it back. My next challenge was getting investors to believe in me. I knew I wouldn’t be able to get anyone in Hollywood to finance a film by a “nobody” like me, so I had to go to non-traditional sources for investment. Everyone in this country has some degree of infatuation with film, and a lot of people outside the industry are looking for something adventurous or meaningful to invest in. This could be anyone from a partner at a law firm to a pizza shop owner. I knew a few people in the business world who already knew me to be a trustworthy person. The key to gaining investors is developing trust and confidence.  You’ve got to make them believe in your vision as much as you do, but most importantly (I can’t stress this enough) be professional and humble. When you’re first starting out, you have to present your art like a stock portfolio. Through my non-traditional investors I was able to finance the last 80% of my budget, which came to over $900,000. It was time to shoot.

With Aakhari Decision I had a very discrete budget. I left room for publicity, advertising and post-production in the back end. The ultra-economical benefits of shooting predominantly in a place like India came with its pros and cons. I’m not going to lie, the exceptional profits we made from the film came from getting lucky and securing the right distribution in the right regions at the right time. In foreign sales, the distributors are often the same as the advertisers. I had to put up about 50% of the money for advertising at first, just to convince them that I was serious. We had to get in the trenches, deal with the obligatory shadiness of foreign marketers, and pay attention to each dollar spent on theaters, advertising, publicity, etc. We made almost $2 million back in foreign sales, which was enough to pay back the investors and invest in my next film, The Black Russian. 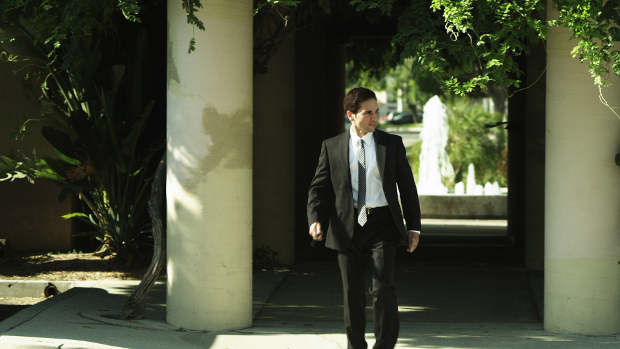 Amar Sidhu in The Black Russian

I originally came up with the idea for The Black Russian while I was visiting Northern India during Aakhari Decision’s extended theatrical release. You’d have to be blind to not notice the rampant problems with the opiate trade and narcoterrorism, and I wanted to highlight these problems through my work. Thus the concept behind The Black Russian was born, and this time I applied the same process that worked with Aakhari Decision — lead acting, executive producing, co-directing, paying the cast & crew — without the help of investors.

The Black Russian has already garnered a lot of positive media coverage and gained the interest of some great festivals. I’ve even allocated some my budget to hire an amazing screenwriter, Joey Curtis (Blue Valentine, Quattro Noza) for my third film, tentatively titled A Winter’s Dream. My films might not be the next Swingers or Argo, but I hope you can learn a thing or two from my journey on your own road to success.