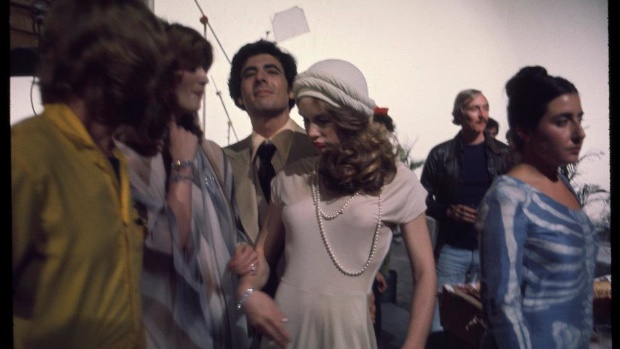 The Opening of Misty Beethoven

When we set off on our first year of CineKink, little did I think we’d one day be celebrating a “decade of decadence.” And yet, here we are, resting up from another festival down, happy in the knowledge that this amazing milestone also brought record crowds, increased press attention and another round of great works.

Among the year’s highlights, our opening night film, Remedy, from New York-based writer/director Cheyenne Picardo, delivered a packed house and a chance for the local kink community to see some of their own represented up on the big screen. Based on her personal experience in the city’s dungeons, the film, winner of the CineKink Audience Choice Award for Best Narrative Feature, is an honest accounting of the physical and emotional limits that Picardo encountered in the world of professional domination and submission, and offers a sparkling, compelling performance from newcomer Kyra Davies in the lead.

We’ll begin firming up our tour once I’m back from the busman’s holiday of a week at SXSW. If you’re interested in bringing us to your town or venue in 2013, we’re looking to expand our appearances this year, please get in touch!

“CINEKINK CHOICE” – AUDIENCE CHOICE AWARDS
CineKink Choice awards, which go to feature-length works in competition during the festival, were determined by audience balloting at the close of each eligible work’s screening. The 2013 award winners are:

CineKink Choice Award for Best Documentary Feature:
“Bettie Page Reveals All” (Mark Mori, 2012, USA, 102 minutes)
An intimate look at the rise, fall and rise again of one of the world”s most recognized and controversial sex symbols.

“CINEKINK BEST” – JURY AWARD FOR BEST SHORTS
CineKink Best awards, which go to short works in competition during the festival, were determined by jury deliberation and ranking. The 2013 award winners are:

CineKink Best Comedy Short:
“Pinecone” (Michael Markham, 2012, USA, 18 minutes)
At the end of a first date, a young man and woman are desperate to surprise the other.

“Rift” (Keith Hodder, 2012, USA, 5 minutes)
A family man has his devotion challenged by the unexpected arrival of his secret lover.

“BRING IT!” – Adult Industry Showcase Award
The CineKink “Bring It!” award is determined by audience ballot during a presentation of excerpts showcasing adult cinema.

“CINEKINK TRIBUTE” – Festival Award for Extraordinary Depiction of Kink and Sex-Positivity in Mainstream Film/Television
Works eligible for consideration this year were those released or aired in the United States from January 1 through December 31, 2012.