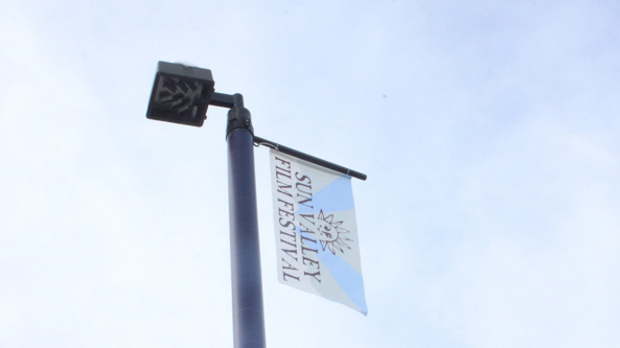 A place of unbelievable beauty that maintains a rustic, unassuming vibe, Sun Valley, Idaho, has long been a hideaway for the rich and famous, from the Shah of Iran to generations megawatt movie stars. Arnold Schwartznegger and Clint Eastwood have homes there; Bruce Willis and Demi Moore apparently split much of the surrounding area in their divorce. First brought to attention by Ernest Hemingway — who lauded it as prime fall hunting lands in the 30s, long frequenting the place with his buddy Gary Cooper and finishing his legendary For Whom the Bell Tolls in a second story suite in its signature Lodge — the tucked-away ski town, the nation’s first, is a place with more than a few ghosts. Hemingway, who famously shot himself at his home in adjacent Ketchum, a city of 3,000 that’s about a 15-minute walk away, has a name of particular importance in these neighboring hamlets, and so it was at Sun Valley Film Festival, which wrapped its second edition last weekend, that two of his relatives were prime attractions.

While doc legend Barbara Kopple opened the fest with her Oprah-financed Running from Crazy, a well-received look at local resident and Ernest’s granddaughter Mariel Hemingway’s lifelong attempt to escape her family’s predilection for violent, self-inflicted ends (both of grandfather’s siblings also committed suicide; her sister died young of a barbiturate overdose), its most well received attraction may have been Saturday night headliner Starlet, from indie wunderkind Sean Baker, a sun-dappled delight that that features a strong turn by Mariel’s daughter, fashion model-turned-actress Dree Hemingway. It’s the type of performance, as a long legged San Fernando Valley drifter who strikes up a self-revelatory friendship with an elderly woman who has a few secrets of her own, that would be starmaking in the olden days, when Hollywood movies still relied on movie stars instead of pre-branded high concepts and digital fantasias. The film, which opened to much acclaim last fall after bowing at SXSW, took home the festival’s Vision Award.

Other winners included Benjamin Dickinson’s riveting post-apocalyptic tale First Winter, which took the juried One in a Million narrative award, given to the best film in the festival made under a million dollars. Maligned during last year’s Tribeca Film Festival, where its red carpet feting was canceled after it came to light that unlicensed actors where allowed to shoot and kill live deer during filming, it’s a wonderfully evocative and unfairly overlooked debut, every bit a worthy genre sibling to Conor Horgan’s One Hundred Mornings or Michael Haneke’s Time of the Wolf. Fredrik Stanton’s Egyptian revolution doc Uprising took the One in a Million documentary prize, while Stuart Acher’s STUCK won the audience award. 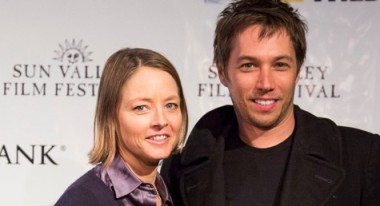 The festival didn’t succeed in attracting terribly compelling world premieres (Jay Alaimo’s Kyra Sedgwick/Vincent D’Onofrio-starrer Chlorine was underwhelming and the Christine Vachon-produced Deep Powder pulled out at the last minute, ostensibly for greener premiere pastures), but the overall slate put together by programmer Laura Mehlhaff was strong, particularly for docs, where festival stalwarts such as Rebecca Richman Cohen’s Code of the West, about the end of Montana’s medical marijuana industry, were well received. Idaho filmmakers were a special focus at the festival, which while still undergoing the growing pains of so-so projection and ticketing gaffes, is clearly committed to supporting its own. The festival ably provided an educational experience for its enthusiastic, somewhat long-in-the-tooth audiences and much needed exposure to deep-pocketed local finance types for its young regional filmmakers, who struggle in our subsidy-less American film industry to continue making films without resorting to other means of public support. Every festival I go to in the northwest these days, I meet another filmmaker with a promising résumé and an EBT card.

Jesse Millwood’s unsettling world premiere Craters of the Moon took the Gem State Award, for the best work produced in the state, which is currently without the tax incentives or rebate schemes that allow states such as Idaho to be competitive locales for both indie and Hollywood productions. There was enough strong regional work for that prize to not feel like a cheat; enough in fact to fill two shorts programs and several feature slots, including Jaffe Zinn’s Children, with First Winter co-stars Kate Lyn Sheil and Samantha Jacober, which screened as a work-in-progress.

Jodie Foster, who presented Baker’s award at the Sunday afternoon ceremony and was given the key to the city by the Sun Valley’s mayor, gave a charming “Coffee Talk” earlier in the day, but it was Oscar-winning Traffic screenwriter Steven Gaghan’s revealing chat on Friday that was the real show. For an hour Gaghan held court, frequently mentioning his prodigious espresso intake, talking about his method, the difficulties of writing original screenplays versus adaptations and the impossibilities of intentionally making serious work in contemporary Hollywood. It only happens by accident these days; he is currently putting together a Rashomon-like cop movie that he originally pitched as Lethal Weapon meets James Bond. “I’m stuck in the ‘adult film ghetto,’ ” he joked when lamenting that a film such as his magnificent 2006 directorial debut Syriana couldn’t be made in today’s studio environment. Among his outlandish anecdotes was a riveting account of being kidnapped briefly by Hezbollah in 2002 while researching Syriana in Lebanon with ex-spy Robert Baer as his guide. Gaghan suggested that Baer may have arranged the brief kidnapping so the leaders of the organization could tell him how much they like Traffic. “We’ve always been able to understand the difference between the desires of the American people and the intentions of its government,” Gaghan remembers being told by the Hezbollah propagandist, “but if Iraq is invaded, we’ll no longer be able to tell the difference.” He more or less put that sentiment verbatim into his script and it’s one that should ring painfully in anyone’s ears during this solemn anniversary week.