STICKY SEATS AND THE ORIGINS OF NYC DIY 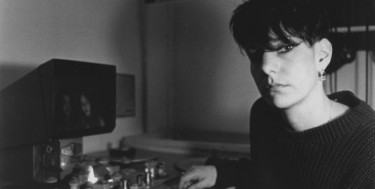 Gordon writes about the film scene of New York in the early ’80s, with its artists-organized screenings, lack of so-called gatekeepers, and sense of cinematic discovery. As she notes, that discovery extended not just to downtown New York punk and no-wave influenced filmmakers but also experimental filmmakers like Ken Jacobs and Michael Snow and B-moviemakers like Larry Cohen and even early Jonathan Demme. She references films screening at CBGBs and the Mudd Club, and I think it’s important to elaborate on this. What was also important about that time is that it wasn’t just about the film scene. No one was only into film. Everyone went to it all — music, performance, theater, dance, video — and artists from one form would appear in the creations of artists who worked in another. Collaboration was the rage. The dialogue was broad, not focused on discipline-specific topics but on a broad cultural and political issues that reverberated with conversations coming from the international art and also philosophy scenes.

Of course, it was a very different time. Rents were low, the internet hadn’t changed our consciousness yet, and post-modern capitalism hadn’t tilted into its oligarchic phase. I’m never one to think that you can recreate the past, but there were some values and practices from back then that I think are worth reviving today.

Variety as well as Gordon’s excellent Luminous Motion will be screening in New York at the IFC Center this week. Then on Friday see her new film, Handsome Harry. It stars Jamie Sheridan, Aidan Quinn and Campbell Scott, and I hope to have more about it on the blog this week.