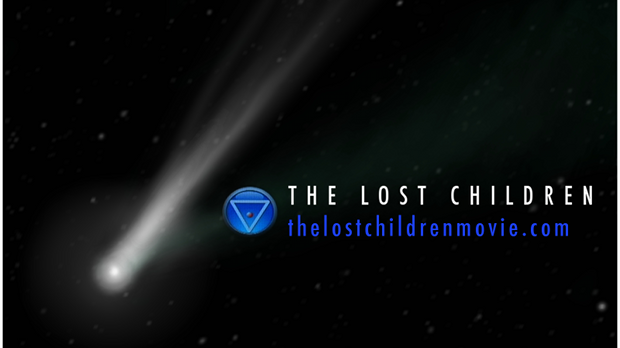 by Scott Macaulay
in Filmmaking, Transmedia
on Apr 4, 2013

Mark Harris is a filmmaker and software architect. Mark writes software for gameplay, storytelling, and transmedia. Mark was a mentor at the first StoryCode StoryHack, and creative technologist on Lance Weiler’s Pandemic 1.0. Mark is also an alumnus of the IFP Narrative Lab.

Mark’s transmedia project, The Lost Children, had its New York City premiere in Jan 2013 at Film Society of Lincoln Center, with a feature film and live immersive experience.

In the Fall of 2012, Mark wrote his first immersive play for Epic Theater Ensemble, and in Spring 2013, Mark joins the hybrid studio/technology company Murmur.

MIT Open Documentary Lab: How did you become a digital storyteller? Were there any projects that inspired you? If not, where did you look for inspiration?

Harris: By default. I’ve written software for a lot of years, and I like it. So wanted to merge my creative life with my tech life. My inspiration is the same as ever: tell compelling stories. This should not change with tech.

MIT Open Documentary Lab:What are the most useful skills for an interactive storyteller? What are the tools of the trade?

Harris: Empathy, character, story. I believe that an “interactive storyteller” should focus on the same skills utilized by every other storyteller. Technologies come and go. But I don’t think they fundamentally change human behavior. Mark Twain said: “A lie can travel halfway around the world while the truth is putting on its shoes.” The only difference is that now, a lie can make it around the world about a million times before the truth gets its shoes on. I am really trying to focus on human behavior and psychology. Then I use whatever tech is right for a particular job. For me, tech is largely about scaling a project up. If you cannot make a project compelling in one room with 10 people, tech won’t help you. One of the reasons I love doing live interactive events is that they are a good way to “paper test” ideas, before going down a tech development hole for six months. So really I think the main skills should be storytelling skills.

MIT Open Documentary Lab: When you start an interactive project, how do you put together a team?

Harris: Depends on the project and the tech used. I tend to find it more productive to have a small team of senior people, rather than a lot of bodies. Or a junior person who is really smart and driven. I worked with one this Fall. Lacked experience, and didn’t always have the best code, but when I asked her to just go solve a problem, that’s what she did. Amazing and smart person. So I like small, competent teams willing to jump in and make things happen.

Harris: I like Storycode a lot. I’ve met many people through there. To be honest, one of my New Year’s resolutions is to free up some more time to find community. I am generally so busy, I never have the bandwidth to get out as much as I should. 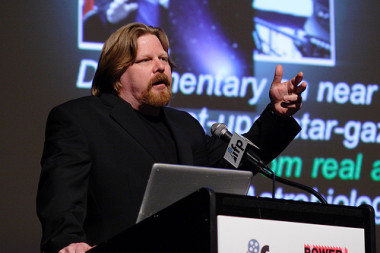 MIT Open Documentary Lab: How does the role of a director change?  What are the creative challenges?

Harris: Not sure. I’m trying to be more agnostic in my choices of medium these days. I went from a feature film to a web-based game to a play. I’m constantly trying to focus on the basics: empathy, human psychology and behavior, character, and not concern myself so much with what the medium is.This may mean I need to work with a better film director than I am for the filmed parts of a story. Maybe this is the change. Maybe you’ll see fewer auteurs and more collaborators?

Harris: In an “interactive” project, the role has already changed. One thing I am interested in and see more and more is making art that enables audience members to create, or to play.

Harris: Fifteen years professional software development. I certainly think that we will see more and more situations where a producer and director need to work with technical teams. But this has been the case on movies for decades. Special effects, stunts, animations, all of the things that go into making a movie are highly technical and require specialized teams of professionals. So this idea shouldn’t be anything new to many directors. I can see an increasing role for a software architect like me to oversee the execution of an interactive web-based or mobile project, dealing with the issues necessary to a professional roll-out. But as for “creative” technologist, I am now getting involved in projects at the concept phase, so that I actually help create projects from the start. So it is analogous to those other roles, because I am attempting to add meaning through interaction, web, apps, live, etc. just as a DP is adding meaning through light, lens choice, shots, the sound designer through foley, the VFX artist through set extensions, impossible creatures, etc.

Harris: Client work. At Murmur, the company I just joined, we’re working with or pitching collaborators from the world of social good to TV networks. Seems like there is more and more interest in this out there right now. Also, trying to fund some of our internal projects through grants. On The Lost Children, it’s straight-up ticket sales and elbow grease plus donors who believe in the project. Not sure what the business model is for indie work. But so far it seems about the same as indie film. So, people who like you, working on client projects, grants, crowd funding, etc.

Harris: I think more and more indies will self-distribute, and at that level might have as good a shot at making it work as any small distributor. And small distributors may not be able to promise enough to make a filmmaker let go of their movie, if they think they can make a go of it on their own. Concepts like four-walling are already losing their stigma. Shane Carruth is doing it. I think overall self-distribution on the lower levels will lose the stigma. What I like about this future is that if no one wants your movie, you have more tools and opportunities to get out there and make people want it.

Harris: Not sure I have a vision for this. I mean, it’s going to be different for different projects. I really like projects that poke into the real world. The immersive experience I produced at Film Society of Lincoln Center for The Lost Children is a bit of a line blur between real world and fiction. And it takes place in some fairly mundane locations that are not immediately recognizable as “sets.” My friend Gina did an art project with flowers she creates, just putting them in crevices in industrial areas so that they are a little surprise to passers by. I like this kind of thing, and will likely pursue it in my work more going forward. I like unexpected locations, I guess I should say. I like plays where I can follow the actors, or am forced into some unusual situation with the actors. I’ve long had a dream to set plays in restaurants, then let you follow different characters back to their apartments and spy on their private lives there, witness one murder someone, etc. Like being the camera in a movie. Of course this is not for everything. But many of the things I like tend to integrate with the real world in unusual ways.