Making Sense of To the Wonder 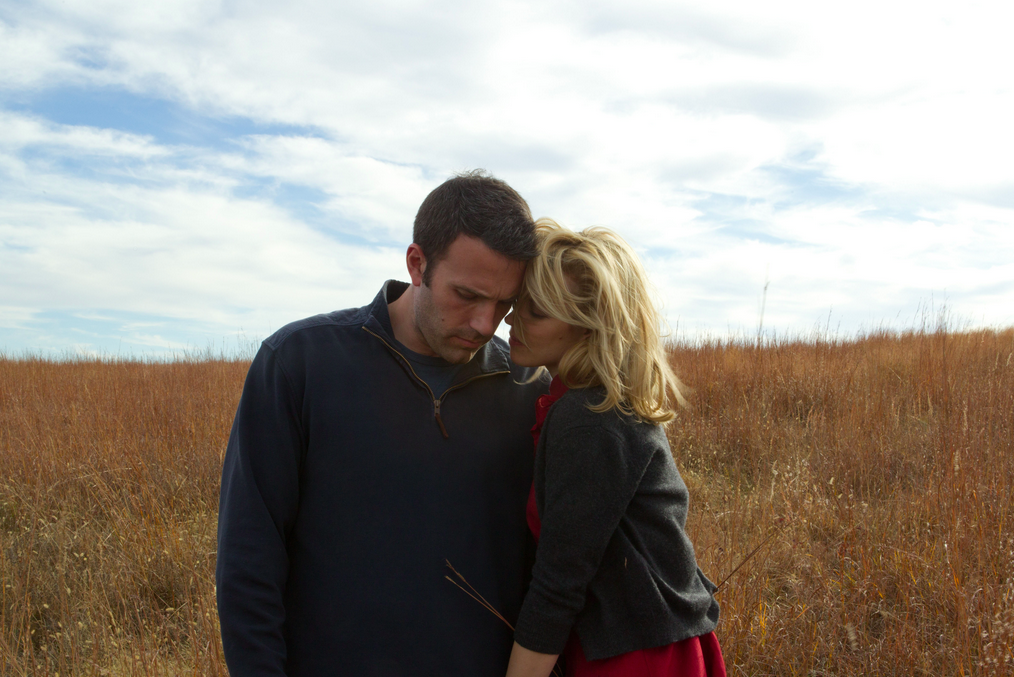 by Michael Nordine
in Uncategorized
on Apr 10, 2013

Terrence Malick, To the Wonder

Terrence Malick lends himself well to hyperbole. Few other filmmakers make the act of writing about movies feel like such a fool’s errand; no other is as hard to write about in a measured way. In one of the few interviews he’s given, the director says at one point, “When people express what is most important to them, it often comes out in clichés. That doesn’t make them laughable; it’s something tender about them — as though in struggling to reach what’s most personal about them they could only come up with what’s most public.” This may be the most fitting lens through which to view To the Wonder, which finds Malick’s penchant for wistful narration at its most naked and boiled down: The Tree of Life‘s “Tell us a story from before we can remember” has been replaced with “What’s this love we love?”

This – as well as the fact that the film presumes to tell of no more than a turbulent love affair and not, as in his previous work, of the birth of all things – has been cited by some as evidence that Malick has reached the point of self-parody, of jumping the shark. A less reactionary reading would suggest that it feels more like the logical result of his newfound prolificness and an exceedingly earnest attempt to express what’s most important to him.

To the Wonder amounts to something between a silent and foreign-language film, with close to zero dialogue and much of the narration delivered in either French (from Olga Kurylenko’s Marina) or Spanish (Javier Bardem’s Father Quintana). (Take this as the fulfillment of something Malick said to John C. Reilly while filming The Thin Red Line: “You know, John, I’m always slightly disappointed when you all open your mouths to speak. I almost wish the picture could play like a silent picture.”) Where before Malick used voiceover as a means of discursively commenting on comparatively lucid narratives, here it consists mainly of expository statements that help shape what is by far his least plot-driven outing to date: “You spoke little, but you were an incredibly loving man,” Marina will say in French; the amazingly laconic Neil (Ben Affleck) will almost always prove her point by responding with silence. (Affleck, though billed first and presented as the protagonist in most promotional materials, ultimately plays second fiddle to Kurylenko and utters no more than ten lines despite ample screen time.)

Whether through the creation myth that spurs The New World or Days of Heaven‘s World War I backdrop, Malick’s work has always centered in one way or another around the American experience; such continues to be the case here, though Marina’s treks back and forth between Paris and Oklahoma evince a restlessness that’s more spiritual than site-specific. (How strange must the flatlands of Oklahoma look to a Parisian — they were certainly odd to this Californian.)

Baseless comparisons to The Tree of Life notwithstanding, this film’s closest relative in its director’s own filmography is clearly The New World, with Marina sharing many of the same experiences as Pocahontas if not the same cultural DNA. There, what would soon call itself America came to our heroine; here, she comes to it. In both cases they are initially awestruck: Pocahontas by “floating islands” ferrying settlers to shore, Marina by the unnaturally bright and clean supermarkets. “Everything is so beautiful here,” she says, but we see her quietly let down by her new surroundings just as often as she’s taken aback by them.

Watching things unravel between Marina and Neil, one gets the sense that Malick specifically set out to make a film about those who live in the long shadow cast by his previous works’ ever-setting sun. He has always set his gaze on troubled individuals and lost souls — lovers on the run in Badlands and Days of Heaven, philosophically-minded soldiers in The Thin Red Line — but their journeys are marked by moments of transcendence that interrupt the everyday. Less so here. To the Wonder is peopled by restless, ambulatory characters who spend a good deal of time wondering whether it’s truly better to have loved and lost than to have never loved at all.

Moreover, several scenes are shot out in the open and feature what are surely non-actors sharing their troubles with Bardem’s uncertain priest. Malick’s worldview — especially as filtered through the camera of Chivo Lubezki – has always been an inclusive and sympathetic one, and here he appears as highly attuned to the plight of actual townsfolk as he is to the inner lives of his characters. There have always been few lines of division in his films, with the natural world constantly encroaching on his characters’ affairs — and vice versa. Here the almost guerilla mode of production makes things feel more improvisatory (and, by extension, “real”) than ever.

As of first viewing — hardly enough for any Malick, let alone one that’s such a radical departure from his already-singular working methods — To the Wonder would appear to not reach the same heights as Malick’s other work, but neither do most other films by most other directors. It is not at all uncommon for accomplished artists to shear their creations of all nonessential elements, and To the Wonder‘s slender thematic frame, balletic pacing, and comparatively brief runtime of 113 minutes suggest that the famously media-averse Malick is less interested than ever in living up to our constructed image of him.