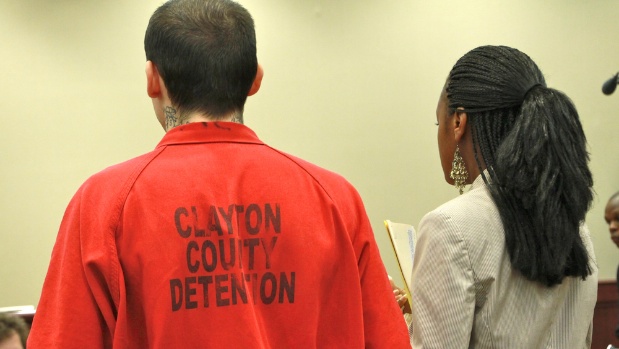 The opening day of this year’s Full Frame Documentary Film Festival has once again provided attendees with an eclectic offering of choices, including a number of timely films that touch on important political issues and a curated series organized by Amir Bar-Lev, Stories About Stories, that focuses on documentaries who engage with the question of narrative itself, as well as a tribute to the innovative documentary storyteller, Jessica Yu. But this variety of choices speaks to the vibrant work being done by documentary filmmakers and the programmers who organized this year’s festival, not to mention the vital questions that documentary films can address simply by taking a closer look at the mechanisms of politics and power, and by examining how these issues inform our personal lives on a daily basis.

One of the highlights of the first day was the opening night film, Gideon’s Army, directed by Dawn Porter, an HBO documentary that depicts a group of public defenders as they fight against limited resources and insurmountable case loads to make an effort to defend some of society’s most vulnerable people. In particular, the film focuses on the efforts of three young public defenders, Travis Williams and Brandy Alexander, who work in the suburbs of Atlanta, and June Hardwick, who represents clients in Jackson, Mississippi. The name “Gideon’s Army” is taken from the landmark 1963 Supreme Court case involving Clarence Earl Gideon, who had been forced under current Florida law, to defend himself against charges that he had robbed a pool hall, with the Supreme Court concluding that all defendants in criminal cases have the right to have an attorney provided to them.

Even so, we see a system in which public defenders are often handing over 200 cases at a time, creating tremendous workloads that leave Williams, Alexander, and Hardwick working all hours of the night, often for salaries that leave them with barely enough money to cover their bills. Williams, in particular, is virtually unable to pull away from thinking about his clients and even suggests drawing up a “contract” with his girlfriend to ensure that he will spend time with her. The public defenders find some sense of community in the Southern Public Defender Training Center, where advocates such as Jonathan Rapping argue passionately for the work they do.

Carl Deal and Tia Lessin’s engaging agitprop documentary Citizen Koch depicts the corrosive effects of the Supreme Court’s Citizens United decision, which allowed billions of dollars to flow into state and national elections. As Citizen Koch aptly illustrates, Wisconsin was ground zero for this new era of virtually unlimited spending, with the Koch Brothers’ political advocacy group, Americans for Prosperity, investing millions of dollars to support the candidacy of governor Scott Walker and a state legislature that would pass anti-union legislation that would, in turn, make it more difficult for unions to raise funds to support progressive candidates.

Although Citizen Koch provides a number of examples of powerful figures who have profited from this system, it is most powerful when depicting the struggles of everyday Wisconsinites as they fight back in support of unions. Especially powerful is the story of Dee Ives, a veteran and registered nurse, and her husband, John, who proudly displays his collection of guns and reports that he had never voted in his life until the recall election. Alongside of the Ives family, Deal and Lessin follow the quixotic presidential campaign of former Louisiana governor Buddy Roemer, who refuses to take campaign donations larger than $150 and finds himself excluded from all Republican primary debates. Roemer provides the film with some sly humor, noting at one point that the major political candidates “don’t care about you because you don’t bring a check.”

Meanwhile, Joe Brewster and Michèle Stephenson’s American Promise provides a deeply personal exploration of the “achievement gap” facing African-American males in the educational system. The film follows the experiences of two middle-class black families as they attempt to guide their sons, Idris and Seun, through the school system, starting from the time they are in the first grade. Idris, the son of the filmmakers, is bright but often easily distractible, while Seun is quieter. Initially, both boys are enrolled at the prestigious Dalton School. Both of them struggle to get good grades, and in many cases, their struggles seem to be not with the material they are learning, but with the perceptions of teachers and administrators.

The film is a remarkably honest portrait of the two families and somewhat unusual in its focus on middle-class black families. We see parents struggling desperately to help their children learn. Idris’s father, Joe, in particular, seems to have grand ambitions for his son. Seun, meanwhile, takes an alternative path, one that is shaped by personal struggles within his own family. Like these other films, American Promise is rooted in questions that are vital to debates about educational access and political participation, and like those films, it frequently reminds us that there are no easy answers to many of these questions.