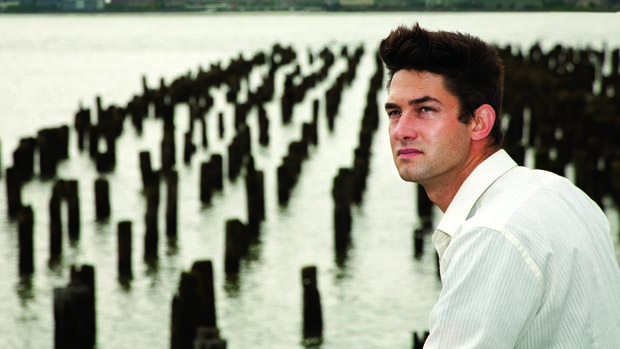 You may know David Wilson best as the co-founder of the True/False Film Festival with Paul Sturtz. But in the seven years the well-loved documentary fest has been steadily increasing its visibility, Wilson has also been quietly honing his skills as a filmmaker.

In 1996, after graduating from Hampshire College in Massachusetts and spending some time working on films in New York City, he returned to his hometown of Columbia, Mo., to make the short Magic City, which looks at the underground youth culture in the state. He followed that by spending the next few years helping to start up an independent movie theater, Ragtag Cinema, in his hometown. Then in 2003, he went back to filmmaking, creating short movies for the experimental opera The Nitrate Hymnal. But Missouri came calling again shortly after as he and Sturtz started True/False in Columbia in 2004.

“I’ve kind of been distracted from being a filmmaker for a while,” Wilson, 35, admits. However, recently Wilson has gotten the urge. For the last few years he’s been working on a feature-length doc with fellow doc filmmaker AJ Schnack (Kurt Cobain: About a Son) that follows four families living in Branson, Mo. They hope to premiere it on the festival circuit next year. He also shot some of the footage in Schnack’s Convention, a look at the 2008 Democratic National Convention.

But what’s recently caught people’s eye to his work is his intimate short doc on bird-watching, Big Birding Day, which premiered at SXSW earlier this year. Wilson chronicles Chris Hitt and Marty Riback (who happens to be Wilson’s uncle) as they try to break a bird-watching record. Shot on two Panasonic HVX cameras with wide-angle lens adapters, Wilson captures beautiful shots of the Mexico and Oklahoma wilderness while showcasing the enjoyment these friends have doing something they love. “Some people need to know numbers; they want to know how many [birds] they saw,” says Wilson, who purposely left out a tally. “I don’t mind frustrating those people. It’s an affectionate film about fun people, and I hope people take it in that spirit.”

The film is also about small-town life, which has been a theme throughout Wilson’s work. “I’m interested in the margins,” he says. “I think one of the most interesting margins is where I come from, the Midwest — the kinds of stories in the small towns that you don’t often see. You see a lot of stories about New York and Los Angeles, but there’s room to tell these other stories.” — J.G.