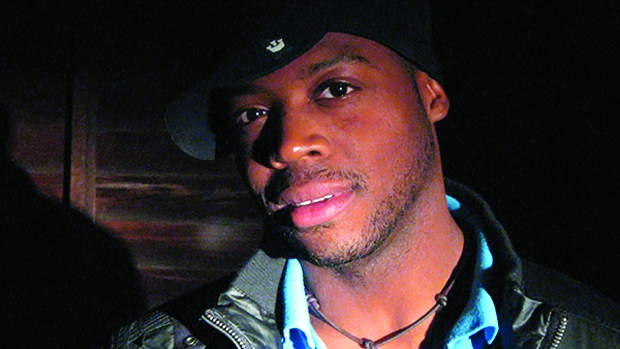 Made piecemeal over four years, Sultan Sharrief’s Bilal’s Stand is a brazenly autobiographical, starless, penny-pinching production from Detroit about one black Muslim teen’s decision to go to the University of Michigan despite the naysayers in his family as well as in the diverse, suburban high school he treks to instead of the more toxic Detroit public high school nearby. Rough around the edges, it’s told with enough freewheeling inventiveness and first-person verve that it transcends its obvious financial limitations and offers a glimpse of utterly authentic working-class black life in the industrial Midwest. In the world of cinema, studio or independent, this might as well be Mars. “A lot of people are getting excited about film as a potentional new industry in the Midwest,” its twenty-something director told me during a recent phone conversation, “and although we plan to have more money in the future, we want to work in the same way, involving the community and young people in the film.”

High-energy affairs that deal with young men from rarely represented, strict and insular communities who try to rise out of their circumstances to pursue their desires, familial responsibility be damned, have been hot the past few years (uh… Slumdog Millionaire), but none has seemed quite this uniquely grounded in the filmmaker’s actual hometown. Mixing non-actors, often playing themselves, with trained performers, the film uses a consistent voiceover from Julian Gant’s protagonist with incredibly witty animations over the live-action footage to illustrate Sharrief’s singularly perceptive and often highly comic worldview.

Sharrief employed a cast and crew made up mostly of new actors and local kids who have been a part of the Student EFEX Project (Encouraging the Filmmaking Experience), a partnership between local Detroit artists, students from the University of Michigan, and metro Detroit high schools to teach and encourage film production among the young. In the aftermath of the impressive festival run of Bilal’s Stand, which has included trips to Sundance, Berlin and ND/NF, Sharrief is working on a couple of different projects, including a film about how the health-care system is failing the young. He’s also hoping to catapult his organization into a full-fledged Detroit-based production company, fellowship program and movie studio. “I envision developing something akin to the Sundance Institute here in Detroit, where we could develop artists. There’s a lot of interest in that here.” — B.H.