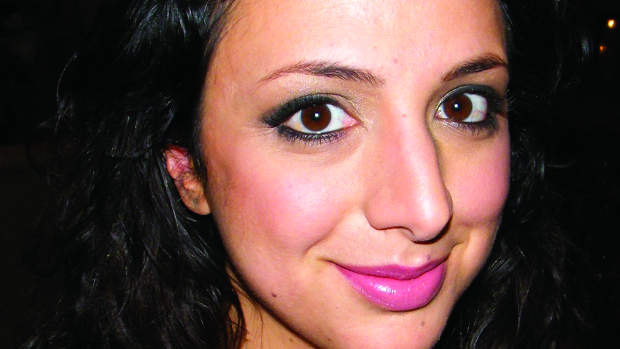 At the IFP Narrative Lab, a mentor said of Susan Youssef’s first feature, Habibi Rasak Kharban (literally, “Darling, Something’s Wrong with Your Head”): “It’s a classic story, like Romeo and Juliet.” True, but the roots of Youssef’s story go back far further. The film is an adaptation of the 12th-century Sufi parable Majnun Layla, which was itself based on a 7th-century Arabic story. Over the years, the tragic tale of undying love between a woman and the wandering poet her family forbids her to marry has formed the basis for countless works of art, from Shakespeare’s classic to several Indian films of the 1920s to even pop songs like Eric Clapton’s “Layla.”

Youssef is currently in post on her feature, and it’s been a long road. “I’ve been working on the film for eight years, continuously,” she says. “I’ve never fought for something so hard before — I’ve defined my whole existence around this film.” The feature began in 2002 when Youssef traveled to Gaza while in post on a short documentary, Forbidden to Wander. She noticed all the graffiti on the walls there, and decided to make Majnun Layla’s poet one who scrawled his works on walls for all to see. She received a Fulbright scholarship to work on the script and, later, brought on an Islamic specialist as a co-writer. In 2007 she traveled to Gaza with the intention of shooting the film there, but the violence was too heavy. Realizing she needed a backup plan, she visited the West Bank and figured out ways she could cheat it for her Gaza locations. She also cast Palestinians with Israeli passports so that she’d be able to shoot in the West Bank if she had to. “In 2009 I finally raised enough money to make the film, and I had an organization sponsoring my application [to shoot] in Gaza, but it was denied. We went ahead and finally shot in the West Bank, although the film is still the first film set in Gaza in 15 years.”

Youssef was born in Bay Ridge, Brooklyn to a Lebanese father and Syrian mother. She attended University of Virginia undergrad, worked as a journalist in Beirut after college, and returned to the States to go to UT Austin Film School — “without my parents consent,” she adds. “It was a huge problem.  They had somebody they wanted me to marry. It was a big culture clash. I chose film over family.” Habibi Rasak Kharban was funded through a who’s who of non-profit film funders, including Cinereach, the Jerome Foundation and the Princess Grace Foundation.

The Amsterdam-based Youssef, whose earlier shorts played the gay and lesbian festival circuit as well as video-art venues, cites a number of influences on her feature, which was shot by 2006 25 New Face P.J. Raval: the novels of Haruki Murakami, Wagner’s Ring Cycle, and the films of Abbas Kiarostami and Rainer Werner Fassbinder. She also cites Austin’s Richard Linklater as a key inspiration. From him she learned the benefits of basing a film around a community. “When I worked in Ramallah, I made a decision to work as locally as possible,” she says. “Most of my crew were Palestinian and had never been the head of their departments before.” Linklater’s moral support also proved essential. “In 2007, when I came back from Palestine with no film due to the in-fighting in Gaza, I had given up and let him know. He wrote me a brief e-mail that motivated the hell out of me. This project has taken me eight years to make but without influences like him, I could not have made it.” — S.M.