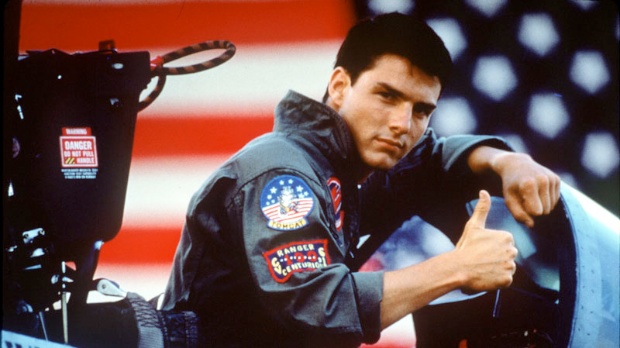 The sound of Casio keyboards float out of a Gap on Broadway and I’m transported. It’s 2013. I’ll be 35-years-old soon. But for a moment I’m back in 1986. I don’t know who the singer is. It’s a boy who sounds like a girl, could be anyone in the ’80s. But it could only be from the ’80s. The strange canned ignorance of it. The willful naiveté. As if the whole world got together and said — let’s be POP. And any emotion, any art, any death, any clarity — we’ll process through that pop.

The ’80s. The one decade where Bob Dylan was lost, wearing terrible clothes, trying to catch up, as opposed to trendsetting. The ’80s, where cute was the name of the game. Oversized sweatshirts, sun-tans, big primped hair like cotton candy avalanches, and a drum kit machine tempo pushing the red cars up and down the road into sunlight and moonlight, never shadows. Cocaine. Day-glo sunglasses. Eddie Murphy’s big empty smile. The name of the game was electricity. What sparked. Strawberry and Gooden. Springsteen’s I’m On Fire. Michael Jackson’s Thriller red leather jacket. Things that smelled like lightning, surges of energy without food for thought. Nothing to chew on or get upset about.

When movies from the ’80s come on these days, they evoke a homesickness in me for a simpler time. The cuts were slower, the stunts were not CGI, it was PG-13 chaste, or it was R-rated bloody — not these new weird Chris Nolan movies that are violent but withhold the blood and get PG-13 ratings. Rodney Dangerfield was jumping off diving boards. Tom Hanks was jumping into the Hudson River and finding out he could breathe underwater with Darryl Hannah. Bill Murray, Bruce Willis, Mickey Rourke and Harrison Ford were all sideways smirkin’. ’80s classics like Midnight Run, Sixteen Candles, Stakeout… They all seem so innocent to me now. But the innocence, mostly, is not real. It’s only because these movies remind me of being a kid, and nostalgia makes things cloudy with sugar.

If you grew up in the ’80s, in America, you almost don’t have a shot at clarity or peace of mind as an adult. It’s true that we were free of the cell phone Facebook and Twitter bombardment that kids these days have to deal with. But the ’80s are a cursed decade, nonetheless. And those who were formed in them carry that curse. It was a decade with a befuddled, airy simplicity that masked the Reagan atrocities being committed. Gecko greed was good. Unabashedly. The studios took away Hal Ashby’s final cut. Bruckheimer and Simpson left Robert Altman for dead, on the side of the road, then took off into the sky. It was a time of turbojets. Whatever was going sour in the earth could be forgotten with a rocket thrust.

What does it mean for a kid to grow up on Top Gun? Perhaps the easiest way to note the affects are to look at Tom Cruise himself. A lot of people ascribe Cruise’s unwavering, shallow fundamentalist attitude to Scientology, but I see the ’80s as his true religion. I see a guy hell-bent on having the complexities of life be just a fast motorcycle ride. Don’t ask questions, don’t stop, this is the mantra of an ’80s child. Intensity will rule out. The flash of perfect white teeth. There is nothing that cannot be beaten by pure passion and will. No Retreat, No Surrender. The Goonies ‘R’ Good Enough.

I propose here that children of the 80’s are unusually stubborn, rigid, inflexible, prone to self-dramatization, and slow to change. In our hearts we still think we’re Marty Mcfly in Back To The Future. All we need to do is get the DeLorean time machine to accelerate. Then we’ll jump time, leave fire trails where our tires were.

Our president was a movie star. The second Cold War was a bad anti-communist movie. “My idea of American policy toward the Soviet Union is simple, and some would say simplistic,” said Reagan. “It is this: We win and they lose. What do you think of that?”

As I get older, I think about my foundation of beliefs, my sense of self, why it’s so hard for me to change and get older and let go of ideas. And a lot of it has to do with that dumb decade I grew up in. The decade of the blockbuster. There was nothing subtle about America in the ’80s. To the point of being anti-human and fascistic. It was a time to be popular. Nerds only had their revenge if they became like the popular people, got the trendy girls, became more socially acceptable.

I was popular. I was cute. I mastered the art of the long sweatshirt, down to my knees, my hair blonde and high, a gold chain dangling from my neck. In fifth grade I dated a seventh grader and kissed her, with tongue, while slow dancing to Poison’s “Every Rose Has It’s Thorn.” Basically, I was Jimmy Reardon. Except in real life, Jimmy Reardon has a learning disability. Which I had no idea what to do with, aside from hide it. I couldn’t find the lever, or peddle, or engine, to blast thru that learning disability. And I never have. I don’t think Tom Cruise has either. These are the things the ’80s didn’t prepare us for. Things that go bump in the night. Things that don’t fit in an obvious cookie cutter. Things that are unique, obscure, understated.

Even an obvious ’80s kid like me learns about subtlety. I’ve had to. Comeuppance come. Tragedy and death strike. Trauma lingers. Towers crumble and stars fade. I heard you moved to the country. What is that like? And you’re a mother now. Okay. Okay.

I’ve learned about the beauty of the long distance run, rather than the sprint. I’ve learned that love doesn’t come in a neat and glossy package. That love is messy, love is quiet, love is shy. Still I must admit, sometimes I find myself looking for that fastball from my childhood. I feel cornered and I reach back for that 99-mile-per-hour Ricky Vaughn fastball. That Rocky Balboa knockout punch. That Breakfast Club crush explosion. That jet. That jet that jets. That godly ego rush of no god. That all consuming feeling of worshipping one’s self, where nothing matters but one’s own pleasure and nothing else did ever exist but me. Me, the ruthless, high American puppy, running through the night, chasing a fantasy bone.