Which Camera for Which Genre? Five Questions for D.P. Timur Civan 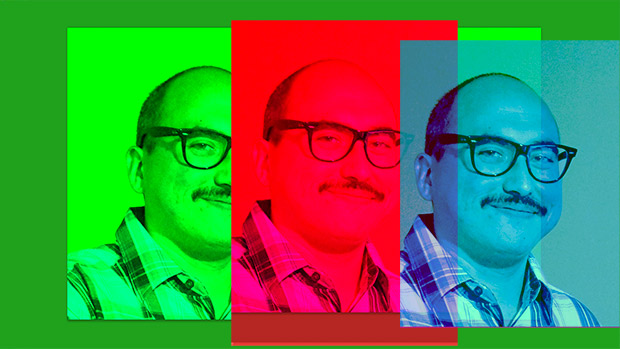 by Michael Murie
in Cinematographers, Filmmaking, Interviews
on Jun 26, 2013

As an undergrad at NYU, Timur Civan studied sculpture before moving into video. “I became really interested in video because I was able to bring time into my sculptural work,” he says. Civan has produced a wide variety of work, from short films, music videos, and corporate videos, to commercials and documentaries. He recently DP’d Vincent Laforet’s intro for the M?VI digital 3-axis gyro-stabilized camera gimbal. He has an affinity for experimenting with unusual gear, and finding new in-camera effects.

Civan spoke to us briefly at a recent presentation he gave at Rule Boston Camera:

Filmmaker: How did you first get interested in making films?

Civan: I started as a visual artist, a sculptor. I was always very interested in finding limitations in materials; I would build projects around things that flex to the point where it was about to break. It was all about tension and structural stresses and things like that, and the one thing that I realized I was missing was time, the temporal element.

Once I started working on that, I found that creating the image itself was more interesting, and I started getting interested in photography at the same time. It all kind of grew out of buying a little DVX100 camera. Once I started incorporating that, I started working more and more in video until the sculpture started phasing out and it become purely video.

Filmmaker: Have you ever shot film?

Civan: I have shot 35mm a couple of times. I kind of consider myself the last guy through the door because I learned as an AC on two features in film and I was the DP for a second unit on one of them. And I also shot several small Super 16 projects. But I never learned it completely. I know the theory, but it was too expensive, and that was when HD started to bloom and it just got wiped off the map for anything but the top end.

Filmmaker: You’ve worked with a number of cameras recently. How do you choose what camera to use, or is it a decision being made for you by the producers?

Civan: Well pretty much everything costs the same nowadays. With companies cutting the prices on camera rentals — in New York they are charging a few hundred dollars a day for an Alexa — cost really isn’t that big of a deal. If you need a camera you can find a camera for cheap. But of course, there are work flow issues, and it just depends on what the production can support.

I own an Epic. The reason I bought it is that it’s very flexible, so it can accomplish pretty much everything. If I was shooting a science fiction film, I’d definitely use the Epic because it’s super sharp and clean. Prometheus and many other films have been shot on Red. But if I was to shoot a western or a dramatic piece or something period, I would possibly go with an Alexa for its nostalgic look. It just depends on the context of the material.

Filmmaker: What about lenses?

Civan: I like Cookes. They’re just beautiful, they’re just so gorgeous, I try to shoot as much as I can with those. I own a Fujinon Cabrio and I like that too; it’s a very flexible, beautiful zoom that’s light weight. For the gear that I own I pay more attention to its flexibility.

Filmmaker: What are your major influences?

Civan: In which part of my life?

Civan: Matthew Barney, Roger Deakins, Robert Elswit, Vittorio Storaro, Gordon Willis, Jordan Cronenweth. That’s about all I can think of off the top of my head.