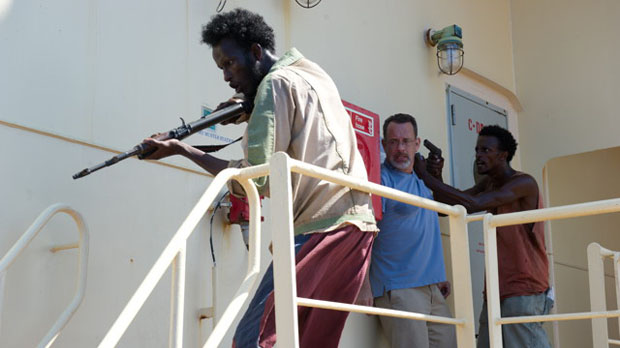 One of the most anticipated awards films of the year, Paul Greengrass’ Somali pirate movie Captain Phillips, was missing from both the Venice and Toronto lineups announced last week, and the reason why is that, as it was just announced today, it is on September 27 to open the 51st New York Film Festival, where it will have its world premiere. Telling the gripping real-life story of the 2009 hijacking of the American vessel Maersk Alabama, Greengrass’ film centers on the actions of container ship’s captain, played by Tom Hanks. (Captain Phillips will be released theatrically by Sony Pictures on October 11.)

Commenting on the choice of opening night movie, NYFF’s Director of Programming and Selection Committee Chair Kent Jones said, “Captain Phillips is a riveting experience. At this point in his working life, Paul Greengrass has become a master of immersive reality-based narratives set along geopolitical fault lines – in this case, the 2009 seizure of the Maersk Alabama cargo ship by four Somali pirates. I’m excited that this tough, tense, real-life thriller, capped by the remarkable performances of Tom Hanks and four brilliant first-time Somali actors (Barkhad Abdi, Faysal Ahmed, Barkhad Abdirahman and Mahat M. Ali), is opening the 51st edition of the festival.”

For more, check out the trailer below, and read an interview with Greengrass about the film on the FSLC website.