Venice 2013 Critic’s Notebook: Palo Alto, Parkland and Joe —To Live and Die in the USA 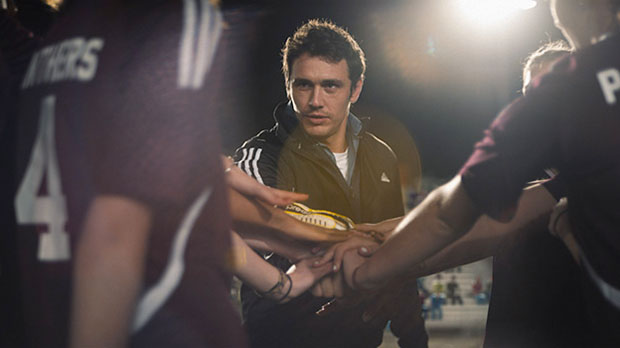 In the year of our Lord, 2013, the chances are that if you stand in any one place for long enough, some or other cultural product bearing traces of the involvement of prolific polymath James Franco will drift into your orbit. This general rule of thumb goes treble for festivals, and this year’s Venice has been no exception.

Unfortunately (or fortunately, if my festival flatmates’ vituperative reactions were anything to go by) I missed the Franco-directed, necrophilia-laced Cormac McCarthy adaptation Child of God, and I also spotted his name in the written credits, presumably as a talking head, for the Sam Fuller documentary A Fuller Life. My first and only full-on Franco exposure came in the form of Palo Alto, a teen movie directed by debutant Gia Coppola (Francis’ granddaughter), and based on the 2010 collection of short stories by Franco. The film’s setting is the eponymous California suburb where Franco grew up, and it focuses on a brief period in the lives of a small group of high-schoolers as they deal with a standard-issue set of problems: run-ins with “the pigs,” ill-advised dabblings with illicit substances, sexual insecurity, and general ennui. Franco himself pops up in amusing minor role as a sleazy girls’ soccer coach, flashing that shit-eating grin at every available opportunity.

At its over-stylized worst, Palo Alto resembles a partially animated American Apparel photoshoot, but for the majority of its running time it’s a keenly observed, humane group portrait which knits together the disparate tales of its source material into a neat, Raymond Carver-lite quilt. It wears its influences (Gus Van Sant, Bret Easton Ellis, Jonathan Kaplan’s classic Over The Edge) on its sleeve, and has little new to say, but possesses a winning sense of humor and fine performances from an impressive young cast, including Emma Roberts, who imbues a potentially banal dreamer archetype with real feeling. Best of all, it rejects the soul-gnawingly jaded view of American youth that Gia’s auntie Sofia peddled in the recent The Bling Ring in favor of bruised but hopeful humanity. One other thing: I laughed like a drain when Val Kilmer appeared as a beatifically fatted writer puffing lasciviously on a joint. 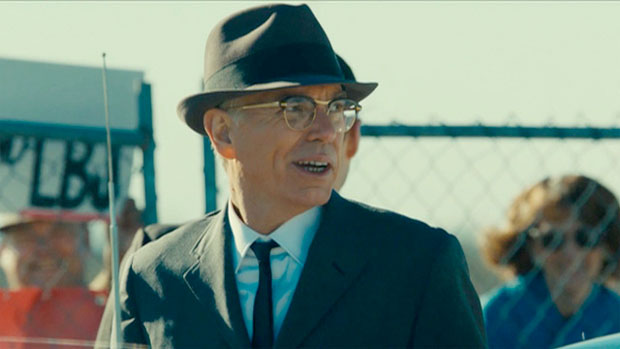 I didn’t know whether to laugh or cry during Peter Landesman’s truly terrible Parkland: easily the worst film in this year’s competition, and possibly the most uncalled-for film I’ve seen all year. Cobbled together to commemorate the 50th anniversary of the assassination of President Kennedy, it takes a fiercely literal, TV reconstruction-style approach to dramatizing the incident. Alarm bells are ringing by the time a pre-film title card spells out just who JFK was (in case you didn’t know), and they escalate to a deafening pitch in an opening sequence which makes a point of slapping big, and completely pointless, identity captions onto the screen whenever a new one-dimensional character is introduced. What follows is a dire, fundamentally misconceived stew of unfocused storytelling, comically expository dialogue and pancake-flat drama. And did nobody involved with the production see that leveraging JFK’s bloody deathbed scene in order to provide Zac Efron (here playing a hunky doctor) with a platform to soulfully quiver his bee-stung lips might be deeply tasteless?

Parkland might’ve worked had it focused on one single character or story thread; maybe the moral quandary of right-place horrific-time amateur cameraman Abraham Zapruder (Paul Giamatti), or, most intriguingly of all, Lee Harvey Oswald’s brother (James Badge Dale), who is faced with ostracisation-by-association. Instead the characters are all surface ciphers, and what we’re left with is pathos-riddled cognitive dissonance which arises when very good actors are forced to work with very bad material (you just want to weep for Marcia Gay Harden and Billy Bob Thornton in particular). There are also some performances which are simply dreadful, whichever way you slice them. Jacki Weaver is wildly over the top as Lee Harvey Oswald’s dotty mother, while Mark Duplass’s government official, aiming for agitated, spends the entire film charging around looking as though he’s just violently soiled himself. That this film is in the running for the Golden Lion is a mystery only Columbo, at a push, could solve. If it wins, I’ll give up film criticism altogether.

If Parkland is a comically botched attempt at mythologizing a traumatic American reality, then David Gordon Green’s Deep South-set drama Joe, an adaptation of the novel by Larry Brown, is a serious exploration of American frontier mythology within a grimly relatable modern context. A gritty, darkly humorous and occasionally extremely violent tale of fathers and sons featuring a superb turn from a sensibly utilized (for once!) Nicolas Cage, it’s easily Green’s darkest work to date.

I’ve written about the film in greater detail for another publication, but I wanted to use this space to discuss one particular element: the appearance of one Gary Poulter in the role of a monstrous, booze-sodden, abusive father. I spent the entire film wondering why I’d never seen this brilliantly convincing actor before, and was startled to see a dedication to Poulter appear ahead of the final credits. As it transpires, Poulter, who died in February this year, was homeless when he was spotted by casting director John Williams at a bus-stop, and persuaded to try for the role. Details on Poulter are vague, but a cursory Google throws up a brisk obituary on a website for a Texas paper, a couple of unflattering mugshots from sites with names like “Busted!” and “Just Mugshots,” and, most gallingly of all, a hopeful, self-penned entry on a talent website, which reveals Poulter’s excitement at potential future roles. In some ways, Poulter’s brief, shining ascension to the spotlight (a posthumous Oscar nom is really not beyond the realms of possibility), swiftly followed by his sudden demise, somehow burnishes and mocks the so-called American dream in one fell, brutal swoop. It’s a ghoulishly appropriate parallel for Green’s dark, brooding slice of Americana.