Dear Irrfan Khan, I Love You 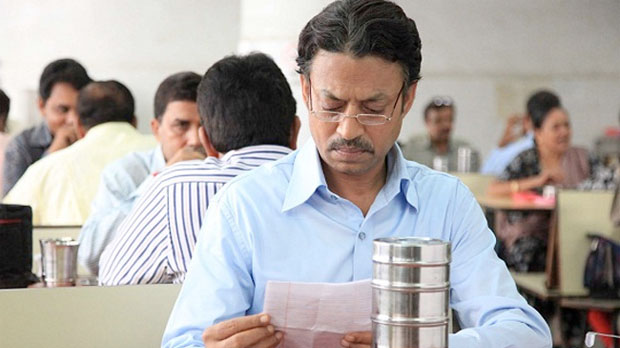 I fell in love this week at Toronto.

It started as an attraction during In Treatment, when he was depressed, and took four minutes of screen time to roll a cigarette. It grew during The Namesake. And then when I watched Life of Pi on an airplane and he made me cry – even more than how much I normally cry when watching movies on planes – I started feeling feelings. As I wiped my eyes with the sleeve of a sleeping passenger beside me, I knew what was happening: I had an actor crush.

But during an 8AM screening of The Lunchbox this week at TIFF, he got me. The movie, directed by Ritesh Batra and shot by Michael Simmonds (Goodbye Solo), follows Mr. Khan as a lonely, closed-off office worker who begins getting the wrong lunchbox every day from a delivery service. He begins a relationship of notes and letters with the cook, a lonely wife in the center of town. Can they meet in person – should they meet in person?

Here is why Irrfan Khan is so good:

Stillness is the most underrated weapon in an actor’s arsenal. Irrfan Khan is a – nay, THE — master of stillness. Mr. Khan’s particular stillness is very important, because it gives his  gigantic, wet black eyes time to stare at things. He is so good at staring at things.

When he is staring at things, Irrfan Khan does not mix up his emotions. You see all of the feelings – melancholy, exhaustion, hopelessness, annoyance, regret, surprise – but you don’t see them all at once. You see them one by one. You see the clouds pass into beautiful motionless face for melancholy, and then see them pass back out again for exhaustion. You see the almost imperceptible intake of breath for annoyance, and then you feel the quiet exhalation of regret.  You can hear every discreet thought, individually, echoing through your mind – even though he’s not saying a word.

When he does move – O, how he moves! The Lunchbox bestows upon us Irr-Fans almost ten – ten! – unbroken master shots of The Great Still One eating lunch. Just eating lunch. We get to gaze upon him as he unzips the lunch bag, puts the bag away, looks at the lunchbox, unclips its handles. Smells. Thinks. Looks. Unpacks the first tray – examines it. Unpacks the second tray – registers what it is. Checks the third, and then the fourth. Lays them all out next to each other. Looks around. Smells again. Hesitates. Inserts his spoon into the first dish. Carefully lays it onto his plate. Gathers some of the second dish. Puts it nearby.

…he reaches spoon to his lips and….

…he takes a bite.

And he doesn’t smile. He doesn’t move. He does nothing. But inside those beautiful, gigantic, wet, black, sad, wise, lonely eyes – we can see the light change.  His heart just skipped a beat.

And so did mine.