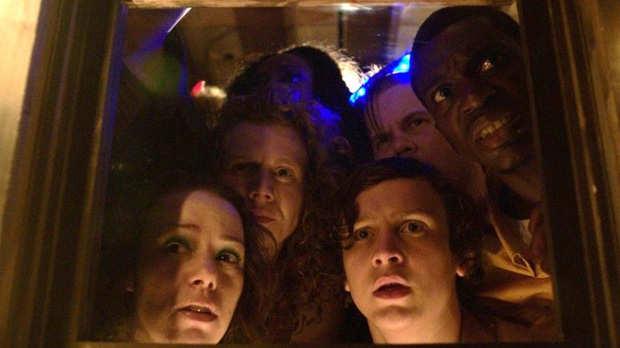 by Randy Astle
in Filmmaking, Interviews, Post-Production
on Sep 20, 2013

You may not know Edson Williams’ name, but odds are you’ve seen his work. Since the mid-’90s he’s built his career not behind the camera but behind a monitor, creating special effects for well over 100 of the most visually arresting films of the last twenty years, from high-concept films like Titanic, Avatar, Hugo, Prometheus, Harry Potter and the Deathly Hallows Part 2, Iron Man, Skyfall, and J. J. Abrams’ Star Trek reboot to just as many films where the visual effects are much more subtle, including Cruel Intentions, The Princess Diaries 2, The Devil Wears Prada, J. Edgar, and House of Cards.

That’s already quite the CV, but Williams has also founded and run several of his own effects companies, most recently Lola VFX, created in 2003 with Thomas Nittmann and brothers Greg and Colin Strause. Lola VFX focuses primarily on changing actors’ physical appearances: making them older, younger, fatter, skinnier, etc.–think scrawny Chris Evans in Captain America–and also duplicating and compositing them for dual onscreen roles, as in Armie Hammer’s portrayal of both Winklevoss twins in The Social Network.

Now director Dennis Iliadis’s new film +1 has taken that latter technology and upped the ante several dozenfold. The film is about a college party where a strange disturbance results in the guests being duplicated, resulting in a thriller in which characters not only stand next to themselves but interact physically with themselves, including extensive fighting and, according to the trailer, at least one make-out session. The number of duplicate characters and the ways in which they interact provided plenty of new challenges for Williams and his team.

Williams spoke with Filmmaker from Santa Monica. +1 is being released in theaters and on iTunes today.

Filmmaker: Tell me about your background and how you got involved with visual effects.

Williams: When I was in 5th grade, my mother bought a Super 8 camera, tripod, projector, and splicer. With these tools, I started making silly little films, and eventually made a series of Spy vs. Spy shorts in 6th grade. I  went to college at Brooks Institute of Photography in Santa Barbara, and I spent my free time learning Photoshop and Alias PowerAnimator. While at Brooks, a friend who worked at Wavefront asked me if I knew how to composite for films. I lied and said yes. The first few days were rough, but I picked up the software quickly and I was on my way. My first movie experience was compositing the teleport effect in Stargate.

Filmmaker: Moving on from there, what was the motivation for forming Lola VFX and having it specialize in altering human appearances?

Williams: I came from a background in traditional visual effects, and we started doing more and more work on music videos and commercials. My business partners and I decided to create a specialty company that did the same “cosmetic” fixes for feature films. The big break for us came with Benjamin Button. David Fincher entrusted us to make Brad Pitt 20 years younger, and we still use the techniques developed for Button today.

Filmmaker: What’s that process like? How do you go about aging up Brad Pitt in Benjamin Button or aging down Ian McKellen in X-Men: The Last Stand?

Williams: We treat the de-aging process like plastic surgery. We will start with a digital derm abrasion, removing any age spots or imperfects that would be caused by age. We reduce the eye bags by pulling histograms and lifting the shadow values, then we mesh warp up the sag. The digital face lift is done by tracking 3D mesh warps onto the actor’s face, then using Flame to lift the skin along the neck.  Shrinking the ears and nose is also done with 3D tracked mesh warps. Often we need to track on matte paintings to de-age the neck; it is always a tricky area due to the flex of the skin and the movement of the muscles when the actor delivers the lines.  The final step is reshaping the face with light and shadow; we can significantly reduce age by lighting alone.

Filmmaker: Of course you don’t do all that alone. On a day-to-day basis, what does your specific role as a visual effects supervisor entail?

Williams: My role as a visual effects supervisor is varied. Depending on the project we are working on, I usually spend ten to 30 days a year on set, with the remaining time back at the office. Lola works on multiple movies at a time, and each one needs attention. I typically spend one to two hours a day in the theater reviewing shots, spread over multiple sessions. When we are at the tail end of a large project, I can be in the theater as much as four hours a day.  We will start a session, and by the time we are through the list, there are five more shots to review.

Filmmaker: Let’s talk about compositing. It’s been around a long time but the technology has obviously changed. How do you go about combining the multiple versions of the characters for a film like +1?

Williams: +1 was an incredible challenge, and it was accomplished with our facial ADR rig. The original rig was developed for creating the twins in Social Network, but we had to create a far more complex system for +1. The director, Dennis Iliadis, wanted a fight sequence unlike anything that had been done before. He did not want the doppelgängers to be fighting another actor wearing the same clothes–he wanted his actors to be fighting themselves.  The first step was to film the hero actor fighting another actor wearing the same clothes with a similar body type. Once editorial made selects, we would bring the hero actor to our facility, and the hero actor would recreate the fighting performance of the body double in the facial ADR rig. The facial ADR rig consist of a rigid chair inside a bank of LED panels that surround the actor. We have complete control over the lights and we can recreate any lighting environment inside the rig. The rig needs to be programmed to match the in-camera lighting on the actor’s face; this usually take a few days.

Filmmaker: That brings up a good point. +1 is unique because it’s not just the one-on-one (or -two) encounters of a show like Orphan Black, but entire crowd scenes–not to mention the physical contact, like those fights between characters played by the same actor. How did accomplishing this differ from your previous compositing work?

Williams: +1 is the first time we used facial projections with physical interactions. Trying to project the hero actor’s face onto a body double’s face while that body double is being punched in the head was far more difficult that we imagined. We assumed these would be challenging shots, but we definitely underestimated the time involved to make them seamless. Another variable that made the fighting sequence more difficult was the lighting environment. The fight takes place in a large shed lit by a single bare lightbulb. This is a worst case scenario for us: the defined shadows and highlights left very little room for error, and it made getting the lighting right in the facial ADR rig so critical. It was the most nerve-wracking shooting experience I ever had. It absolutely had to be perfect.