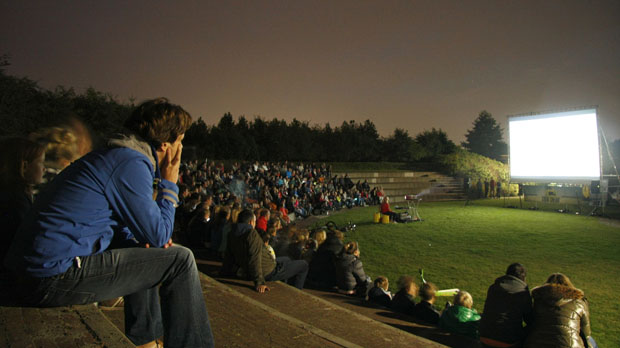 CosyMo’s Solar Cinema, a solar-powered, mobile movie theater that brings socially engaged art films to underserved communities, is the brainchild of Dutch filmmaker Maureen Prins, who, ironically, is based in Tilburg, Holland’s rainy southern city. Now in its seventh year, Prins’s sustainable cinema has traversed both Europe and Latin America, with the activist artist hoping to “conquer the world and create an international network of Ecocinemas that distribute and show films everywhere.” To that end, Prins has been screening films throughout Europe since 2010, partnering with such organizations as France’s Cine sin Fronteras, Croatia’s Pula Film Festival, Malta’s Cinemastik, Slovenia’s Marindol Children’s […]