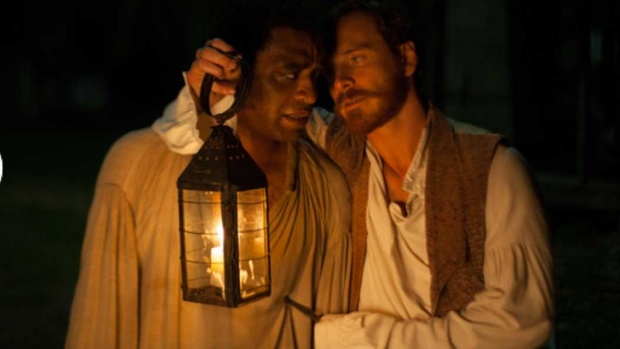 Commenting on today’s release, Joana Vicente, Executive Director of IFP and the Made in NY Media Center, said, “The Gotham Awards celebrate and showcase the very best of the vibrant, entertaining, challenging, and innovative films presented by our community, and help new audiences discover this vital work. We congratulate this year’s master film artists, talented newcomers, and other nominees representing the rich and diverse spectrum of today’s independent filmmaking. We also want to thank our nominating committees of film critics, journalists, programmers and film curators for their dedication to selecting the nominees from so many worthy submissions.”

This year for the first time, there are Best Actress and Best Actor categories at the Gotham Awards, with the nods being divided between Oscar favorites (Robert Redford, Matthew McConaughey, Oscar Isaac, Cate Blanchett) and actors who have excelled in smaller indie titles (Isaiah Washington, Brie Larson, Amy Seimetz, Shailene Woodley).

The biggest surprises arguably come in the documentary category, with acclaimed but lower profile titles such as Alan Berliner’s First Cousin Once Removed and Jason Osder’s Let the Fire Burn getting shortlisted in what is a very competitive year for documentaries. (Only Joshua Oppenheimer’s The Act of Killing could have been considered a dead cert for a nomination.) Also notable are the two nominations for Amy Seimetz, who is up for the Bingham Ray Breakthrough Director Award for Sun Don’t Shine and Best Actress for Upstream Color. This is, interestingly, the second year in a row that Sun Don’t Shine is nominated for an award (last year, it was a Best Film Not Playing contender), while Stacie Passon — the winner of the Spotlight on Women Filmmakers ‘Live the Dream’ Grant in 2012 — also makes a second visit in two years to the Gothams with Concussion, this time getting a nod in the Breakthrough Director category.

Also being presented at Cipriani Wall Street on December 2 is the Gotham Audience Award;  voters can vote online for their favorite (of the 34 films on the longlist) at the Gotham Awards website.

Robert Redford in All Is Lost (Lionsgate and Roadside Attractions)

Shailene Woodley in The Spectacular Now (A24)

Kathryn Hahn in Afternoon Delight (The Film Arcade and Cinedigm)

Michael B. Jordan in Fruitvale Station (The Weinstein Company)

For the third consecutive year, IFP is proud present the euphoria Calvin Klein Spotlight on Women Filmmakers ‘Live the Dream’ grant, a $25,000 cash award for an alumna of IFP’s Independent Filmmaker Labs. This grant aims to further the careers of emerging women directors by supporting the completion, distribution and audience engagement strategies of their first feature film.