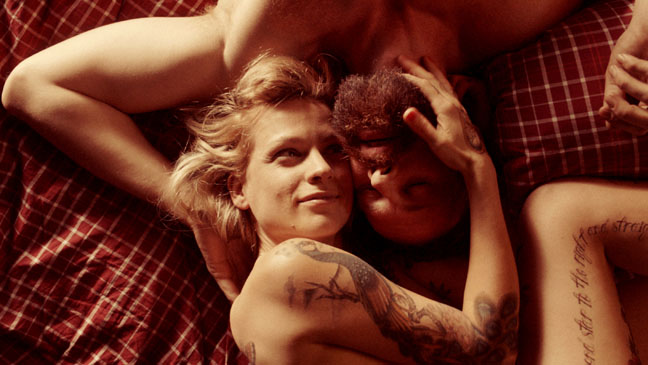 by Brandon Harris
in Director Interviews
on Oct 30, 2013

The Broken Circle Breakdown spares you no sentiment at all. It’s willfully melodramatic and all the better for it. A broad, decade-spanning tale, set in an almost unthinkably weird but remarkably compelling European subculture. Belgian filmmaker Felix Van Groeningen’s newest film, a double prize-winner at Tribeca this year, leaps into loss and love and faith amidst the story of a Dutch couple, bluegrass musicians of all things, who confront, in vastly different ways, the untimely death of their young child. Set largely in the Flemish countryside, the movie goes back and forth in time, dancing from the start of the couple’s time together to the period of their child’s early years and forward to the period following the child’s demise. It’s balls-to-the-wall emotion from start to finish, a movie that ends with a deathbed singalong after weaving its way through a non-linear tale that has had as many people blinking at tears as it’s had scratching their head during a remarkable yearlong festival run that began in Berlin and has included stops in Zurich and Abu Dhabi.

Featuring a shatteringly effective turn by Veerle Baetens, who won best actress at Tribeca while her director Van Groeningen and her co-star Johan Heldenbergh picked up best screenplay for their adaptation of Heldenbergh’s play of the same name, the movie’s rousing musical numbers, editorial fluidity and colorful visuals form a dynamic and lasting impression. Editor Nico Luenen deserves as much credit as the cast — he spins this story as if it’s The Sweet Hereafter on crystal meth, interweaving a decade’s worth of arguments, medical consultations and concerts into a densely packed narrative. The film touches on the brutality of cancer and drug addiction, the difficulties of commitment and the inability to stave off blame and recrimination with great skill. The picture, which is being distributed stateside by a Tribeca Film, opens at Manhattan’s Landmark Sunshine Cinema on Friday. 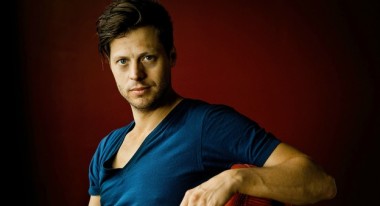 Filmmaker: Bluegrass in Europe? Who knew? Had you discovered this scene before you had read the play upon which the film is based?

Van Groeningen: I didn’t know anything about it so I didn’t know really about this music before I saw the theater play. So I discovered it and when I saw the theater play I decided to make a movie out of it. And then I did some research. I went to a couple of concerts in Belgium for Belgian bluegrass bands. And then I went to a festival in Holland. It’s more like a getting together of European bluegrass bands. And there I discovered that there is a big scene. That there are bands all over Europe playing this kind of music and they get together and just play and have fun. So that’s how I discovered it, and of course by listening to all of the classics.

Filmmaker: What most spoke to you about the play and when did you decide you wanted to film it?

Van Groeningen: What really just hit me was the emotional roller coaster I sat on while seeing this play. So that really stuck with me. I was immediately intrigued by the play and I was wondering if I could make a movie out of it. But then I gave up. I was intrigued and I was touching it a little bit but then I said, ‘No, I’m not going to do it.’ I thought it was going to be too hard and I didn’t find my way in there. But it kept coming back to me, it kept haunting me. So six months after I saw it the first time I decided to do it anyhow because it was so good and so beautiful. And then I thought, ‘I don’t know how but we’ll try to make it work. We’ll find a way.’

Filmmaker: In the transition between play and screenplay, what were the most difficult things to accomplish?

Van Groeningen: When you adapt, the most difficult thing is for the movie to find its own logic. This is the second time I’ve adapted something and I’ve had the same problems when I adapted the first time. The problem is that for the first drafts you will always stay too close to the original because you’ve seen it that way and you think it will work that way. But then you discover that it’s just a different medium; theater and movies or a book and movie. You have to change things, you cannot put everything in it and it will not work the same way. At some point you have to really betray the original to be able to find the logic. It takes a while for you to crack that and it’s not something that happens overnight. It takes a lot of drafts and a lot of bad ideas too to develop before finding the right idea. It was frustrating. I did wonder if I was ever going to pull it off at some point because there was so much that I wanted to put in there. But on the other hand, with adaptation you’ve seen the original and you just fell for it. If you fall in love with something you will keep finding the energy over and over again to try to make it into something new because there’s the heart. You know what touched you so deeply that you want to spend that amount of energy to try to adapt it.

Filmmaker: Did you have to deliberately try to “open it up”, to make it more cinematic? If so, how did you do about that in the writing and visual design phase of pre-production?

Van Groeningen: It’s just something that goes slowly. I’m a director but I’m a writer/director. And I do write, although it’s not my strongest point, I think. But I need that time to find the right images to make the movie live. So a lot of the imagery was born in the writing. The idea of the farm where they lived, for example, this is something that wasn’t in the theater play, this is something that was born through writing. The tattoos, to explore that visually was something that was born during writing. It was in the theater play but it was mentioned very briefly and we really made it into a storyline. So there’s that and of course the moment we go into pre-production is where you have find the right actors and you have to think about what they’re going to wear. So visually most of how it looks is developed during that period. It’s not something I really have a big take on during writing. Some images are being developed during writing but the real looks are decided with all the crew members that work on it such as the costume director and art director. I just have a vague idea of where I want to go and they bring in a lot of stuff and I say, “Okay, is this something I like or don’t like.” It’s just trial and error, just trying things and seeing it grow.

Filmmaker: Was the process of raising the financing difficult at all?

Van Groeningen: No. To be honest, it was not difficult. It’s my fourth film and my previous film did pretty well in Belgium, so of course that helped. And the theater play was also big and it had its merits. Basically it always comes down to the script. If people like the script, they will find the money for it and that’s what happened.

Filmmaker: Johan was obviously one of the originals of the piece, but how did you settle on Veerle for the other lead?

Van Groeningen: I did auditions and then I quickly decided that I wanted to do it with her. I saw a big spark between her and Johan and I felt the spark myself. I thought, “This has to be Elise.” For me, casting is a little bit like falling in love. All of a sudden it happens to you. You don’t know it up front, that this person could play that character, but all of a sudden the actress and the character they come together and create a spark. And I fall for it. I just know that’s what I want to try to do.

Filmmaker: Were there unforeseen difficulties on the shoot?

Van Groeningen: A lot of crying. But other than that, everything went pretty okay. It was a beautiful period. Everybody was extremely concentrated, and really did their best. So that’s an amazing feeling as a director, when you feel like the whole crew is behind what you’re trying to do and that really happened. But it was emotionally draining. Although there are a lot beautiful scenes, at some point you get in a very strange state of mind where you cry at everything.

Filmmaker: The non-linear editing style of the film is deftly handled. What was the motivation behind telling the story that way?

Van Groeningen: The experience of the theater play actually. The theater play was very, very interesting. It was just two people telling their story. You had no scenes being reenacted, you didn’t have a kid. You just had the music and the story that was being told to the audience. Nevertheless, you jumped back and forth in time. You felt where the story was leading to and on the other hand you keep going back and forth and telling details from when they were still a couple and then also afterwards. What it did was it put in very high stakes. When you [had been watching] this theater play 15 minutes or so, you were already almost crying. And then it went way beyond that. So I felt that the movie had to do that in a way. So going back and forth was the only way we could tell the story to have the audience experience that feeling that I had when I first saw the play.

Filmmaker: Are there things you miss from the earlier cuts that left the film in the editing process?

Van Groeningen: No, I’m usually not a director who has a problem with letting go. I think it’s such a great part of moviemaking. You release something out and it becomes better. Once you realize this as a director it becomes like a sport. You think, “Okay, let’s try to replace this one and maybe it’ll become something better.” I have a great editor and usually he cuts out half of my dialogue and makes it better. What happens is that you take out the words and it makes the poetry more beautiful. You know what it’s about without having to explain everything. That’s what happens with editing when you take out things and that’s how you see that the movie only gets better.

Filmmaker: Which character do you most personally identify with? Are you a believer or not?

Van Groeningen: I’m really in the middle, I guess. And I guess most people can relate to both characters. Knowing there is no God but needing one or telling yourself that there is one because you need to overcome something but actually doubting about it. I’m in the middle of that.