Independent Film and the Reshoot 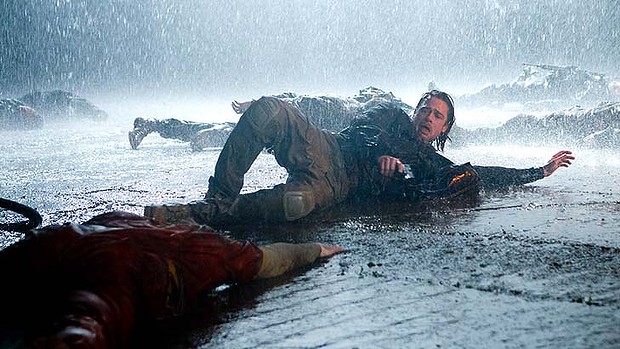 by Scott Macaulay
in Filmmaking, Production
on Nov 20, 2013

If you ask me what’s the biggest difference between studio and independent productions, I wouldn’t answer the length of the shooting schedule or luxuriousness of the craft service. No, I’d say it’s the ability to do reshoots. While studio films can hone their stories through test screenings and additional photography, changing endings (Fatal Attraction) and even entire third acts (World War Z), too many independents wind up with depleted contingencies and unwilling investors when additional photography needs arise in post.

Producer Rob Cowan wrote about reshoots today at Hollywood Journal, correctly regarding them not as signs of weakness but as tools in directors’ arsenals:

Many people look at the act of reshooting as going backwards – or trying to put a Band-aid on something that’s broken. Or as in golf – a “mulligan” – completely breaking the rules to forgive and forget a botched shot. It’s the opposite in fact. It’s enhancing your project with a better insight into what the film is and what the film needs. It’s one of those rare chances in life where you get to reflect on where you are – take a step to the side and possibly even change course to make something better.

In day to day life, too often we don’t allow ourselves to take that step aside and assess what our goals are – what we’ve built and could do better by being reflective and willing to repair something that isn’t working. When we’re in production, we fire headlong like a freight train on a single track with no ability to look back and see where we came from and little time to make a change in course.

That ability to be reflective, to take in the whole picture and dissect it into the parts that have made the whole is an essential part of filmmaking. That chance to change those parts, polish them up a bit – or re-evaluate what is necessary and what is not, and being bold enough to make a change is basically the act of reshooting.

As a producer, I’ve done several reshoots, and in all cases they’ve been enormously helpful. One was the final scene in a film with an ending that, when it played before test audiences, was just too abrupt. Yes, everything was wrapped up, but we were missing the grace note that would allow the audience to compose themselves and process what they had just seen. We filmed a “six weeks later” scene that did just that. (Very early in my career I had the same problem on another picture without the budget for reshoots; on that one, we had to resort to optical trickery — slow motion and the like — to elongate a climactic fight scene that was just wasn’t covered enough. It wasn’t an ideal solution, and I learned from it.) On another film, we did reshoots because we forgot Francis Ford Coppola’s famous dictum about always shooting your characters with their back to the camera and on the telephone. That’s a sure-fire way to get yourself out of a narrative jam in post; lacking those scenes, we shot them, and all the actors smoked cigarettes to hide the fact that the weather had changed and steam was coming from their mouths in the cold.

On yet another picture, this one with a sub-$1 million budget, the demand for reshoots came from the director. He was quite precise about what he needed to do, which was to shoot some very small connecting scenes that would fill in additional emotional beats. And, one scene would be reshot to cut from the film an actor who wasn’t as strong as the rest of the cast. The financier was skeptical because the cut was already very strong. The director persisted, however, and he did an output of the film with title card slugs explaining the to-be-shot beats at their various points in the movie. We did the reshoots, and even though their moments were small they added a lot. I always look back on that film and realize that even when a film is good you can usually do something to make it just a bit better.

So, remember to budget reshoots. As well as save your wardrobe, key props, and not to piss off your location owners. You may need to go back in, and there’s no shame in that.