Push Notifications for the People (and Super Fans): App.net’s Broadcast 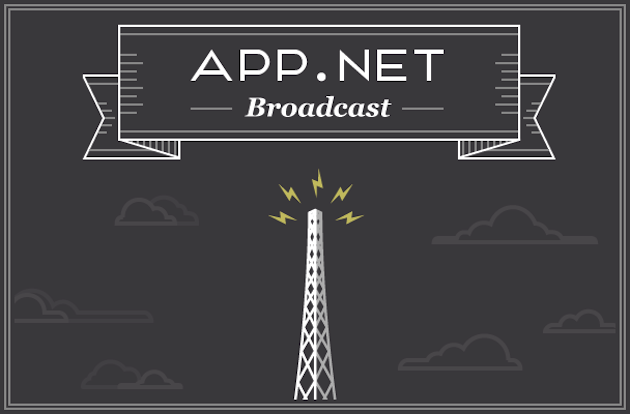 by Sarah Salovaara
in Distribution, Filmmaking, Transmedia
on Nov 21, 2013

If you own a smartphone, chances are you’re familiar with push notifications. Popularized by Apple’s iOS 3.0 edition in 2009, push technology utilizes open IP connections to forward notifications from third-party apps to your mobile interface. Formerly reserved for large-scale corporations — The New York Times, etc. — San Francisco-based App.net has created a free marketing channel called Broadcast that democratizes the process of push notification. App.net CEO Dalton Caldwell likens this application to “your own promotional arsenal” for users who already enjoy an active social media presence. News that may otherwise be buried in the barrage of tweets and feeds that constitute our 24-hour news cycle can now be placed directly under a follower’s nose with the push of a button.

Senior Marketing Manager Ben Friedland makes a strong case for why Broadcast is an invaluable tool to the independent filmmaker, in particular. Effectively, any reason a filmmaker would need to connect with his or her audience, “for screening announcements, Q&As, fundraising campaigns, available merchandise, DVD releases, [crew calls],” is distilled and made all the more powerful through Broadcast. “This App is for the ‘super fans,’ the core group of participants and folks on your Facebook, Twitter, newsletter or mailing list,” notes Caldwell. “It’s free, there’s no outsourcing to create your own consolidated app, and it’s effective.” Indeed, Broadcast — available today for iOS and Android — should enjoy a much higher success rate of delivering information to its intended audience than, say, Facebook where “only 10% of people who like your page see a given post.” 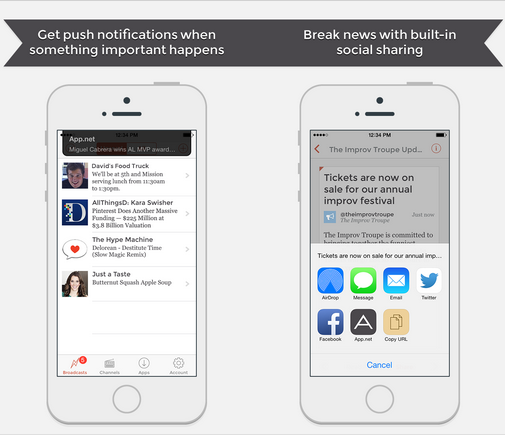 The logistics are straightforward: download the app, create a channel, promote it by embedding a ‘subscribe’ button on your site or other social networking handles, and get to broadcasting your news manually or through an RSS feed. For best results, as to not supersaturate your followers, Caldwell and colleagues suggest sending messages no more than two times a day, though the more discriminating you are, the better.