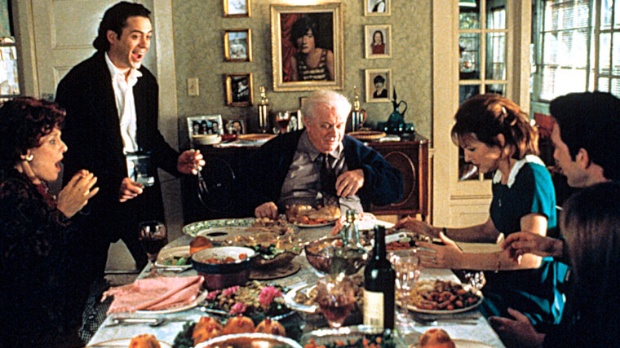 Home for the Holidays

by Scott Macaulay
in Filmmaking, Financing
on Nov 29, 2013

The Thanksgiving tryptophan haze has worn off, your relatives are sprawled on the sofa, exhausted from their Black Friday marathons, and football blares on the flat-screen… is this a good time to hit them up for an investment in your independent film?

Independent filmmakers seeking private equity in their films most often start by looking towards friends and family, and holidays do provide that necessary one-on-one face time. But, raising money from friends and family can be perilous at any time of year, with the holiday season offering its own particular dangers. Over at PandoDaily, Michael Carney has posted a considered list of seven tips to follow for entrepreneurs raising start-up funds at holiday meals. And while his article is aimed at tech founders, his tips are applicable to filmmakers too and at any time of year. He writes:

The fact that a friends and family round is typically the first capital founders raise, means the “business” is likely little more than an idea, and maybe a business plan or a Powerpoint deck. In other words, it’s miles away from success and the road between here and riches is a veritable graveyard of failed ideas and burned investors. There’s a reason these rounds are often affectionately called, “friends, family, and fools” rounds.

Carney’s #1 tip is a virtual mantra with me when I look for film financing, no matter what the time of year: “Only raise money from people who can afford to lose it.” He writes, “The overwhelming majority of startups fail. While your startup may not be long for this world, your relationship with your friends and family should last much longer – if you don’t sabotage it.”

Indeed, when it comes to single-picture investing from friends and families, you should be looking for “mad money” from people who want to support you personally or who’d simply like to go on the ride with you and experience vicarious thrills of producing an independent film. Anyone worried about their kid’s college fund, their mom’s nursing home bills, or the upcoming balloon payment on their mortgage shouldn’t be approached for a sizable cash investment.

If your friends and family happen to include sophisticated and accredited investors, you’ll have to straddle the line between personal request and business pitch. Be prepared to offer a clear argument on why your film could be a success — an argument that involves a finance plan detailing revenue possibilities across a variety of platforms — while acknowledging that there is large possibility that the film could fail entirely. As Carney writes, “… founders shouldn’t promise early investors 1,000 times return on their investment. Instead, founders should promise that they’ll do everything in their power to make this business a success, while also acknowledging that things could go very, very wrong.”

When it comes to independent filmmaking, of course, there are other ways to tap the generosity of your friends and family. A simple announcement that you are hoping to make your film next year with a proposed start date may be enough to prompt offers of in-kind support like locations. If you’re using Kickstarter or Indiegogo, you can always just announce that your campaign is forthcoming and you hope that your family will help distribute to their networks. (Or, perhaps you feel that the holidays aren’t the right time for a formal request, in which case you might just try to enjoy your time together.)

Whatever the case, if you do decide to broach the idea of investing or contributing to your film during the holidays (and I’m not really recommending you do), read Carney’s list first and take heed of his ultimate warning by imagining your future Thanksgivings around the holiday table. Take heed, he warns, of his “few best practices to help ensure upcoming Thanksgivings won’t involve catty talk from burned investors and awkward silences from family and former friends who’ve lost their money because of you.”