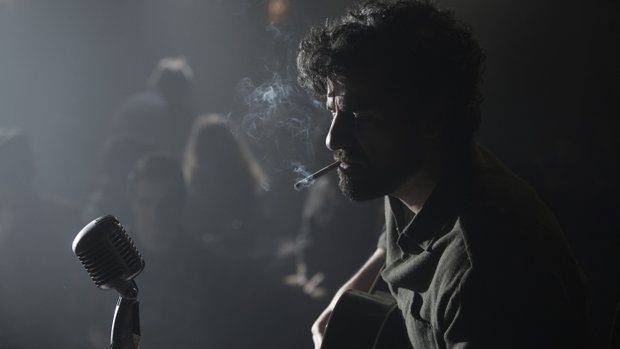 Inside Llewyn Davis, the Coen Brothers’ sly fable of the artist’s life set in the ’60s Greenwich Village folk scene, was awarded the Best Feature prize at last night’s IFP Gotham Awards, held at Cipriani Wall Street. The film was something of a surprise winner, with many predicting Steve McQueen’s 12 Years a Slave to take the top prize. Also scoring at the Gothams was Ryan Coogler’s Fruitvale Station, which won the Bingham Ray Breakthrough Director and Breakthrough Actor for Coogler and Michael B. Jordan, respectively. The Best Documentary Award went to Joshua Oppenheimer, Christine Cynn and Anonymous’s The Act of Killing.

Another upset was Brie Larson, topping Cate Blanchett and Scarlett Johansson to win Best Actress for her role as a crisis-stricken youth counselor in Destin Daniel Cretton’s Short Term 12. Matthew McConaughey won Best Actor for the Dallas Buyers Club, a prize accepted by his co-star Jared Leto, who relayed the actor’s signature line “all right, all right, all right” by iPhone. (“Matthew happens to be one of the few actors working today,” Leto said, explaining McConaughey’s absence.) The Audience Award — or, as one industry veteran quipped to me, “the online organizing award” — went to Tadashi Nakamura’s music doc, Jake Shimabukuro: Life on Four Strings, which beat out more widely seen films 12 Years a Slave and Fruitvale Station. Gita Pulapilly won the Euphoria CK Spotlight on Women Filmmakers Live the Dream award for Beneath the Harvest Sky.

The Gotham Awards, presented by IFP, are selected by juried panels of critics, programmers and film professionals. They are both the first awards of the festival season as well as a kind of homecoming party for the New York indie scene, with the pre-show cocktail party always an anticipated catch-up-and-network event. Some of the most memorable moments last night came from the four tributes, each of whom received memorable introductions. Departing Commissioner of the New York City Mayor’s Office of Media and Entertainment Katherine Oliver was introduced by Mayor Michael Bloomberg with humor, affection and impeccable timing. “Independent filmmakers and New York have a lot in common — we both want Harvey Weinstein to be nice to us,” he quipped. He also deftly worked in a Rob Ford joke as well an off-handed dig at host Nick Kroll, who was hit-and-miss throughout the evening. For her part, Oliver, noting Bloomberg’s long list of iMDB credits, joked about her role as Bloomberg’s film agent before reflecting back on the city, her 12-year-run and the strength of her staff.

Before Midnight stars Ethan Hawke and Julie Delpy introduced Rick Linklater, and both were as thoughtful and loquacious as their screen personas might indicate. “Many filmmakers invite you to share their vision,” Hawke said, “but Linklater invites you to have a vision.” “I could die right now because Rick got the best of me,” said Delpy, “but I’m not going to because we might do a fourth,” referring to a possible next film in their series. Delpy also remembered Linklater’s days working on an off-shore oil rig and wondered what kind of film conversations he had with his fellow workers. Linklater’s speech was appropriately cinephilic, with the director beginning by running through a history of N.Y. independent film, citing directors from Shirley Clarke to Jim Jarmusch, and remembering the glory days of arthouse exhibition. His own first night in New York, he said, was spent watching a Chantal Akerman film at the Public Theater.

Steve Buscemi gave an emotional tribute to actor James Gandolfini, recalling the first time he directed him on the set of The Sopranos. He said he “didn’t know the meaning of ‘intimidation’ until that moment” but then went on to cite the actor’s dedication, craft, and the distance he had to travel from his own character to those of the people he played on screen.

Director Lee Daniels introduced his Lee Daniels’ The Butler lead Forest Whitaker with an at times confrontational (he paused twice to ask the chattering crowd to “shut the fuck up”) speech in which he recalled the tremendous feelings of anger he had after researching the history of the civil rights movement for the film. He credited Whitaker with guiding him past that anger on the set of the movie. But while the audience may have murmuring during Daniels’ intro, you could hear a pin drop when Whitaker stepped up to the podium to deliver a tender and deeply humble speech in which he described acting as a search for truth. “I’m just trying to remove the veil in front of my eyes and to discover my place in the world,” he said.