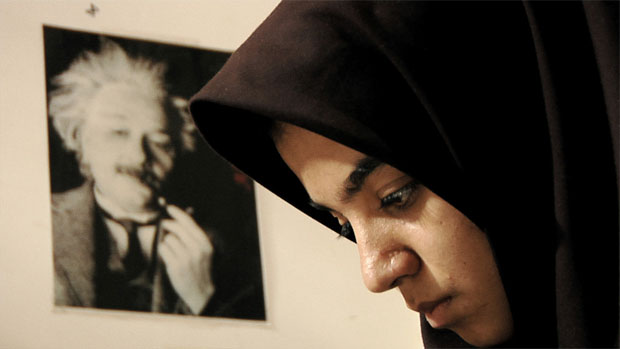 From the very beginning of filming SEPIDEH – Reaching for the Stars, I had the hunch that Sepideh, the protagonist would lead us into another story from Iran. She was only 14 years old when I met her the first time and her dream was as huge as her chances of coming into conflict with her conservative society’s limitations in order to make it come true. But Sepideh’s stubbornness, tenacity and willingness to fight to determine her own life from the beginning opened my eyes to a film that wouldn’t be the well-known story about suppression and sacrifice but about a young woman who personifies the potential that hopes and dreams are to create change and reach the unreachable – if you are prepared to go whole hog. I was deeply attracted to Sepideh from the very first day and I felt an urgent necessity to explore this other lesser-known potential of Iranian youth.

It was obvious for me to approach the film with an observational style instead of basing it on interviews as this is how I can challenge my own preconceptions and sharpen my attention to where Sepideh would take me, literally as well as in my understanding of her universe. But this approach also slowly extended my attention from focusing entirely on Sepideh to explore and try to get a grasp of the people surrounding her – in particular her mother, her uncles and her teacher and mentor Mr. Kabiri. When filming interactions between Sepideh and her mother, it was clear to me that the mother’s love for her daughter found its expression through attempts to cripple Sepideh because of the mother’s fear that her daughter will come to ruin her life – because to thread the other side of the red line of how a young Iranian woman should behave can in the worst case have fatal consequences, such as her uncle’s threat clarifies. But sharpening my attention to these primary people around Sepideh didn’t just deepen my understanding of the context in which Sepideh tries to reach her goals, thereby understanding Sepideh’s struggle and the nature of the limitations she is trying to fight. It also sharpened my attention to something just as big; that throughout these crucial four years in Sepideh’s life that I’m following, the coming of age of this remarkable young Iranian woman, the film was not only witnessing how Sepideh against all odds paves her way for her future but that she also manages to influence and change people surrounding her. Most clearly passing through when she fights back her uncle’s threat, making him understand that she’s not the only young person wanting to determine her own life, and eventually changing his attitude. It led my attention towards how Sepideh not just manages to make crucial changes in her own life but also in her surroundings. This is an achievement and a way to true empowerment and change.