I Went to the Movies in 2013. Thoughts Followed. 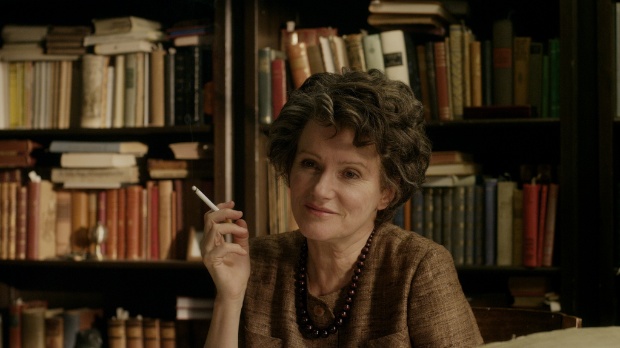 In 2013 I began watching over 500 movies and finished about half that number. (Film Critic Tip #1: don’t finish movies you plan not to write about that aren’t any good unless they are sublimely bad). Perhaps I’ve grown surly in my fourth decade or perhaps I always was. I just feel like I don’t have the time anymore. Sometimes I went weeks without watching a film, an unimaginable possibility in my recent past. Was this all driven by a sense that my life (and perhaps yours) will be shorter than we think, that the safeguards we’re building against the various signs of the times are beginning to erode? Or maybe I was just in a bad mood to start with — the last movie I saw in 2012, the deeply reprehensible and already forgotten Hitchcock (one that does a disservice to both the great master’s memory and the maligned categorization known as the “biopic”), a film I had paid to see (gasp!), alone, on New Year’s Eve, made me, as poorly conceived movies often do, skeptical of the whole stupid enterprise that is consuming motion pictures. But I kept going and let nothing stop me, not illness, not breakups, not depression, not apartment searches or barbeques or sex or doing the dishes. I was, and am, obsessed.

History, when shaped by the imperatives of markets, is often unkind to excellence, beauty, sublimity, truth. Funny, these are exactly the qualities I go to the movies to encounter. No one jumps into this film criticism racket for the lavish (or timely) pay, so those priceless things I just mentioned are what sustain my passion and reverence and attention for the pictures these days — although I indulge in the sausage-making aspect of the industry too, observing movies that deserve to live in personal memory and societal history, that keep you up at night or send you out into the afternoon with some jazz in your step and a freshly restored since of wonder or dread (preferably both), is what made me give a shit in the first place. They are what make all of the bullshit press releases worth it.

Because let’s face it — there are always better things to do. Life is short, distractions are plentiful and some days one looks up and realizes they can’t pay there rent or their mother is dying or the building down the street is on fire or the sky is really beautiful or they haven’t done anything meaningful with their life except, like the title character of Walker Percy’s just otherworldly The Moviegoer, haunt picture houses (or hang lights, or rep bad actors, or package middling, derivative indies produced by people you wouldn’t want to break bread with if you didn’t have to). So why go if you’re not going to have an experience worth pondering, if you’re not going to be utterly transported through the plastic tricks in the filmmakers’ tool box into previously uncharted emotional and intellectual spaces? If you can’t take it back out into the streets and do something with it, even just talk and share and parse, then what’s the point?

So from this point forward I’m going to discuss some of the movies that transported me in that way which makes this silly pastime, this fool’s lottery, this rich kids’ game, this hackwork where “the pay sucks and there’s no future in it” all worthwhile. No lists — you can find mine elsewhere if you’re really curious (already outdated, I would change them if I could). I’ll only talk about three films that came out this year, two that didn’t register at all in the public consciousness, and one that was among the highest-grossing movies of the year; none of them figure to make many year end “Best of 2013” lists. Each of them, perhaps because of the conditions under which I saw them, perhaps because of how they made me think about myself and the world, have stayed on my mind far more than many of those 500 attempts at “transportation” I referred to above. Including the ones of the foolhardy list.

But first let’s acknowledge some movies we won’t talk about at length — Sorry Miguel Gomes’ Tabu, which I saw the first Sunday of the year after its late December 2012 bow. C’est la vie, festival world gems that will likely never find distribution, like Jeremy Teicher’s Tall as a Baobab Tree and Drew Tobia’s See You Next Tuesday, two criminally under-appreciated pictures you’d do well to lay your eyes on. Bon voyage, Michael Schultz’s Bustin’ Loose, which is older and funnier than I am, a picture I first saw on an illegal stream in early February with an ex who used to snicker when I’d tell Richard Pryor jokes on the way to or from a party full of white people but who was warmed to him by that magnificent film, his and Schultz’s best. As much as I love American Hustle and The Wolf of Wall Street, I suspect we’ll be talking about those pictures, made by established, well known American auteurs and distributed by massive corporate entities who will make sure you know this movie exists, for some time to come.

In the middle of a long, hard summer in Ohio, a friend of mine told me not to see James Wan’s The Conjuring but for reasons that are different than you might think. The friend in question is a gay ex-goth rocker who had a pretty serious heart attack, likely induced by cocaine, in his early twenties. I’ll cut him some slack though; the coke problem cropped up after watching his boyfriend blow his brains out. Since then he’s become one of the leading figures in CAPER, which stands for Cincinnati Area Paranormal Existence Research. He knew Ed Warren and knows Lorraine Warren, the Christian demonologist and his trance medium wife who are the real-life inspiration for the protagonists of The Conjuring. He thinks they’re frauds. So my ghostbuster friend, a fellow ex-Catholic high-school iconoclast who distrusts the whole Christian bent found within the demonologists’ field, wouldn’t join me to see the movie. It pained him to hear it was “good.”

And it is. Mr. Wan manages to take a thoroughly tired subject, the haunted house, and make it into the stuff of real human drama and experience. That he knows how to frame shots in a way that leaves you wondering whether something is lurking just outside (or right in the damn middle) of a dim frame means he’s watched and absorbed plenty of Polanski and the better horror directors of the ’70s, but he has a fine way with actors too — he gets just the right amount of steely-eyed torment from Vera Farmiga as Lorraine, and Patrick Wilson was born to play stolid weirdos from Connecticut who aren’t nearly as beautiful in real life. The exorcism of Lili Taylor’s character at the end won’t be the first thing that scares you about the film, but it might be the thing that makes you cry two nights later in the middle of the night. Wan’s humor pervades the picture as well — it’s not just in Ron Livingston’s throwback haircut. The Conjuring is the rarest of things, a studio horror film built of relationships and wit as opposed to CGI. Wan has realized something that is quite profound: audiences are scared when people they’re interested in and empathize with are endangered. This, and the inability to know what lurks in corners and cabinets and under floorboards, is what the top architects of screen terror have always utilized to make the best entries in this most unfairly disreputable and lasting of film genres. Surprise and character, genre filmmakers, is much better than suspense and stereotypes.

Earliest in the year, I was in North America’s largest continental depression, La Grande, Oregon, at a truly brilliant little film festival on the first day of March when I watched Su Friedrich’s Gut Renovation on a Vimeo link. My computer, whose fan was dying, was resting on an ice pack to keep it cool and tethered to the TV in a townhouse the festival had rented for me. I was likely nursing a hangover, I can’t quite recall. The first day of screenings at the festival had yet to begin, and the film I’m writing about, a Marker/Godard-esque essay about the transformation of Williamsburg, Brooklyn, was not even a participant. The wages of gentrification in Brooklyn has rarely produced a document that approaches the subject in the freewheeling screech of rage that Friedrich, a veteran film essayist and professor at Princeton, has done here. The most salient and personal film about Brooklyn’s everchanging face since Hal Ashby’s The Landlord appeared in theaters some 43 years ago, Gut Renovation is a polemical howl in the night, a desperately angry and sidesplittingly funny look at one oh-so-mythologized neighborhood’s transformation/gentrification/urban renewal from the perspective of a woman whose utility to those who stand to profit from such things is marginal. Friedrich discovers, over the eight years she chronicled the neighborhood’s re-zoning and development and ruination, that she may have moved into the neighborhood from Laws of Gravity but she’s going to be forced out of the neighborhood from Girls — which, in some ways, feels like an apt description of what happened to indie films’ ideological bonafides.

A week later, in Miami, while in the midst of a terrible flu and considerable romantic confusion, I saw Margarethe von Trotta’s Hannah Arendt. I’d urge my American Jewish friends who tacitly (or not so tacitly) support the occupation in Gaza and the West Bank and the cold (hopefully never hot) war with Iran to see (and ponder) Ms. von Trotta’s film, but that’d be like Charles Krauthammer urging me to watch a documentary about Thomas Sowell or something. Regardless, von Trotta’s movie, a handsomely and economically constructed, magnificently written and elegantly performed look at the brouhaha caused by the German-Jewish philosopher in the aftermath of her controversial coverage of Israel’s Eichmann trial for The New Yorker in the early ’60s, makes important points (beyond “the banality of evil” that we’re all capable of): in an age dominated by tribalism and racially tinged class stratification, your brother is no better than anyone else’s, and a love and protection of “a people” on ethnic and religious grounds that overrules universal principles of justice and liberty, a love that can obscure or explain away great crimes as obvious as the sun rising in the east, is no love and no protection at all. Paranoia, narcissism, victimhood and great weaponry are always a dangerous mix, whether in the Rhineland of the 1930s or various theaters of discord today.

But what’s really special about Hannah Arendt is that it does something, with seeming effortlessness, that movies almost never do. It lets the audience watch, in rapture, as its protagonist, dutifully played by Barbara Sukowa, thinks. Cigarette in hand, back on couch, eyes pinned to the ceiling or out the window, watching her you get a sense that ideas are forming in someone’s brain. It happens to be, in this case, nothing short of exhilarating.