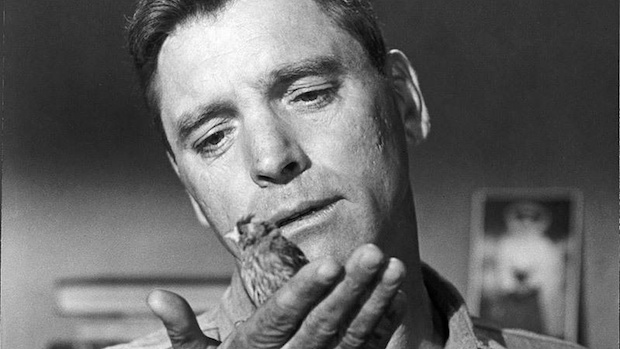 Held once a month on a Saturday and lasting the whole day, CPFF is an online film festival with both public and private viewing capabilities.

Conceived by Sherri Wasserman, “a citizen of the realm of timezone independence,” the idea is that viewers watching solo from their homes or private spaces can connect with other viewers watching the same film at the same time. The theme of the festival, born out of this concept of the solitary viewer, is “Prisons Real & Imagined.” Wasserman explains the ideas behind the festival:

We, as a group of watchers, are (mostly) in physical isolation. We watch films on various forms of isolation (hence the theme Prisons Real & Imagined), while physically isolated but virtually connected. We are isolated and connected, watching and discussing items that address isolation of various types.

These elements inspired the format, instigated the theme, and inform my choice of films (both for inclusion and combination with one another within individual sessions).

I was lucky enough to be asked to participate in the back channel chat of this festival. For me, watching a film I am already familiar with — for example, Cool Hand Luke — has been most satisfying, because I was able to actively participate in the chat without worrying that I would miss some critical portion of the film. That said, it was also rewarding to see films for the first time, such as Errol Morris’ Standard Operating Procedure, and be able to engage in a conversation about select scenes or choices that I knew other viewers had just seen at the same time.

Wasserman has put a considerable amount of thought into challenges, such as disparate time zones, how viewers can access films, and where the balance between the public and private viewing experience should fall. Public viewers can find the schedule and then follow in conversation with others on Twitter by using the hashtag provided, while back channel chat users are in direct chat conversation with each other and can also choose to tweet.

Wasserman has advice for those who might want to set up their own festival:

Be mindful of the rhythm of the programming throughout the day. Even though many of the participants watch for only part of the day, or come in and out of the watching/conversation as they’re able, the programming is very deliberate. Lighter fare comes after really difficult topics. Two films with subtitles are never scheduled in a row. Four of our five CPFFs to date have included four different directors, and one was a single-director marathon. Both worked well; they worked differently.

Wasserman also says the concept has attracted viewers from all over the world:

We’ve had participants from Abu Dhabi, Arizona, Denmark, Massachusetts, New Hampshire, New York, Switzerland, the UK, and Vermont. One of our regular participants joined us while traveling for a conference; he watched from a hotel room in Virginia.

We’ve had 3-10 participants on the backchannel at a time. We average between 3-7 active watchers for any given film. Typically, a few people watch all day and most watch 1-3 films. The most people we’ve had watching at one location at one time is 3; most often, one person watches per location.

The next CPFF will happen on January 25th beginning at 10:00 AM Eastern Standard Time. The films to be screened are Barry Levinson’s Sleepers, John Frankenheimer’s Birdman of Alcatraz and Michael Bay’s The Island. The Twitter hashtag for discussions is #CPFF8, and screenings will be synchronized by the World Clock.