Sundance MVP Alex Bickel on the Role of the Colorist 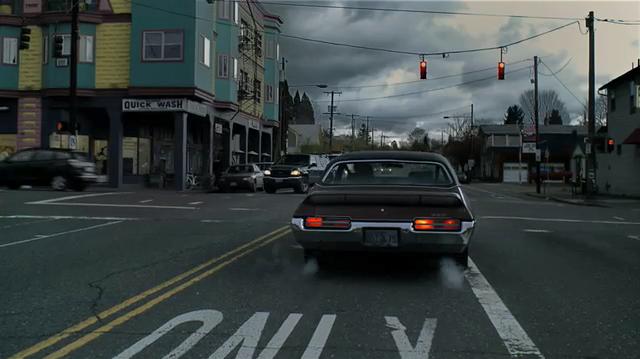 by Sarah Salovaara
in Filmmaking, Post-Production
on Jan 30, 2014

The post-production process is an often underestimated one, both in the amount of work it necessitates and in its shaping of the final product. From an outside perspective, viewers may assume that a film’s visuals are simply captured on-set, in camera, and transferred to screen without much alteration. In reality, color grading the camera’s images is an art form unto itself.

Over at Hammer to Nail, Chad Hartigan, director of last year’s Sundance NEXT inclusion This is Martin Bonner, interviews his colorist Alex Bickel, whose fingerprints were on a whopping six titles in Park City earlier this month: Blue Ruin; Camp X-Ray; Kumiko, The Treasure Hunter; Land Ho!; The One I Love; and Ping Pong Summer.

Bickel, who originally aspired to the screenwriting trade, provides some fascinating insight into his working process with d.p.s and directors, as well as the nuts and bolts of this under-appreciated, essential creative endeavor. His role, he seems to suggest, may best serve productions that are willing to bring him on before post even begins:

Some of my most rewarding experiences have come from my visiting set, like on Aaron Katz’s movie Cold Weather, I was out there the first couple days working with [d.p. Andrew] Reed and that was a really awesome learning experience for, I hope, both of us. I was able to help him, I think, change a little bit on the day about his lighting knowing what I was seeing in the waveforms and what I would see in post and I certainly saw how a d.p.’s job, or just how they light, makes you think differently as a colorist about the process and became a lot more forgiving.

He also explains why producing teams should always budget accordingly when it comes to post:

There’s risk of when you’re budgeting a film, you want to put all your money up on the screen, and some people forget that post-production is the last thing that goes up on the screen. They throw everything they can at the art department and cinematography and locations and everything else and then they kind of shortchange themselves in post, which can really lead to undercutting the value or final sale of a movie. Because I think a good grade can make a movie seem like it had a higher budget and in the independent film world, the perception of how much money you put up there on screen can really affect the lives of everyone involved.

It’s an interesting, worth-while read that serves to remind us that no step of the (independent) filmmaking process can afford to be shortchanged.