The Radiant Godfather’s Trusty Sarcophagus: A Requiem for René Ricard 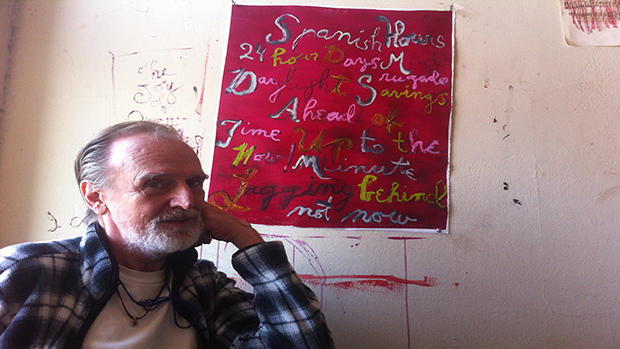 by Michele Civetta
in Filmmaking
on Feb 5, 2014

Ricard was published as a teen in the Paris Review in 1967. During the ’70s and ’80s, his articles for Artforum magazine helped launch the careers of Jean-Michel Basquiat, Keith Haring, Julian Schnabel and Francesco Clemente. 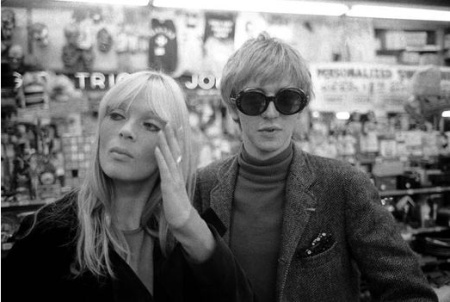 Upon meeting the pop artist Andy Warhol and his protégée, Edie Sedgwick, Ricard found his feral adopted family and went on to appear in the 1965 film Kitchen, and the following year, he starred in Warhol’s Chelsea Girls, and Eric Mitchell’s Underground USA.

Throughout the ’70s, several prominent magazines published Ricard’s poetry. In 1979, the DIA Foundation put out his first poetry anthology, René Ricard 1979 – 1980, which was modeled after the Tiffany Christmas catalog, Francesco Clemente and Raymond Foye would later publish another anthology, God With Revolver and subsequently Trusty sarcophagus & co.

In his later years, Ricard immersed himself in turning his poems into artwork, sometimes painting over others’ works with his own words. His pivotal Downtown 81 role as poetic patron to Jean Michel Basquiat was commemorated in Julians Schnabel’s biopic with Michael Wincott interpreting the role of Ricard, bringing new acclaim and cementing the legacy of one of NYC’s great artistic personalities and poetic spinsters. His collaboration continued to the time of his death with Lola, Stella and Vito Schnabel in a myriad of endeavors. like a Vasari-esque commentator breathing fire and inspiration into younger generations of artists

The Will to death is what keeps me alive…
Once upon a time, Rene and I sat watching Titanic. After enacting an oral survey of every piece of furniture on the boat and the historical veracity or inaccuracy of each prop recreated on the ship, Rene was prompted to shut the fuck up by fellow theatergoer as the ship began to capsize. In spitfire response Rene threatened to pull a switchblade on the moviegoer and the conversation drowned to a frozen halt along with the last of the Titanic members. He was bluffing, there was no knife, just the iron-clad conviction that what he was obsessing over had greater validity then the popcorn flick everyone else was partaking in.

Or there was the time discussing the mechanics of the tracking shot at the beginning of Touch of Evil and how the Venice beach arcades doubled quite well for Mexico we alienated an entire theater of cineastes. By the time the time bomb had detonated 3 minutes and 20 seconds later Rene cleared three aisles in the Film Forum and management came over to intervene. Realizing it was only Rene watching a movie again we were pardoned and asked to pipe down for the rest of the film until Rene screamed at the top of his lungs, “You should lay off the candy bars” at the arrival of Dietrich onscreen.

I reference these moments as anyone who knew Rene can attest to the quirks and particulars of his elegiac love of art and his irascible, rebel chic “life as art” coat of arms. Rene, whether in deciphering creations or experiencing street life, was the kind of person who saw through things to their mercurial core, to the poetic essence of their multidimensional scheme. He made you understand the importance of everything and insisted on transpiring his passion. A mind elucidating a poet’s path to oblivion like a Socratic discourse, resonating and echoing the ravings of Baudelaire, Whitman or the beat Poets he was the progenitor of. 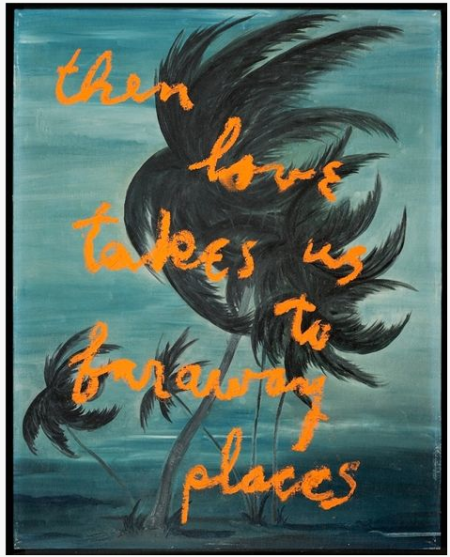 “Then Love Takes Us To Far Away Places,” by Rene Ricard.

After the Fall
I first encountered Rene at Donald Baechler’s house in the late ’90s while studying at NYU. He erupted into the artist’s studio like a mythological modern-era, Caravaggio-esque cajoling antihero, his Hellenic hooknose, Rimbaudian boyish looks and Civil War-era Confederate cap making him like a displaced Yankee on the run, crusading towards art crimes for humanity. Rene became a surrogate godfather, touring me around the city, visiting museums and galleries galore. Doling out poetry books in between chain-smoking Pall Mall cigarettes and raving eloquently over the import of every street corner or flower you passed in the streets. I convinced Rene to act in my first larger-scale student film after I showed him a video I made for Lou Reed. He agreed to under the caveat that I would visit a list of holy Renaissance painting sites in Italy on an upcoming spring break. I was given a postcard with names of people to visit, including a priest who was Pasolini’s lover, and paintings to see between Asciano, Montevarchi, Pienza and Arezzo. An oddball art crusade and devotional adventure. When I returned to NYC with my assignment complete we went to work on the student production to the eyebrow raises of my producer and production team. There really is no easy way to ever explain a person with the grandeur of Rene. It’s like witnessing a volcanic eruption, or an opera for the first time. He is a force of nature that was proof of the divinity of what genius is referred to. On set Rene was exacting down to every detail of the short film’s production, heckling our cinematographer, insisting on high key beauty lighting and vaseline on the lens in homage to the silver screen heroines he adored. He was generous with the other young actors and artists, Ernesto Caivano and Tara Subkoff, during the shoot. Rummaging through local pawnshops, he tracked down relics to decorate the set and gift people with. When we finished filming Rene insisted he wouldn’t watch the film as it would betray his vanity. Something that held true for when he worked with Warhol all the way up to his final film appearance in the upcoming directorial debut of Jake Hoffman’s Asthma, in which Rene plays an extravagant drug dealer named Juan. When I had to overdub some lines and record a voiceover Rene insisted on creating the whole narrative impromptu, and the words aligned magically with the images that had captured him. Some sort of celluloid process of transubstantantiation that reminds me of the story of Bobby Beuasoleil’s recording of music for Kenneth Anger’s Lucifer Rising from inside San Quentin from memory after only viewing the film once.

On a recent trip to Rome Rene finally agreed to look at some images from the film as we toured the Capuchin monastery. He was jovial, skipping through the city that inspired the great works of Michelangelo while wearing a daisy tucked behind his ear, referencing a famous John Donne poem as we entered the famous Roman crypts. We discussed working on a new film together as we enjoyed high tea at the Hassler hotel, where Ricard once had dinner with Orson Welles in a post Dolce Vita-era incarnation of the eternal city.

In a humble attempt to eulogize one of the great mentors in my life, a person who personified and taught me the essence of the life of the artist, I take solace knowing Ricard has enriched and inspired so many fellow misfits, dreamers of impossible dreams, and that he is laughing in high heavens at the imperial throne of the great bards, pranksters, beautiful freaksters of the demimonde that he encapsulates. Go in Peace as:

Death be not proud, though some have called thee?
Mighty and dreadfull, for, thou art not soe,?
For, those, whom thou think’st, thou dost overthrow,?
Die not, poore death, nor yet canst thou kill mee.?
From rest and sleepe, which but thy pictures bee,?
Much pleasure, then from thee, much more must flow,?
And soonest our best men with thee doe goe,?
Rest of their bones, and soules deliverie.?
Thou art slave to Fate, Chance, kings, and desperate men,
?And dost with poyson, warre, and sicknesse dwell,?
And poppie, or charmes can make us sleepe as well,?
And better then thy stroake; why swell’st thou then??
One short sleepe past, wee wake eternally,?
And death shall be no more; death, thou shalt die.
John Donne