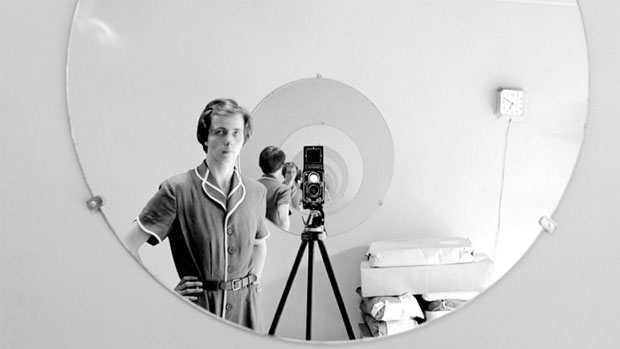 So you say you’re an artist, but you’re not publishing your stuff? You’re a photographer, but you’re not on Instagram? You’re a writer, but you’re not on Twitter? Well look out buddy, because that just won’t stand. There’s gonna be a documentary about you. I mean what kind of person doesn’t throw themselves at the feet of fame? What kinda weirdo does art for the sake of art and not public adoration? This is too baffling, too inscrutable, too foreign a concept. Not only are we gonna make a movie about you, but we’re also going to dredge up every detail about your personal life that we can find. We’re gonna psychoanalyze you too. We may not have any background in psychoanalysis or any PhD, but that’s not gonna stop us from speculating wildly about your mental state. Enigmas must be made concrete. Gray areas must be turned black and white. Magic must be anatomized and secrets must be unveiled. This is how it works in a literal and fundamentalist culture that is scared to death of its own shadow. So buck up, baby.

Finding Vivian Maier, a whopping 95 percent “Fresh” on the ever so subtle Tomatometer, is yet another doc that is very uncomfortable with someone’s privacy. Like last year’s Salinger, it aims to out its subject in every way it can. But in both of these flicks, the artist is so much deeper than the filmmakers that not much is revealed at all. One can dig up literal dirt, hard facts, crude anecdotes, but one can only touch mystery with a mysterious hand. One can only touch softness with softness.

The directors of Finding Vivian Maier use a lone letter from her to a printer, with a triumphant score underneath it, to tell us that Maier did in fact want to show her work! Well, maybe she did the day she wrote that letter. Maybe there were other times where it wasn’t about that at all. Maybe a lot of the time it was photography for photography’s sake. Maybe a lot of the time it was simply a human being expressing their love of the world. And their hatred of the world. And their understanding of the world. Seen photo, not seen photo: no difference sometimes. A picture locked away, utterly complete unto itself. Is that picture tragic for not hanging at MoMA? Maybe. Then again, maybe there’s tragedy in hanging at the MoMA too.

We want beautiful, extraordinary art. But then we drag the artists through the main street mud for…for what? For walking funny or talking weird or having rumored strange sexual habits. We want Holden Caulfield and Seymour Glass, but please, Mr. Salinger, behave in normal ways. Go on Charlie Rose, for chrissakes. Publish your work at regular intervals, and dammit, do it while you’re alive so we can pick your brain about the work. Don’t make us, like, use our imaginations. I mean geez.

At one point we hear Vivian Maier tell the kids she’s babysitting that she is “a mystery woman.” A voiceover quickly interjects that perhaps Vivian wanted to be someone else. Well, yeah, maybe. Or maybe she was just saying her truth. She was a mystery woman. God forbid that she related to herself like that. If she said something like “I’m Vivian Maier, I am from New York, I’m 38, I’m white, I’m 5 feet 10, I’m lower class, I’m a nanny,” ain’t very likely she’d be able to take photographs of street people that make one feel like they are looking into the souls of the subjects, and also the soul of the photographer. The photographs would probably feel a lot more sterile.

We live in a time where people are more and more fearful of being seen as crazy or freakish or bizarre. Kids call other kids “stalkers” on Facebook just for walking by someone’s house with a slow gait. The path to being labelled a pervert is shorter and shorter. And there is that extremely dismissive and imperceptive word floating around, ever so readily: “creepy.” It’s creepy to pack your photos in a box and not show them. It’s creepy to lock up your novels in a vault. And hey, really, what’s with all the young girls, Humbert Humbert? Don’t you know we’ll make you a pariah?

At the end of both Salinger and Finding Vivian Maier, big swelling music accompanies the scoops du jour: Vivian’s photos are everywhere, popular, a smash hit with the masses! And Salinger is publishing a bunch of books posthumously! Ya heard it here first, don’t forget. But these movies are too busy revealing the artists to actually reveal them. Perhaps this is the one great and solacing lesson we get from these docs: True mystery, protected or dissected, is true mystery. The rest is just a bunch of hardened blind people talking shit about the dark. Mystery, it turns out, is its own protection.