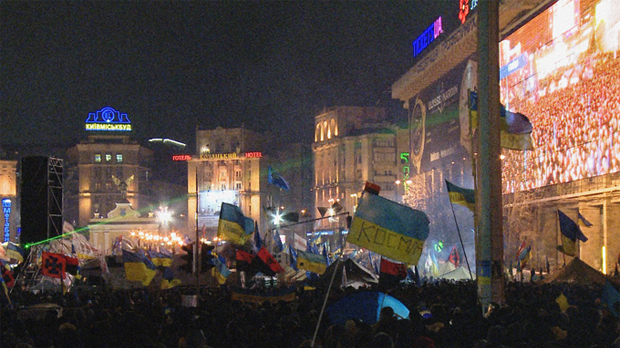 Some notes of interest from the Cannes Film Festival as it enters its closing stretch:

• Programmed in the less-exhaustively covered “Un Certain Regard” section, Philippe Lacote’s Run is the first film from the Ivory Coast to play at Cannes in 29 years. In an interesting interview with Reuters’ Michael Roddy, Lacote gets into the historical particulars of his genre movie and has some words about his relationship to the festival’s most prominent African film, Abderrahmane Sissako Timbuktu. “The problem with the international festivals and with European and American audiences is this ‘vogue,'” he notes. “People in the Occident want one king of African cinema and then, after we ‘kill him’, we put in a new king. We are a continent three times bigger than Europe and you can have five or six directors and different sets of eyes. So for me there is no ‘vogue’, there are personalities who work to say something.”

• Loathsome concealed camera conservative prankster James O’Keefe is at it again. At Cannes today, he’s unveiling his latest sting, in which one fake “Muhammed” dupes Ed Begley Jr. and Mariel Hemingway into accepting Middle Eastern oil money to fund an anti-fracking movie. The video also has phone conversations with environmentalist documentarians Josh and Rebecca Tickell, who would have taken the money in the name of getting their work funded as long as the funding sources were kept secret. “It was a bit of an American Hustle, with bad acting and worse hair,” Josh tells The Hollywood Reporter‘s Paul Bond. “Had an offer been made, significant due diligence would have been conducted.”

• Something far more important: Russian director Oleg Sentsov was arrested last week by Russian authorities at his home in Crimea. Sentsov had been involved in “helping Ukrainian military officers who do not support Russia’s annexation of Crimea leave the territory,” as reported by The Hollywood Reporter‘s Nick Holdsworth and Vladimir Kozlov. The director hasn’t been heard from since Sunday and has been charged with terrorism, a charge that seems spurious. Ukrainian director Sergei Loznitsa (My Joy, In The Fog) is at Cannes to show his out of competition documentary on the recent Ukrainian turmoil, Maidan, which screened for the first time this morning. Russian-speaking readers can read this interview, in which Loznitsa calls Sentsov’s arrest “absolute savagery.”

• In Loznitsa’s urgent spirit, let’s close with some words from Luc Dardenne, speaking after the premiere of the Dardennes brothers’ latest, the highly acclaimed Two Days, One Night, in which Marion Cotillard has a weekend to convince her co-workers to choose to sacrifice their annual bonus so she can keep her job: “I think that solidarity is still possible today. In any case that’s what the film sets out to show.”